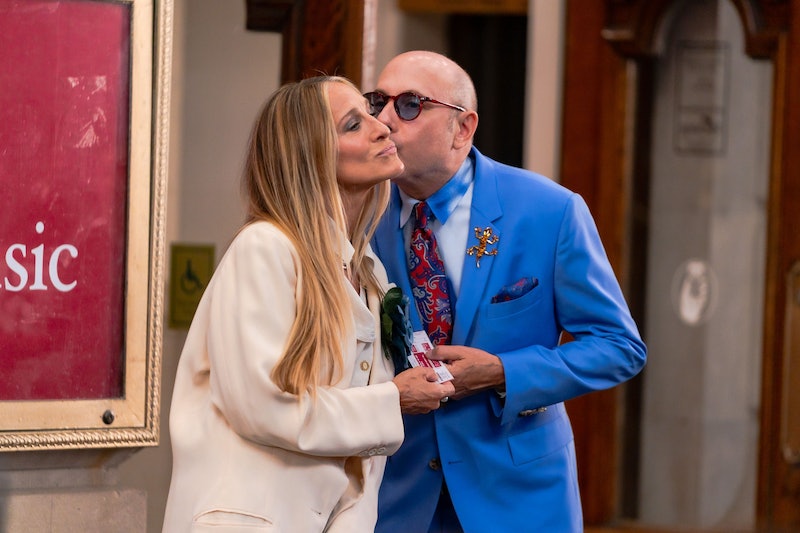 Stanford Blatch was one of a kind. Through six seasons (and two movies) of Sex and the City, Willie Garson’s Stanford was a ray of sarcastic sunshine. Carrie (Sarah Jessica Parker) could always rely on him to show up in times of need, to make her laugh when laughter felt impossible, to be straight with her when she looked awful (the sound of him screaming, “She’s fashion roadkill!” after Carrie’s runway wipeout still rings in my ears).

When the world learned of Willie Garson’s sudden death, the cast and fans alike paid tribute to Garson’s iconic work on SATC and beyond. He spent his final days working on And Just Like That, keeping his illness a secret from the cast. Eventually, when things got very serious, he shared his pancreatic cancer diagnosis and left the shoot to be with his son Nathen. “That day was excruciating,” Sarah Jessica Parker recently told Vulture. “To be in a fictional world of the loss of a life, but in the real world, of somebody that you knew was sick — that was his last day working with us.”

Stanford appears in the first three episodes of And Just Like That, and with the fourth airing this week, we finally know how the SATC reboot writes out Stanford. Showrunner Michael Patrick King told Vulture that while he had hoped they could expand on Stanford’s storyline or at least bring him and Carrie together for one last scene, it was just not possible. “He was very realistic with me; he said, ‘Please, don’t think I don’t want to do [the scene] — I can’t,’ King recounted.

The scene that explains Stanford’s absence starts with his husband Anthony Marentino (Mario Cantone) showing up to Carrie’s apartment looking very upset. Carrie reads a note that Stanford left for her, detailing his plans to follow his passions to Japan, where he will be managing the career of a 17-year-old TikToker. Anthony explains that Stanford’s decision was sudden and he simply couldn't face Carrie to tell her, considering she had just lost her husband. Before his departure to Tokyo, he also left a note asking Anthony for a divorce. Carrie is shocked, and the two comfort each other. The scene comes off a bit clunky, but its brevity makes sense under the tragic circumstances. In life and on TV, goodbyes are often messy. But fans will always remember Stanford as he was: holding a martini, railing cigarettes, dressed in some ridiculously colorful plaid suit that no one else could have pulled off.

The cast is clearly still reeling from Garson’s passing. All of them gave heart-wrenching tributes that capture Garson’s essence as a profoundly funny man, a devoted father, and a world-class co-star. Parker was his friend for 30 years, long before they were bantering back and forth on SATC. Kristin Davis, who plays Charlotte, first met him on set for the X-Files and he made her laugh as soon as he said hello. He made an impact on the entire cast, bringing humor wherever he went. "I miss him," Cantone told People. "He made me laugh so hard. He was a great TV husband... He was loved, and he was brilliant and hilarious. He was everything. I miss him a lot."

More like this
Here’s What Happens To Bill & Frank In 'The Last Of Us' Video Game
By Brad Witter
The 'Gossip Girl' Reboot Creator Is “Looking For A New Home” To Air A Potential Season 3
By Brad Witter
The 8 Best Aidan Shaw Moments On 'Sex And The City'
By Grace Wehniainen
Melanie Lynskey Plays A “Ruthless Leader” In 'The Last Of Us'
By Brad Witter
Get Even More From Bustle — Sign Up For The Newsletter
From hair trends to relationship advice, our daily newsletter has everything you need to sound like a person who’s on TikTok, even if you aren’t.