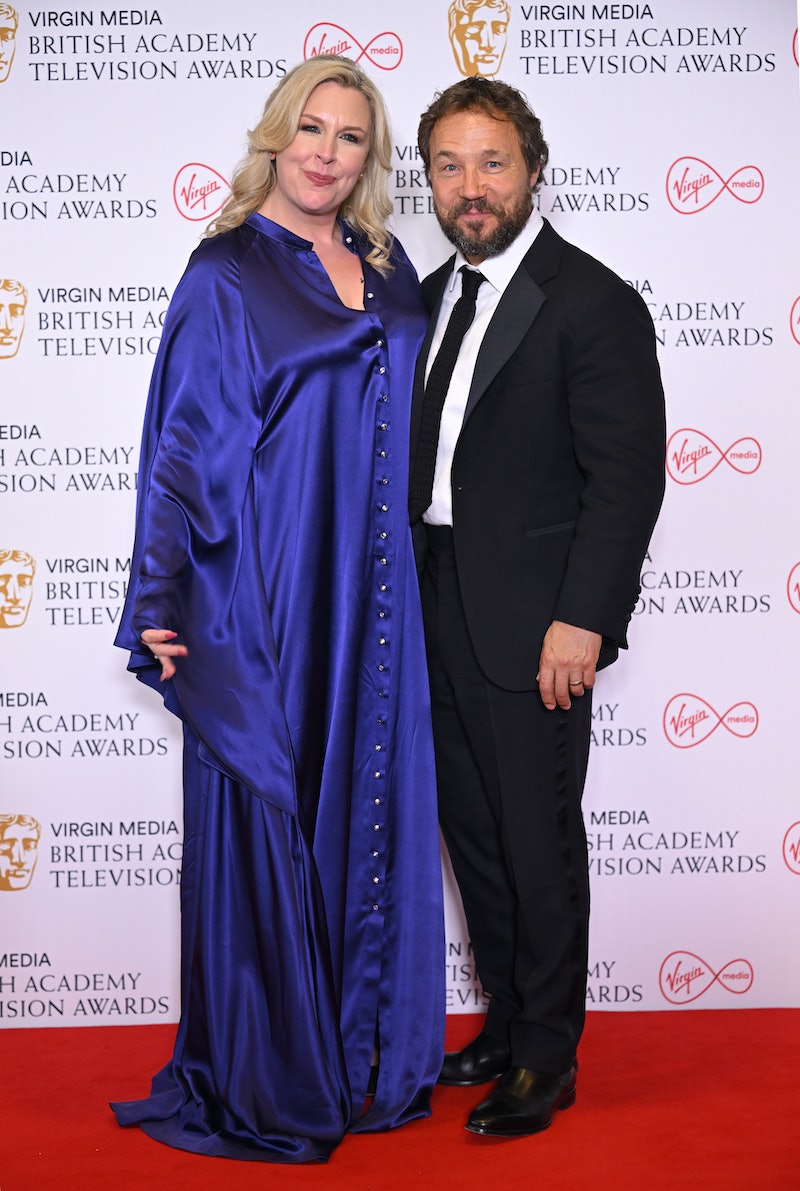 Following his performances in Time, Line of Duty, The Irishman, and many more, Stephen Graham has become one of Britain’s most notable acting talents. Now starring in the third series of Sky Comedy’s Code 404, and with an upcoming performance as Mr. Wormwood in Netflix’s adaptation of Matilda: The Muscial, it’s an ideal time to learn more about who Graham is away from the cameras.

As it happens, Graham is married to fellow actor Hannah Walters, who you may remember starring alongside Graham in Time as his on-screen wife and in the 2021 film Boiling Point. The pair met whilst attending Rose Bruford College of Speech and Drama in London. Despite quickly becoming “bezzies,” as Graham told Leicestershire Live in 2018, it took a while for their relationship to blossom beyond friendship. It wasn’t until Graham experienced a breakdown in his late teens that led him to attempt suicide that their relationship changed. “This is kind of where Hannah came into my life properly,” he told Lauren Laverne during an episode of BBC 4’s Desert Island Discs. “She knew what happened. She was always in close contact with my mum.”

Their bond immediately strengthened, and it soon turned romantic. Graham made the ultimate move when Walters was about to permanently move to Spain. “We were waiting at New Cross train station and I said to her: “Please don’t go to Spain. I love you,’” he explained. “She went, ‘I’ve been waiting for five years for you to say that.’ The next day we moved in together.”

The couple later married in 2008, and went on to have two children together, Grace and Alfie. Shedding light on the couple’s relationship, the Code 404 star previously revealed to the Mirror how, due to his dyslexia, Walters will regularly step in to help read scripts for him. “My buffer system is my missus. She reads them first. If they’re good I have a look. She’s turned down a few fantastic ones, but that’s another story," he explained.

2021 was a big year for the couple acting-wise, as they brought their chemistry to the forefront of the BBC series Time. As an executive producer on the show, Graham brought up Walter’s name while the show was being cast — much to the dismay of Walters. “I was quite cross when he suggested it. I want to get parts on my own merit and not, let’s be candid about it, because of Stephen,” she told inews. Instead, she made her husband “go through proper channels” and submitted an audition tape. Walters got the part by herself, but often thinks how funny it would have been had they been told they weren’t vibing as a fictional couple. “Can you imagine if they said we had no chemistry?” she exclaimed.