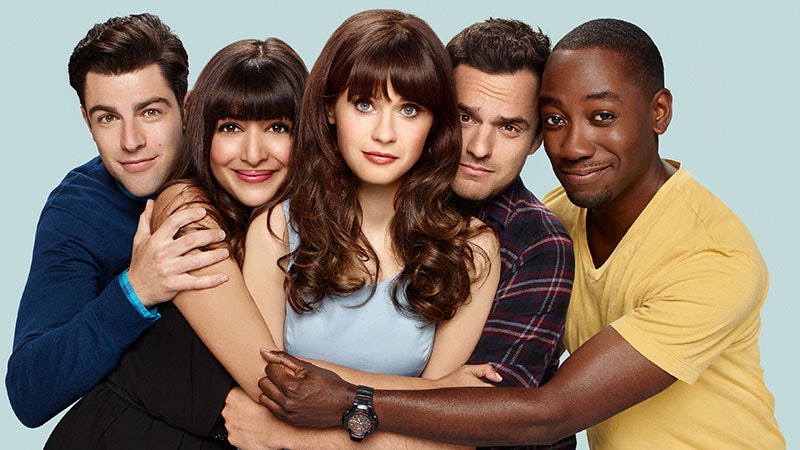 After working her way into Hollywood with films like Almost Famous, Elf, The Hitchhiker’s Guide to the Galaxy, and Failure to Launch, Zooey Deschanel scored her first major TV gig as the titular character in the Fox sitcom New Girl. Her quirky and charming persona paired beautifully with her co-stars. The show was a success from the moment it began airing in 2011, picking up five Emmy nominations and five Golden Globe nods during its seven seasons before its series finale in 2018.

Several years after concluding, New Girl is still a major success for Netflix, and the cast members have continued to discuss it even now in 2021. Rewatching the pilot a decade after it aired was a fun experience, as it’s clear from the get-go that the show is something special, and there’s so much to love upon first watch (or first rewatch), but not everything is perfect.

Here are my five major takeaways as I rewatched the pilot.

Of Course, Schmidt Takes His Shirt Off

Max Greenfield was perfectly cast as Schmidt, who audiences understand to be perhaps a lady's man, or maybe just someone who considers himself to be one. He’s a great fit for the role, as he has excellent comedic timing, he can summon a pompous energy out of nowhere, and, well, he’s hot. Less than five minutes into the first episode of New Girl, he finds a way to take his shirt off, and while the flex is meant to be annoying and the kind of move that forces everyone watching to roll their eyes, mine stayed planted squarely on the actor’s bare chest.

The Use Of “One Of Us” Is Comedy Gold

Halfway through the episode, the scene cuts away to a memory from Jess’ past, and in just a few seconds, the flashback provides perhaps the biggest laugh of the pilot. A pre-teen Jess is strumming her guitar and screeching along to Joan Osborne’s “One of Us,” a staple for anyone who grew up in the ’90s. Her friends clearly aren’t enjoying the spectacle, and one boy begs for it to stop. The quick spot is embarrassing and hilarious, and it paints a perfect picture of who Jess is.

After Schmidt removes his shirt (for the first time), his roommates force him to put money in “the jar,” which turns out to be known as “the douchebag jar.” Think of it like a swear jar, but he has to forfeit a dollar every time he acts like a total douche. It’s a funny moment, and thankfully it’s not one that disappears. Throughout the pilot, Schmidt is forced to deposit cash into the jar at least five times, proving himself to be one hell of a lovable douchebag.

Damon Wayans Is A Quick Exit, For Now

When the world first meets Jess and her soon-to-be roommates, we see Nick (played by Jake Johnson), Schmidt (Greenfield), and Coach (Damon Wayans Jr.). It looks like a fun cast, but things are shaken up immediately after the pilot. Those who kept watching noticed that by the second episode, Coach had been replaced by Winston Bishop (Lamorne Morris). It’s very weird, but these types of swaps occasionally happen in sitcoms. As if that wasn’t odd enough, Coach actually returns in Season 3, only to leave the show once again in Season 4, though he continued to appear as a guest star until the final season. Coach and Winston even appeared in scenes together.

By the end of the episode, the three men in the apartment have all made it to the party they so desperately wanted to attend, and while it looks like it might be fun, it certainly wouldn’t fly by today’s standards. The event is apparently a fundraiser for some cause connected to Native American communities, but it’s also a costume party. Eventually the camera shows a white woman bouncing up and down in a bastardized version of what is probably supposed to be traditional Native American garb. It may have been a fantastic visual gag at the time, but looking back a decade later, it doesn’t come off as appropriate. Thankfully, the gang doesn’t quite make it into the soiree, instead choosing to go support Jess, which makes them even more likable.