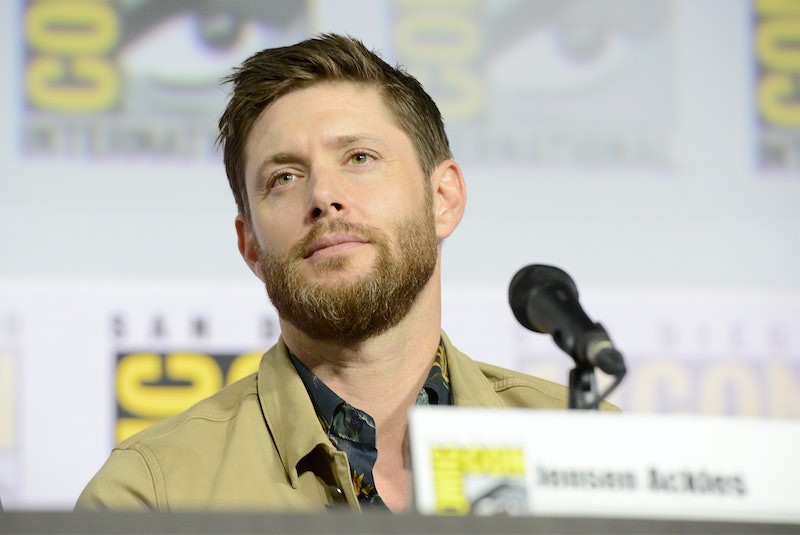 Supernatural ended less than two years ago — but if you’ve been a big fan of the show since the early days (maybe even the Tumblr #superwholock days), that’s way too long to go without the Winchesters. Fortunately, your favorite monster-hunting family will be back. The Supernatural prequel, The Winchesters, officially received a pilot order on Feb. 3, per Deadline.

If you’re feeling a serious sense of deja vu right now (as in, didn’t we already know a spinoff was on the way?), don’t worry. You’re not wrong — the spinoff was first announced to be in development last summer. The latest news just means the CW is officially interested enough to put a pilot together and, hopefully, commit to an actual series later on.

Of course, the highly anticipated spinoff series has already seen its share of drama before even going into production. Once Jensen Ackles announced the project and his return to the role of Dean Winchester, Jared Padalecki, who plays Dean’s brother, expressed his disappointment that he hadn’t been filled in first. “Dude. Happy for you. Wish I heard about this some way other than Twitter,” he tweeted at the time.

Wondering what to expect from the new spinoff? Here’s everything you should know about the Supernatural prequel, The Winchesters, so far — including the plot and potential release date.

As Deadline reported last summer, the Supernatural prequel will revolve around Sam and Dean’s parents but will be “told from the perspective of narrator Dean Winchester.” Per the official synopsis, “The Winchesters is the epic, untold love story of how John met Mary and how they put it all on the line to not only save their love, but the entire world.”

Ackles will serve as narrator, and new faces will take on the leads for The Winchesters. According to The Hollywood Reporter, Meg Donnelly and Drake Rodger will star as Mary and John Winchester, originally played by Jeffrey Dean Morgan and Samantha Smith on Supernatural. Donnelly is most known for her role on ABC’s family comedy American Housewife, and Rodger was last seen in the Paramount+ original film The In Between.

And sadly (but not that surprisingly), Padalecki has not been announced for the new spinoff. He previously tweeted that he was “bummed that Sam Winchester had no involvement whatsoever,” but seems to have moved beyond all that aforementioned drama. In fact, in a later tweet, he said “the show is early in the process with miles to go” and that he and Ackles are “always brothers.” So the possibility of his involvement still feels a tiny bit plausible.

The Winchesters has only received a pilot order so far, which means when (or if) we actually get to see the show is still a mystery. Casting and filming the first episode should be happening now during pilot season, and if the series is ultimately picked up by CW, then The Winchesters could potentially debut this fall.

This post will be updated with the trailer, release date, and additional plot details as more information on The Winchesters becomes available.

More like this
A New 'And Just Like That' Table Read Pic Confirms A Key Character's Return
By Jack Irvin and Grace Wehniainen
'GoT' Star Emilia Clarke Says She "Just Can't" Watch 'House Of The Dragon'
By Brad Witter
Everything To Know About 'RHONJ' Season 13
By Brad Witter and Jake Viswanath
The 'Scream 6' Trailer Shows Off Hayden Panettiere's Return & Ghostface In NYC
By Jack Irvin and Jake Viswanath
Get Even More From Bustle — Sign Up For The Newsletter
From hair trends to relationship advice, our daily newsletter has everything you need to sound like a person who’s on TikTok, even if you aren’t.