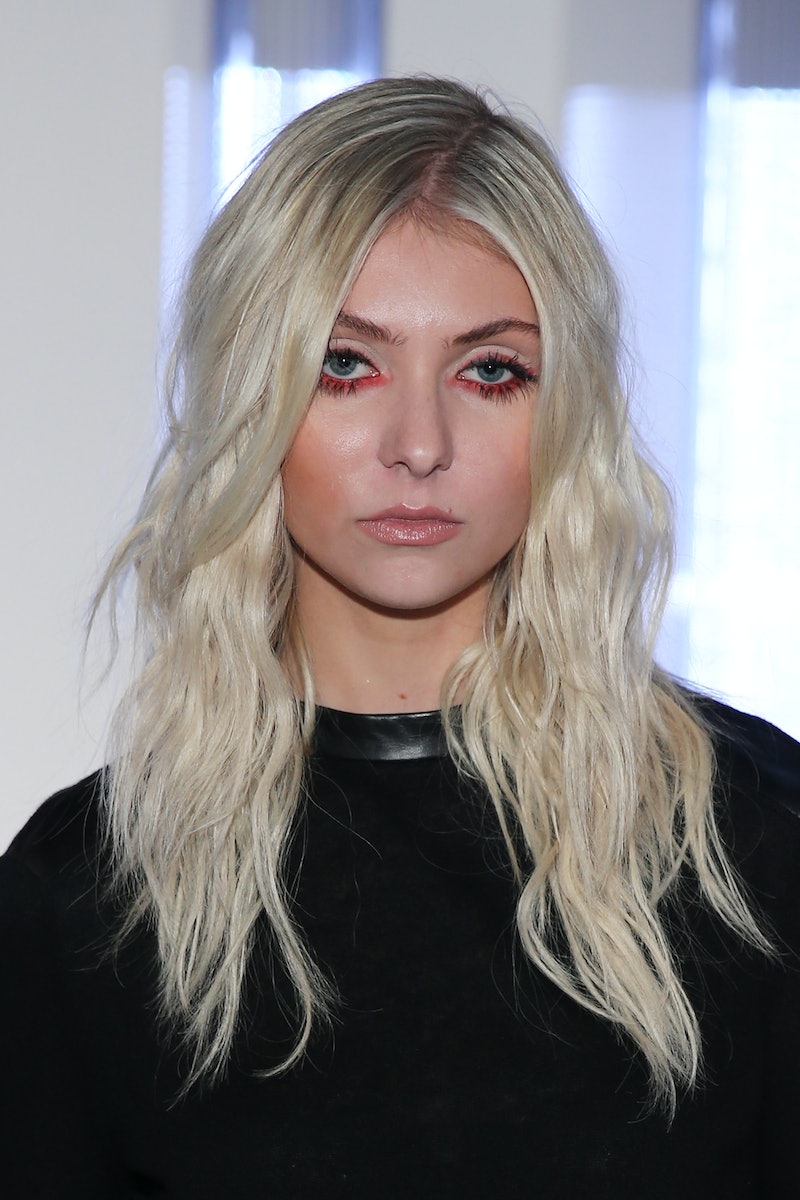 After experiencing two major losses in as many years, Taylor Momsen says she endured a period of depression and substance abuse that left her "a mess." The 27-year-old The Pretty Reckless lead singer recently detailed her mental health and addiction struggles in an interview with U.K. publication Metro. Momsen's "utterly dark hole of depression and substance abuse" began after the sudden deaths of her friends — Soundgarden frontman Chris Cornell in 2017 and music producer Kato Khandwala in 2018.

"Those are wounds, and those are scars that are going to live with me for the rest of my life," Momsen shared. "I’m never going to get over it. It’s never going to go away. As time goes on, and as you start to heal, you learn how to live with those wounds and how to live with that pain, and it just becomes a part of who you are." When Cornell tragically died by suicide at age 52, The Pretty Reckless was opening up for Soundgarden on tour. "I woke up to the most — I don’t even have words — devastating news that Chris had passed. And it crushed me in a way that I can’t explain and I was not prepared for as a person," she remembered. "I wasn’t in a good place mentally to be public. I canceled touring, I went home. I needed to attempt to process what had happened and kind of get my sh*t together, and as soon as I started to heal from that a little bit... I got the phone call that Kato had died in a motorcycle accident."

Momsen described losing her best friend Khandwala as a "nail in the coffin" moment. "That was it," Momsen said. "My life felt like it was over and I went very down to this utterly dark hole of depression and substance abuse and I was a mess. I was living in this hole of darkness that I was not sure I would ever get out of. I wasn’t sure if I wanted to. I had kind of given up on life, I’d given up on everything at that point." The singer said she even contemplated dissolving the band. "I’d given up as a person. It was very dark," Momsen remembered.

But it was that very passion that helped bring Momsen back to life, she told the outlet. "It was music that saved me," she said, a process that led to the making of Momsen's latest The Pretty Reckless record, Death By Rock And Roll. "I poured everything I had into this album," she explained, adding that this new chapter feels "like a rebirth."

Momsen has largely left behind her acting career, which included roles in How the Grinch Stole Christmas and Gossip Girl. "The thing that made me the happiest is when I finally quit and I could focus on my true passion and the thing I really always wanted to do with my life," she told Metro. Still, Momsen admitted that she's looking forward to the upcoming Gossip Girl reboot on HBO Max.

"I think it’s very cool that they’re rebooting it and I’m very curious to see what it turns into especially because the show was so based on, obviously gossip, pun intended," she explained. "But the internet technology has grown and changed so much since the show last aired so it’ll be interesting to see how they take the new world that we live in, and transform it into the new Gossip Girl world."

More like this
Hilary Duff's Husband Matthew Koma Has Her Name Tattooed On His Butt
By Jake Viswanath and Stephanie Downs
Cruz Beckham Teased New Music With An Adorable Nod To Mom Victoria Beckham
By Stephanie Topacio Long
"Lavender Haze" Star Laith Ashley Breaks Down Filming With Taylor Swift
By Jake Viswanath
Twitter Is In Awe Of Taylor Swift’s “Lavender Haze” Music Video
By Jake Viswanath
Get Even More From Bustle — Sign Up For The Newsletter
From hair trends to relationship advice, our daily newsletter has everything you need to sound like a person who’s on TikTok, even if you aren’t.