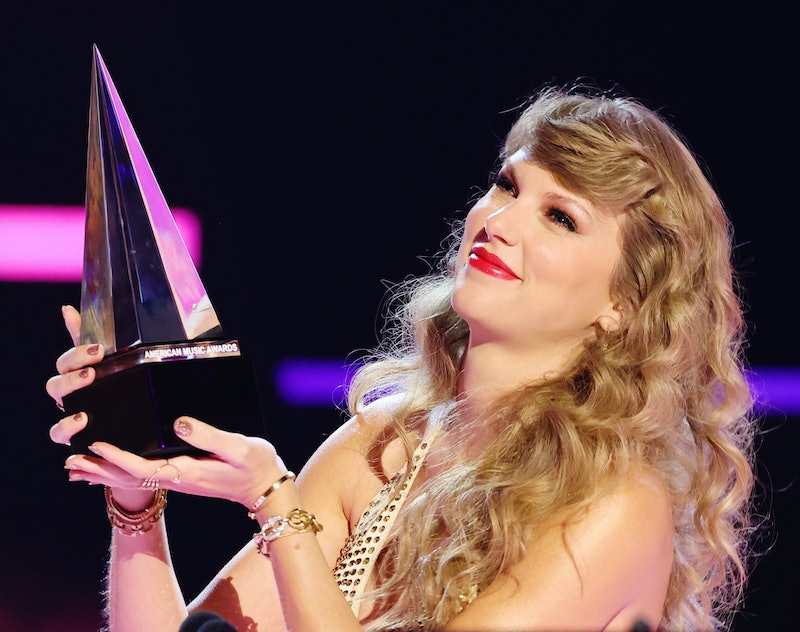 Nobody is safe from the wrath of a scorned Swiftie — even a mega-corporation like Ticketmaster. Taylor Swift fans are suing Ticketmaster and its Los Angeles-based parent company Live Nation Entertainment after they mishandled presales for the Eras Tour, the singer’s first tour in five years. In a lawsuit filed Dec. 2 to the Los Angeles County District Court, 26 Swifties across 13 states (yes, Swift’s lucky number) accused Ticketmaster of violating California’s Cartwright Act and Unfair Competition Law, calling the Eras Tour debacle a “ticket sale disaster.”

The fans alleged that the site “intentionally and purposefully” misled hopeful ticket buyers “by allowing scalpers and bots access to TaylorSwiftTix presale,” according to documents obtained by Deadline. The lawsuit outlines how Swift was virtually forced to partner with Ticketmaster to sell Eras Tour tickets because she had to perform at the biggest stadiums in the U.S. to meet demand, most of which have exclusivity deals with Ticketmaster, and accusing them of taking advantage of this position. Plaintiffs also accused the site of forcing venues to use their platform for resale tickets, driving up their value on the secondary market, some of which are priced upward of $30,000 on StubHub.

While fans who couldn’t nab tickets were disappointed, nobody was more “pissed” about the debacle than Swift. “It’s really difficult for me to trust an outside entity” with her fans, insinuating that partnering with Ticketmaster was not her first choice without naming them outright, she wrote on her Instagram Story. “There are a multitude of reasons why people had such a hard time trying to get tickets and I’m trying to figure out how this situation can be improved moving forward. I’m not going to make excuses for anyone because we asked them, multiple times, if they could handle this kind of demand and we were assured they could.”

Ticketmaster’s TaylorSwift Tix presale for the Eras Tour, run by their Verified Fan program, began on Nov. 15, and fans who had received access codes to the presale were met with constant site glitches and hours-long virtual queues just to attempt to buy tickets. The site was forced to push back the CapitalOne cardholders’ presale to the next day, which still resulted in similar issues, leading them to outright cancel the general ticket sale planned for Nov. 18, citing “extraordinarily high demands on ticketing systems and insufficient remaining ticket inventory to meet that demand.”

In response to Swift, Ticketmaster personally apologized to her and her fans, wring an entire blog post explaining how their system went wrong. Ticketmaster has yet to respond to the lawsuit, and has not indicated how they will proceed with the limited remaining inventory of Eras Tour tickets. “We’re working to shore up our tech for the new bar that has been set by demand for the Taylor Swift | The Eras Tour,” the company wrote. “Once we get through that, if there are any next steps, updates will be shared accordingly.”