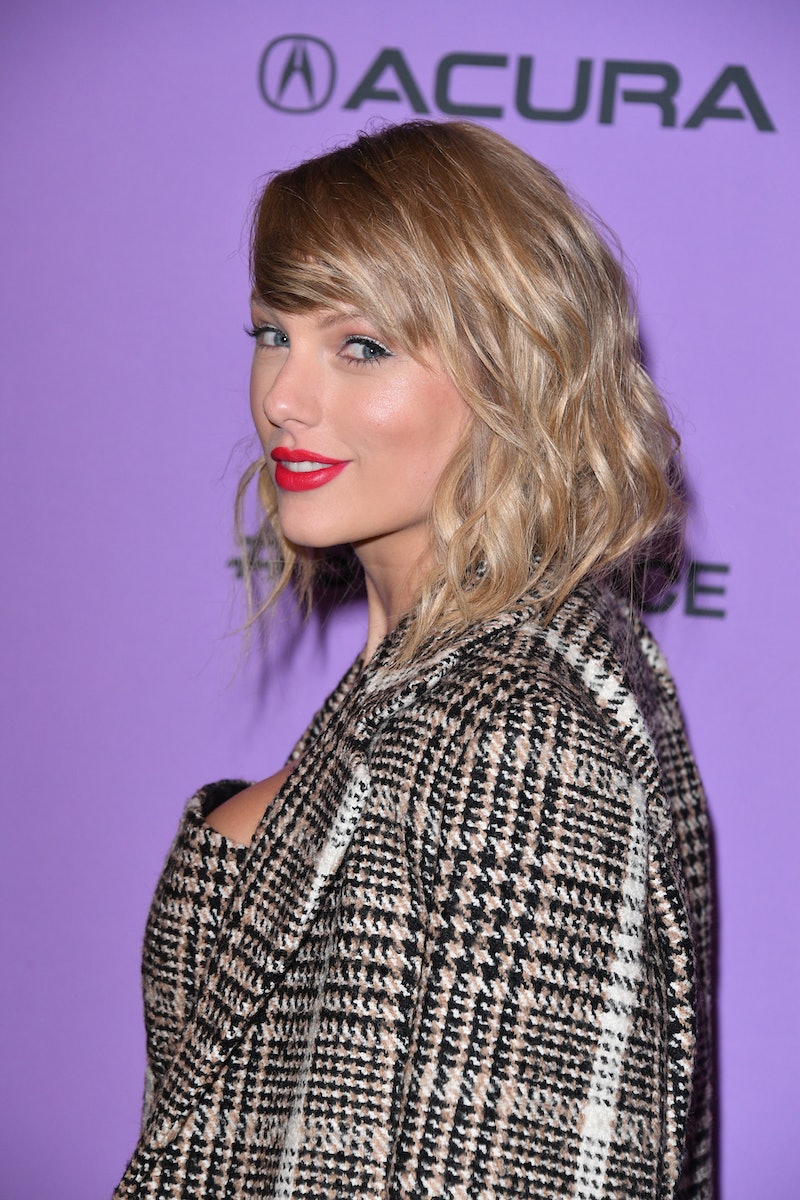 Half the fun of any new Taylor Swift album, of course, is cracking all of her expertly hidden Easter eggs. Just hours after her Dec. 11 Evermore release, many Swifties have firmly latched on to the theory that Swift revealed the name of Gigi Hadid and Zayn Malik's baby on the track "Dorothea." Naturally, they've put together an interesting case.

Their first clue? A recent Instagram post from Hadid herself. The model shared a series of throwback pregnancy photos on Nov. 30, about two months after her September baby was born, with the caption, "August, waiting for our girl." At least one amateur sleuth pointed out that "August" was the eighth track on Swift's Folklore album, which she dropped in July, and upon performing a simple cross-check, they noticed that — you guessed it — "Dorothea" is also Evermore's eighth song, as reported by E! News. Coincidence? Maybe. But the 10-time Grammy winner doesn't do much by accident on her albums.

Then there's the fact that this wouldn't be the first time Swift publicly shared a friend's baby name on one of her albums. She was the first to unveil that Blake Lively and Ryan Reynolds named their third child Betty with the Folklore track of the same name. The song also used the monikers of Lively and Reynolds' other kids, James and Inez, telling the story of a love triangle involving an unnamed character.

Adding fuel to the fire, Swift recently explained "Dorothea" during a Dec. 11 YouTube Q&A and its connection to the "Betty" universe. "There's not a direct continuation of the Betty/James/August storyline, but in my mind Dorothea went to the same school as Betty, James and Inez," Taylor said during the chat. "You'll meet her soon." The thinking goes that if the songs are similar in that way, perhaps they're also similar in being baby name reveals.

The singer did sow some doubt about the fan theory, however, writing in a message alongside the track list that "Dorothea" was about a "girl who left her small town to chase down Hollywood dreams — and what happens when she comes back for the holidays and rediscovers an old flame." Some believe she also let slip that "'Tis the Damn Season" tells Dorothea's story from the alternate point of view.

Of course, there are other "Dorothea" theories, including one that the song is actually about Swift's longtime friend Selena Gomez. Wherever the truth about may lie, at least fans have gotten to meet Dorothea.

More like this
Everything To Know About Taylor Swift’s 10th Studio Album, 'Midnights'
By Grace Wehniainen and Jake Viswanath
Everything You Need To Know About ‘Black Panther: Wakanda Forever’
By Bustle Editors
There's A Taylor Swift Easter Egg In Ryan Reynolds' 'Deadpool 3' Teaser
By Marina Watts
Ed Sheeran’s Surprise Gig Included An Iconic Britney Spears Tribute
By Bustle Editors and Darshita Goyal
Get Even More From Bustle — Sign Up For The Newsletter