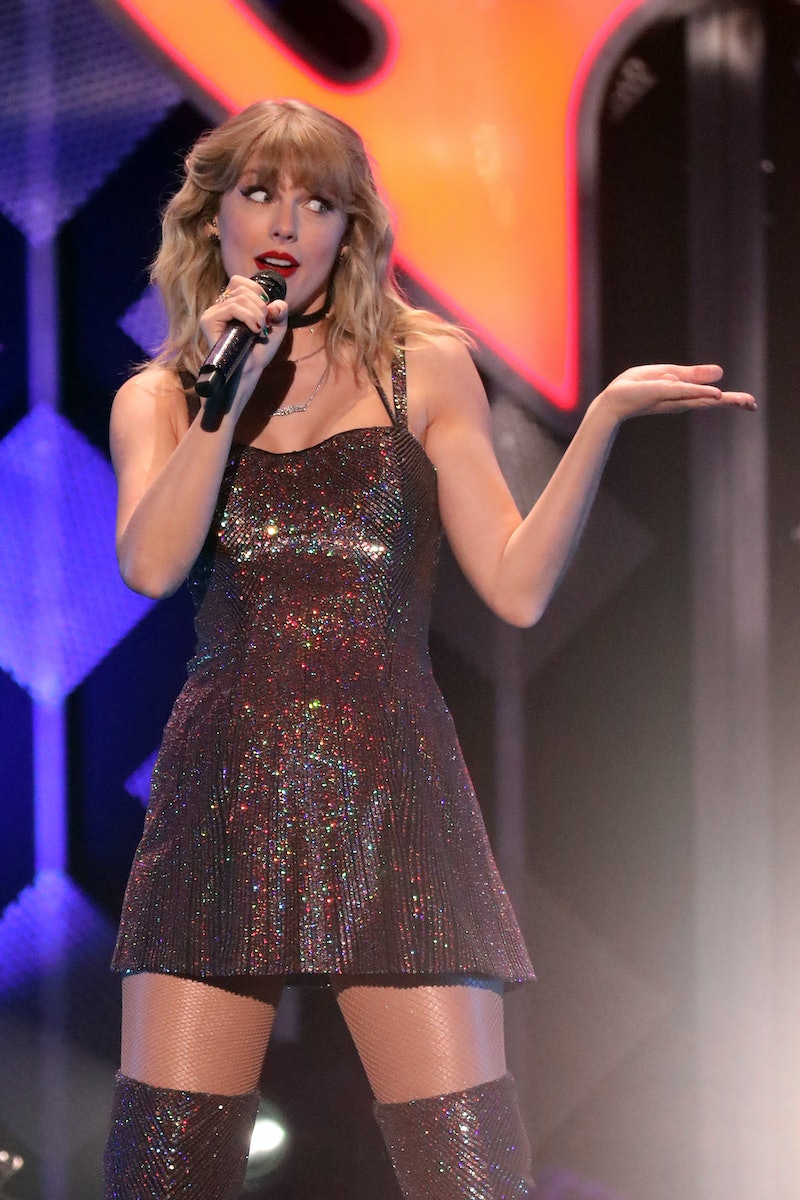 Taylor Swift was scheduled for one performance on the Nov. 13 episode of Saturday Night Live, but she ended up doing two — well, sort of. The musician popped up alongside Pete Davidson to sing a verse poking fun at writers Martin Herlihy, John Higgins, and Ben Marshall in a pre-recorded song parody sketch titled “Three Sad Virgins.” A far cry from her usually clever, emotional songwriting, Swift’s raunchy lyrics in the hilarious track have her fans expressing their surprise and enjoyment on social media.

At the beginning of the sketch, produced by Herlihy, Higgins, and Marshall’s comedy group Please Don’t Destroy, Davidson approaches the trio of writers and proposes they make a song together. They excitedly oblige but quickly seem to regret it, as Davidson begins spitting bars labelling them his least-cool friends and dubbing them “three sad virgins.”

Following the parody track’s first chorus, Swift appears and delivers a scathing verse of insults. “Aaron is like a sad Ron Weasley / He looks like if Big Bird lost all his feathers / And Martin has the charm and the sex appeal of a scarecrow / John has a big-ass bowling ball head / How does he stay upright with that big fat melon?” Herlihy, Higgins, and Marshall appear visibly shocked and offended, but she continues nonetheless: “And none of them have the guts to take their shirts off in front of a girl / ’Cause they’re three sad virgins ... And they’re all gonna die alone.”

After “Three Sad Virgins” aired on SNL, Swifties flocked to Twitter to discuss it, with some calling for an extended “Taylor’s Version” of the track to be released on streaming services à la “All Too Well,” which she performed later in the episode.