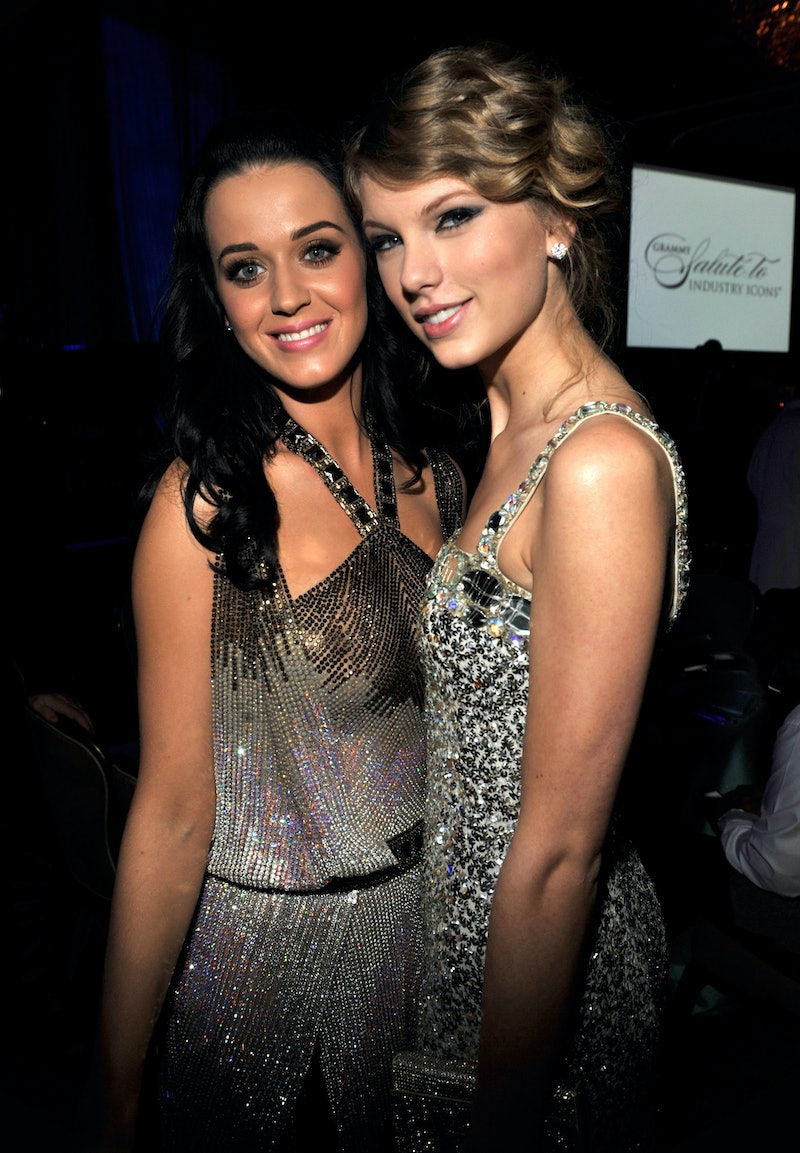 Daisy Dove Bloom is a lucky girl — and not just because she has Katy Perry and Orlando Bloom as her parents. She's also starting life with the blessings of a very famous singer which will definitely make her future classmates jealous. Taylor Swift sent Katy Perry's baby a one-of-a-kind gift, simultaneously solidifying the former enemies' friendship and showing off her crafting skills.

On Sunday, Sept. 13, Perry took to Instagram to reveal that a few months before Daisy was born, Swift sent her a hand-embroidered baby blanket, customized with stitching that reads "Baby Bloom" and a red flower, which ended up being very fitting for her name. "Miss [Daisy Dove] adores her hand embroidered blankie from miss @taylorswift," Perry wrote. "hope it’s one she drags around for years till it becomes an unrecognizable shred that she keeps in her pocket as a teenager." Swift also sent the couple a hand-written note (dated May 3), though Perry kept most of the personal note hidden.

The gift is another nail in the coffin of the infamous Swift and Perry feud, which raged on for years and reportedly inspired Swift's 2014 number one hit "Bad Blood." They started to repair their friendship again in 2018, when Perry sent Swift a (literal) olive branch on the opening night of her Reputation Stadium Tour.

The hatchet was officially buried in June 2019, when Perry appeared in Swift's "You Need to Calm Down" music video, dressed as the necessary burger to Swift's french fries. In an interview with Vogue, Swift revealed that she actually spent time with Perry behind-the-scenes — it wasn't all just for show. “We decided the metaphor for what happens in the media is they pick two people and it’s like they’re pouring gasoline all over the floor," she said. "All that needs to happen is one false move, one false word, one misunderstanding, and a match is lit and dropped... The tension is so high that it becomes impossible for you to not think that the other person has something against you."

Perry tagged her post's location as "Stream Folklore," giving a nice nod to Swift's surprise new album, which actually includes lyrics that could be interpreted as a sly reference to Perry's new addition. On the track "Invisible String," Swift sings, "Cold was the steel of my axe to grind for the boys who broke my heart / Now I send their babies presents." The line is largely believed to be about her famous ex-boyfriend Joe Jonas, who recently welcomed his first child with Sophie Turner. However, given their fraught history, the song could very well be referencing Perry.