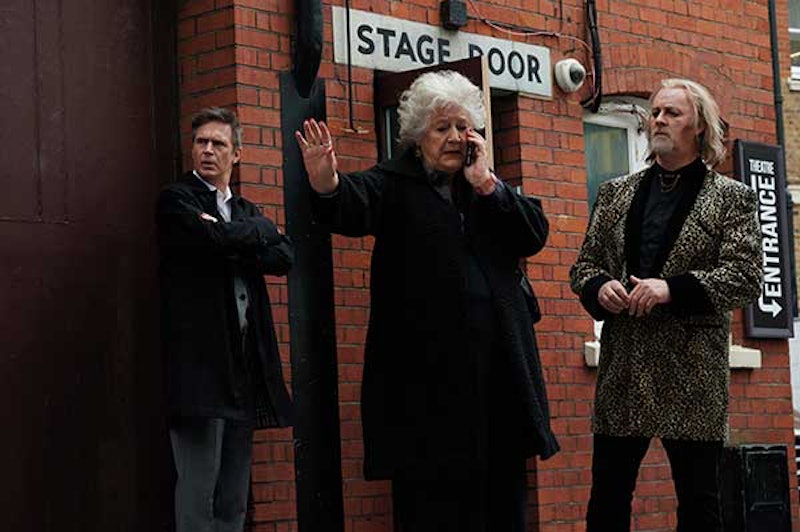 The British reboot of Call My Agent! — the flamboyant French comedy about the trials and tribulations of life at an acting talent agency — is now on Prime Video. Unlike the original version with its Parisian backdrop, Ten Percent is set in a distinctive area of Central London.

As you’d expect, Nightingale Hart’s offices in the show are right next to London’s bustling West End theatre district, with the entrance appearing to be on Fitzrovia’s Rathbone Street. Recognise it? You’re probably a horror fan. The newsagents on the corner, and the nearby Newman Arms pub (which also gets a mention in George Orwell’s dystopian novel 1984) both feature in the 1960 voyeuristic horror Peeping Tom.

Soho is a popular stomping ground for classic film — Stanley Kubrick’s brilliantly creepy Eyes Wide Shut was partly shot at Madame Jojos, a now closed down club just out of shot when Ten Percent whizzes past Brewer Street. Bend It Like Beckham briefly pops down the nearby Carnaby Street, and as you might expect, 2021’s Last Night in Soho shares a handful of locations with the new show.

Along the way there are fleeting glimpses main thoroughfares like High Holborn and Charing Cross Road, and interior shots from super-fancy London hotel The Dorchester (where James Bond author Ian Fleming wrote many of his famous novels-turned-films). Eagle-eyed viewers will also recognise characters taking fast-paced walks through Leicester Square or down the bustling Marchmont Street. When they’re not whipping through Chinatown, you’ll find them heading to for pints after work, striding past late night chippies, and huddling up in cosy and secretive real-life wine bars.

In an attempt to resolve a potential casting conflict between Helena Bonham-Carter and Olivia Williams, for example, agents Jonathan and Rebecca accidentally take both clients for separate meetings at The Rosewood Hotel — previously a location in The Bourne Ultimatum.