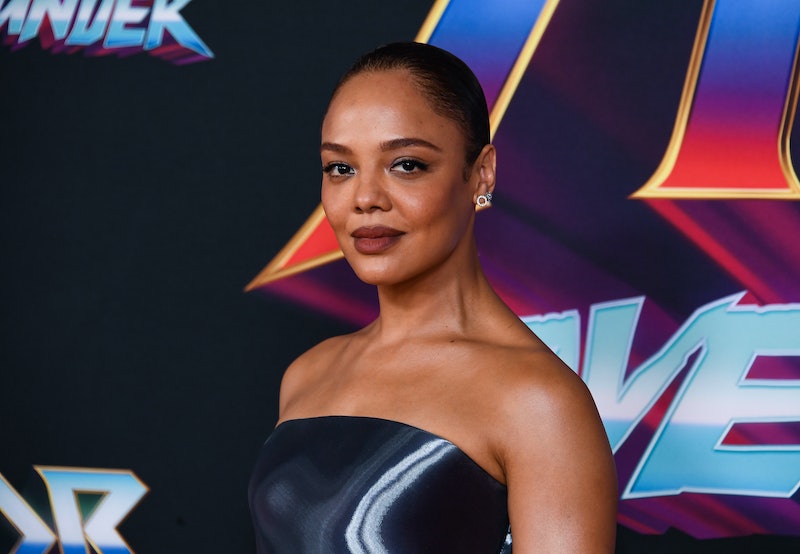 Though Thor: Love and Thunder brought a bit of flirtation and romantic intrigue for Tessa Thompson’s Valkyrie, the first out LGBTQ+ superhero in the Marvel Cinematic Universe, the character’s journey hasn’t involved settling down. “She’s definitely single and ready to mingle,” Thompson recently told Variety of her bisexual character, noting that she may find love “when the time is right.” In the meantime, that gives fans plenty of room to get creative with possible pairings.

The actor explained that the “fun thing” about the MCU is that having different multiverses means different characters can end up together in different ways. “I always love seeing the fans and who they ship, who they sort of want together and the people that they’re kind of rooting for,” she said. “I feel flattered anytime that Valkyrie seems to be shipped in a relationship with any of the other Marvel characters, because they’re all my friends and I have a crush on everybody in the MCU, like a friend crush.”

After coming out as bisexual in 2018, Thompson’s openness about her own sexuality has made an impact on fans as well. “I’ve had so many folks write me and say that they were able to come out or to talk to their family, which is a dream,” the actor said, adding that she “feels really loved and supported” for who she is, something she recognizes as a “privilege that not a lot of people share.”

Up until now, Valkyrie’s onscreen representation of her sexual identity was less explicit — a scene that addressed her sexuality was cut from 2017’s Thor: Ragnarok — but Thompson thinks her character’s self-discovery should exist beyond her romantic life. “I think there’s a lot of folks that are righteously very hungry for that [romantic] representation to exist in these movies, as am I,” she recently told the Los Angeles Times. “But I also think [it’s important] not to hang the character’s hat solely on her sexual identity just because she’s a queer character. I think that’s one way of minimizing her humanity, actually, if that’s the only facet that you get to explore her in.”

Meanwhile, writer-director Taika Waititi told the newspaper that he’d “love to see her with a girlfriend in any movie,” but found something “really interesting” about Valkyrie being “someone who’s OK with being alone.” He elaborated, “So often people are like ‘to show someone is queer, you have to see them with someone.’ But [Valkyrie] lost the love of her life, and the most important person in her life [now], that’s she’s trying to learn how to love, is herself. And I think that’s just a stronger message, no matter what your orientation.”

More like this
Adam Lambert Called Out The George Michael Biopic Over Potential Casting
By Sam Ramsden
New Details About Jeremy Renner's Snowplow Accident Reveal The Actor's Intentions
By Sam Ramsden
Selena Gomez Confirms She's Single Amid Drew Taggart Dating Rumors
By Martha Sorren, Jake Viswanath and Jack Irvin
The 'Scream 6' Trailer Shows Off Hayden Panettiere's Return & Ghostface In NYC
By Jack Irvin and Jake Viswanath
Get Even More From Bustle — Sign Up For The Newsletter
From hair trends to relationship advice, our daily newsletter has everything you need to sound like a person who’s on TikTok, even if you aren’t.