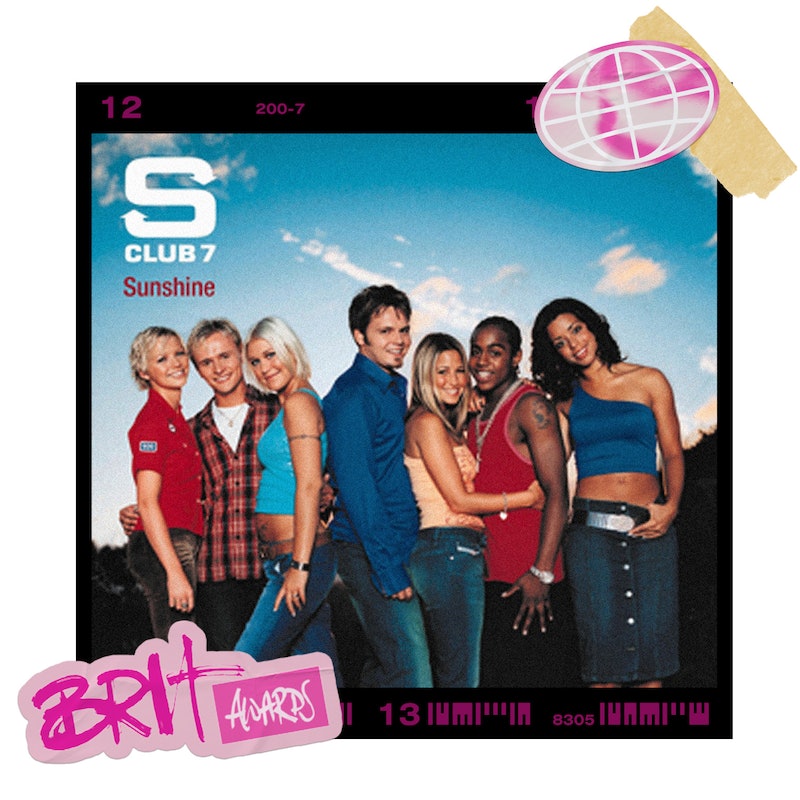 It started with the dulcet tones of Dido, performing her brooding hit “Here With Me.” The 2002 BRIT Awards also included a scrap between Westlife’s Brian McFadden and UK garage collective So Solid Crew (Brian started it), but the real cherry on top? The Best British Single category. Presented by Simon Cowell, Hear’Say, Bob the Builder, Atomic Kitten, Geri Halliwell, and Robbie Williams were among those going head to head for the title. Ultimately, S Club 7 took the trophy home, but the real winners? Us, the public.

“Such a random mix! Obsessed that Bob the Builder managed to worm his way in there,” says @LoveofHuns. “For me personally, it’s between two top contenders: S Club 7 and Geri Halliwell. I would have been happy with either one. Such a hard year. They're all so good!”

With more than 638,000 followers, @LoveOfHuns is a bona fide expert in the intricacies of ‘00s pop culture. “I started the account five years ago at uni, literally for me and my friends to enjoy,” the account’s anonymous creator tells me. “There were a lot of Big Brother marathons and old EastEnders clips in our lives at the time. We all shared the same love of ‘00s pop culture and how ridiculous it all was. That was how all of our hangovers were spent, and the page just kind of grew.”

For the uninitiated, hun culture is a warm-hearted fandom of a certain kind of down-to-earth, ordinary woman doing surreal, often exceedingly decadent things — just because they can. It’s difficult to put your finger on what exactly it is, but as a movement, hun culture is a celebration of relatable, quintessentially British women who embody a kind of high camp in their prosecco-swigging, holibob-having antics. And unlike other meme subjects, huns are celebrated with warm, genuine adoration. Because, at the end of the day, everyone can identify with the unnamed hero who belted out Amy Winehouse in a Nottingham kebab shop at 3 a.m. or Adele’s way of carrying sachets of Heinz ketchup, should the need ever arise.

@LoveOfHuns’ top-tier huns? “Katie Price is in the press for a lot of stuff, and I don’t think she’s the most wholesome hun, but she emerged at the beginning of hun culture and is still very present in it now,” they tell me. “Another personal favourite hun would be Alison Hammond, just for the instant serotonin. Sonia from EastEnders was my favourite hun when I started the page though.” Sounds like the perfect Come Dine With Me lineup, frankly.

Over the course of multiple lockdowns, the @LoveOfHuns account has been, one could argue, elevated to the status of national treasure; countering the monotony with clips of Sonia from EastEnders playing the trumpet and Alison Hammond reducing the entire This Morning studio to tears. “It was nice that I could entertain people,” they say. “It’s quite niche, and something that everyone can enjoy together. It’s always nice to get messages from people. One time, Katy Perry even piped up!” they add. “That was a very bizarre and confusing moment.”

But what of the bizarre and confusing award for Best British Single nominees from the 2002 BRITS? Here, @LoveOfHuns breaks it down, including a definitive hun rating from each act.