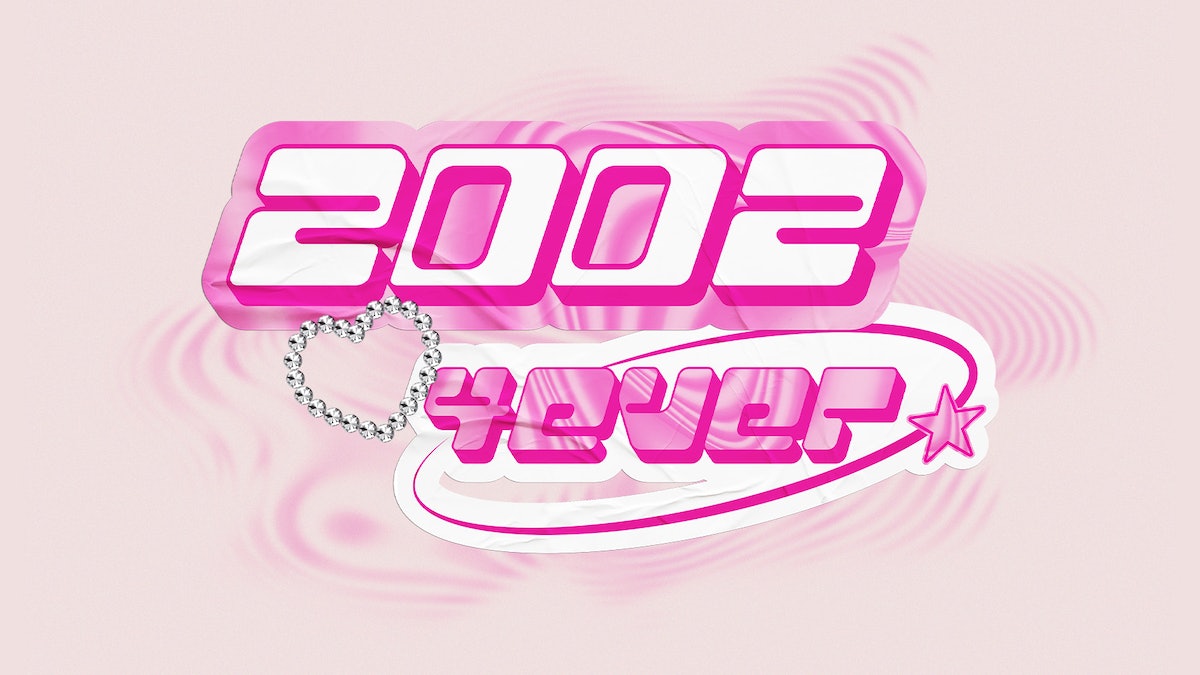 2002 was a banner year for pop culture: Bennifer was going strong. Spider-Man ruled the box office. Avril Lavigne was all over the radio, and The Bachelor had audiences in a chokehold. Twenty years later, this exact same sentence holds true. Bennifer is engaged for the second time. Spider-Man: No Way Home made a whopping $800 million at the box office. Avril Lavigne’s new album Love Sux is her highest-rated album to date. And The Bachelor somehow still has us in a chokehold, with Clayton Echard dividing fans over his final pick. The more things change, the more things stay the same.

Plenty of other things happened in 2002, too, from the first musical collaboration between Beyoncé and Jay Z, to the release of the first Gossip Girl book, to the premiere of American Idol. Justin and Britney were still a thing, and so were… Alanis Morissette and Ryan Reynolds?

It’s certainly fun to reminisce, but our fanfare over 2002 pop culture isn’t simply the product of early-aughts nostalgia. While there truly may be no other way to explain the comeback of low-rise jeans, the legacy of 2002 pop culture is embedded in our contemporary zeitgeist. Whether it’s the pop-punk revival, our propensity to meme-ify movies, or the very concept of creating a portmanteau for a hot celebrity couple, relics of 2002 continue to influence how we consume, create, and reflect on contemporary entertainment. For a very special TBT, we invited some of the internet’s most distinctive voices to take us back to 2002, pinpointing the people and moments we’ll be fixating on for decades to come.

Fashion Trends From 2002 Making A Comeback

Yes, the Kardashians are self-made. But their path to fame would be far less clear without 'The Osbournes' and 'The Anna Nicole Show.'

Their perfect portmanteau kicked off a celebrity couple name craze in 2002. But while the KimYes and TomKats have come and gone, Bennifer's name is still as unrivaled as their relationship.

On the 20th anniversary of her debut album, Lavigne reflects on pop-punk’s place in pop culture, staying core to her musical identity, and why she’s having more fun in her career than ever before.

You Can Thank 'Spider-Man' For The Meme-ification Of Movies

In two decades after Spider-Man's release, its influence has spread well beyond blockbuster films. I am speaking, of course, of the memes.

20 Celebrity Couples Who You Forgot Dated In 2002

Including the love triangle of the century.

Her 2002 film 'Two Weeks Notice' is the finest example of a girl who simply cannot stop girlbossing.

The 10 Wildest Magazine Covers From 2002

From Kirsten Dunst to Jennifer Garner.