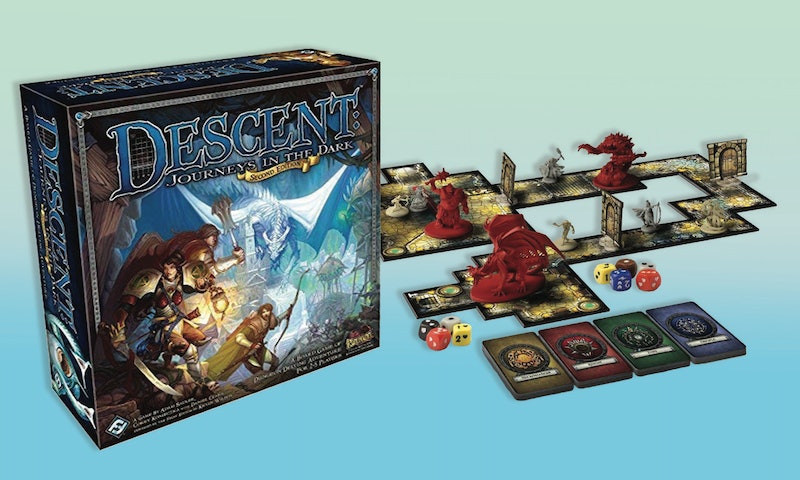 Love Dungeons & Dragons (aka D&D), but looking to shake things up? Below, you'll find a bunch of magical board games that are similar to Dungeons & Dragons. From the game's RPG aspect, to the dice-rolling component, to the cooperative spirit, my picks tick many D&D-like boxes that should appeal to you and your fellow heroes.

While there are a few variations of Dungeons & Dragons, my recommendations are based off the Starter Set, which comes with pre-generated characters, a rules booklet, and pre-planned adventures. If you’ve played any version, you probably already know D&D is a fantasy cooperative dungeon crawl game where players collaborate to navigate adventures their Dungeon Master generally develops. It’s considered to be a tabletop role-playing game (RPG), but that doesn’t mean non-RPG board games can’t mimic some of the things that make D&D so fun.

To recapture the classic, choose fantasy board games with a role-playing component and perhaps a dice-roll mechanism, but also pay attention to game complexity. Board Game Geek gives the D&D Starter Set a rating of 2.50, making it one of the easier role-playing games around.

The D&D Starter Set can accommodate up to six players, and my picks can accommodate anywhere between one and six players. Some of the games below are for older age brackets than D&D's Starter Set, which is for ages 12 and up, but one of my picks is for players as young as 8. Finally, the D&D Starter Set can take about an hour to play to start (though D&D itself is often an ongoing adventure), but some of my picks can take just 20 minutes up to two hours or more. So, consider which similarities are priorities for you.

Scroll on to check out the best adventure board games like Dungeons and Dragons.

More like this
The 13 Best Pots For Indoor Plants, According To A Pro
By Jen Fiegel
The 10 Best Cat Puzzle Feeders
By Lauren Moison
This Wine Company Has Answered My Prayers For Delicious Single Servings Of Wine
By Caroline Goldstein
The Best Mug Warmers For Keeping Your Coffee & Tea Hot All Day Long
By Masha Vapnitchnaia
Get Even More From Bustle — Sign Up For The Newsletter

This article was originally published on Dec. 28, 2019