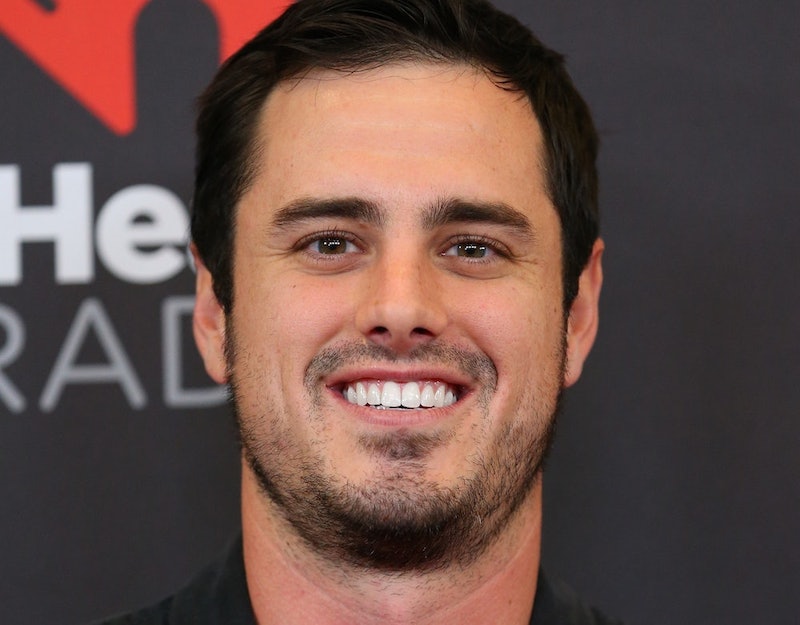 Like Marie Kondo, Bachelor Nation loves a mess. Former Bachelor Ben Higgins, who headlined Season 20 of The Bachelor in 2016, weighed in on Dale Moss and Clare Crawley's breakup in a Jan. 21 interview with Access Hollywood. He even shared a few choice words about the 32-year-old football star in the wake of Clare's statement, which insinuated that the split blindsided her and that it wasn't mutual.

"That she found out they were parting ways when everybody else did, I think that's completely inappropriate on his part," Ben said. "I think it's so wrong that that's the way this went down." While he admitted that he doesn't "know the behind-the-scenes and why they split," Ben maintained that "there's nothing that could bring it up to a place where she would be blindsided publicly and have to respond publicly without knowing where they stood." He added, "That's just wrong. Just a really bad move on his part."

Clare and Dale got engaged last summer after just two weeks of knowing each other and maintained that it was love at first sight. This week, however, reports began to surface that the pair broke up. The former NFL player confirmed the news on Instagram on Jan. 19, calling it the "healthiest decision" and one that they came to together. Dale wrote, "We strongly believe in leading with love and always remaining true to oneself — something our families have taught and instilled in us throughout our lives. We only hope the best things for one another."

Clare, however, issued her own statement on Instagram on Jan. 21, writing that she was "crushed." "I was made aware of a 'mutual' statement at the same time you all were, so I've needed some time to really digest this," she wrote. "This is not what I expected or hoped for and [I] am still trying to process this." While the relationship "was not perfect," Clare added that she was "genuinely invested with all my heart."

Prior to confirming the news, a source told E! News that the two were simply "taking time apart" because they had been fighting a lot. The source cited lifestyle preference disagreements: "Dale wants to be in a lively city and focus on his career, and Clare is rooted in Sacramento to help care for her mom. It's been very tense recently between them."

Ben is not the only Bachelor Nation alum to wade into the discourse. The Bachelorette's Spencer Robertson, who appeared on Tayshia Adams' season after Clare's departure, asked the hairdresser out on a date on Instagram on Jan. 20 after news of the split. "Coffee?" he wrote on his Instagram story, tagging Clare in the post. Read the room, Spencer.