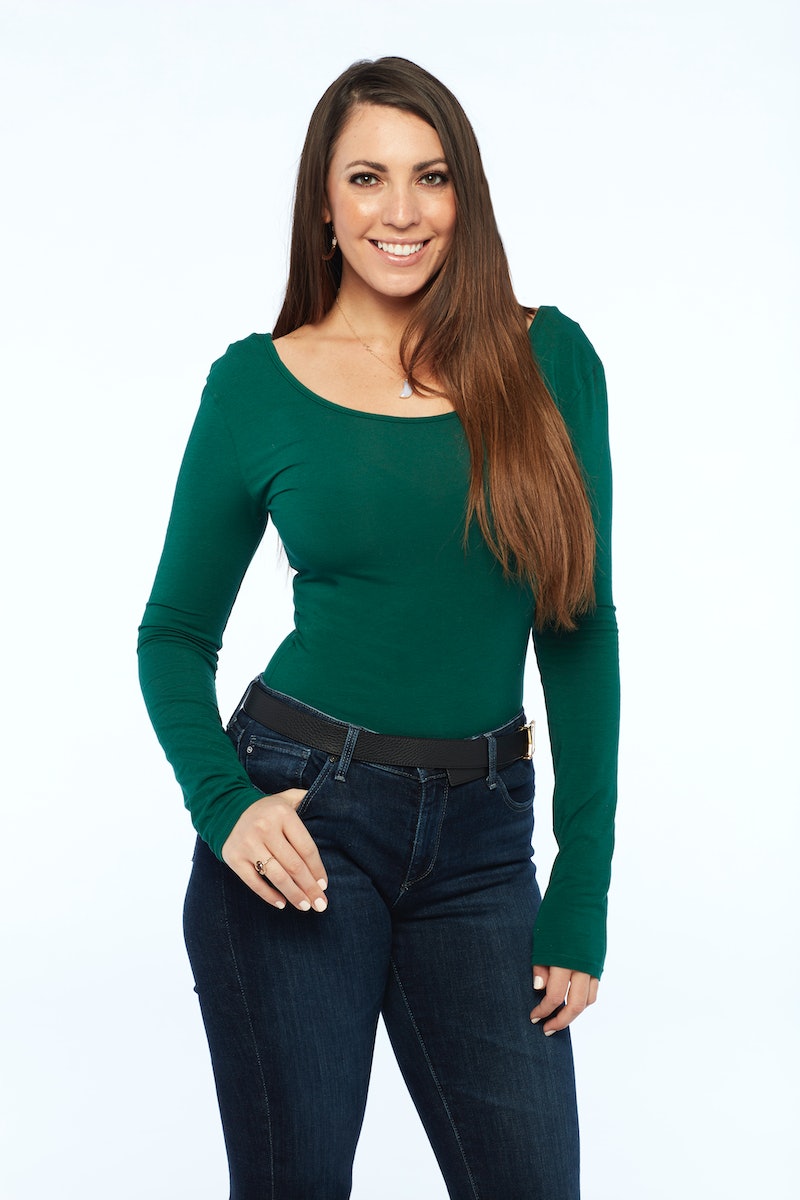 "Queen Victoria" is trying to move on from her past. Bachelor contestant Victoria Larson seemingly responded to her resurfaced mugshot after her 2012 shoplifting arrest began grabbing the attention of fans online. According to a police report obtained by E! News, Victoria — who quickly established herself as the villain of Matt James' season — stole more than $250 worth of merchandise from a Publix supermarket in Tallahassee, Florida, when she was 19-year-old.

Per the report obtained by E! News, the beauty and wellness coach was caught on camera putting makeup and groceries into a reusable shopping bag inside her cart. However, when Victoria arrived at self-checkout, she didn't pay for the items in the bag, only the other ones in her cart. After being confronted with the security tape, Victoria provided a written statement about the situation (though she never confessed to the crime). She was arrested and spent two days in jail; after being released, Victoria pled no contest and was sentenced to six months of probation.

While Victoria didn't publicly comment on the arrest or her mugshot going viral, the JetSetGlo founder did appear to reference it in the caption of her latest Instagram post. "Every saint has a past & every sinner has a future," she captioned a photo of herself standing on a beach, staring out at the ocean. Victoria also referenced the Bible verse "John 8:7," which contains the famous phrase, "Let any one of you who is without sin be the first to throw a stone at her."

Despite being only a few weeks into Matt's season, Victoria has already become one of the franchise's most controversial contestants thanks to her aggressive pursuit of the Bachelor, her conflicts with the other women, and for declaring herself a "queen" upon arrival. However, she seems to be taking her role as the villain in stride and has defended herself by sharing fan-made memes and cryptic captions on social media. "It's a beautiful place to be when you know the truth & outside noise doesn't affect you," Victoria wrote on Instagram after her fight with Marylynn aired on Jan. 12.

Still, her "unbothered" attitude hasn't stopped other members of Bachelor Nation from criticizing her over the past few weeks. On Jan. 19, Sarah Trott — who left the show due to tensions with the other women and her desire to be with her family — threw shade at Victoria on Instagram by sharing a quote that read, "Real queens fix each other's crowns."

Although Sarah didn't name Victoria in particular, she seemed to address the drama that caused her to leave the show in her caption. "We see the quote 'women supporting women' all the time on the internet but what does that really mean? To me, it means sharing encouragement instead of judgment," the news reporter wrote. "It does NOT mean you have to pretend to like everyone always. That's impossible. It DOES mean being a good person, keeping your head up and refraining from degrading another human being. You never know the internal battles another person is going through."

While the other women (and the fans) may not be on her side, Victoria does have an ardent defender in Matt himself, who praised her sense of humor during an appearance on the Bachelor Happy Hour podcast. "Victoria is hilarious. She is one of the wittiest people I've ever met," he said after host Rachel Lindsay claimed that she wasn't "funny" enough to be an entertaining villain. "She's unapologetically herself. She's the quickest. You'll say something and she's got something, and then she's out. I'm like, 'What? What did you just say?'"