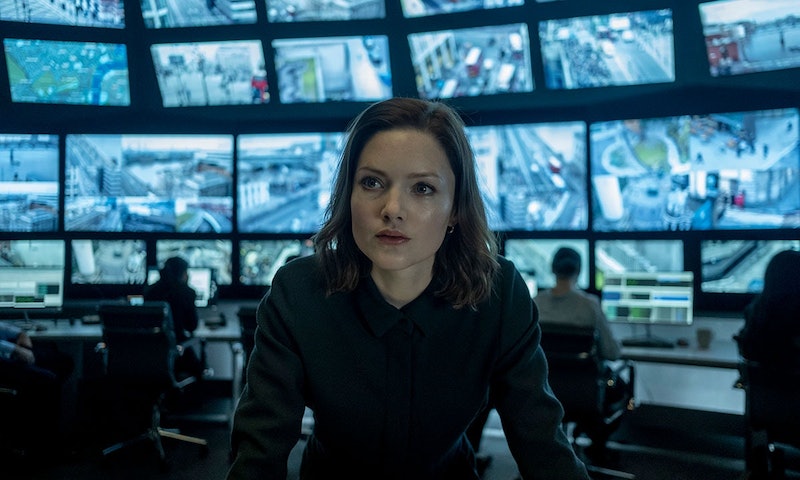 Bringing in an audience of 7.7 million viewers during its first season, BBC One’s The Capture resonated with British audiences so much that it became the “most requested new title” in 2019. After a two-year hiatus, the series is back with a new story that’s sure to get the nation talking.

Holliday Grainger is set to return as DI Rachel Carey as she investigates another case within the UK’s “Correction” unit, with the focus this time being on a young up-and-coming British politician. But what exactly does The Capture’s second series entail, and when can you expect to see it?

What’s The Plot of The Capture Series Two?

Following that ending to season one, Shaun Emery’s story came to quite an abrupt end. But the same can’t be said for Rachel Carey, who still has plenty of cases related to surveillance manipulation to investigate.

Rachel has found herself “in the middle of a new conspiracy – with a new target” in the second season, so much so that she can’t even “trust her closet colleagues” according to the show’s official synopsis.

An investigation into her latest target will be fraught with “invisible” assassins, even more deep fake technology, rising tension between the government and Big Tech, and a corrupt British media.

Who’s In The Cast of The Capture Series Two?

I May Destroy You’s Paapa Essiedu is set to join the second series as politician Issac Turner and is understandably excited to be part of an immensely popular series. “Ben [Chanan, the show’s writer] has written one of the freshest and most prescient scripts of recent times and I can’t wait to see what this incredible cast can do with it,” he said in a press statement sent to Bustle. Essiedu will be joined by two new cast mates, Game of Thrones’ Indira Varma and Hanna’s Andy Nyman.

When Will The Capture Series Two Be Released?

There’s no release date as of yet, but filming is set to begin “immediately” according to the BBC.

What Else Do You Need To Know About The Capture Series Two?

Creator and writer Ben Chanan has given a little insight into how Essiedu’s character will influence the narrative, telling the BBC that this particular chapter of The Capture is “honed [in on] the story of Issac Turner, a young, ambitious, idealistic British politician.”

After what happened to Shaun in the first series, I dread to think what may happen to Isaac.