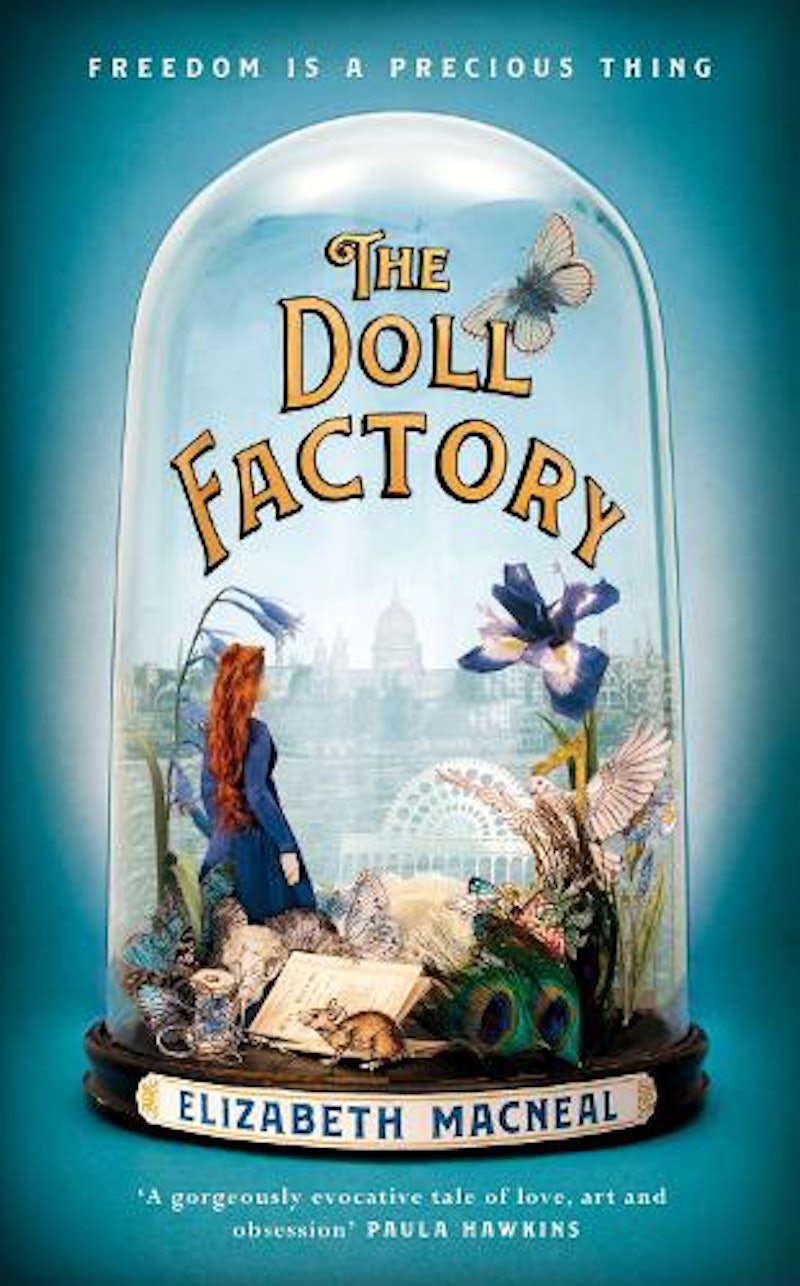 If you love a twisted thriller then this one’s for you. Inspired by the life and death of English muse, model, and artist Elizabeth Siddal, The Doll Factory is a dark and gripping tale. The plot is centred around a young woman who aspires to be an artist, her twin sister, and a man whose obsession may upend their lives forever. A TV adaptation of the hugely successful book has been confirmed to be in the works. Written by Elizabeth Macneal, The Doll Factory is a Sunday Times top ten best-seller, has been translated into 28 languages, and was awarded the Caledonia Novel Award in 2018. Below, find out everything we know about The Doll Factory so far.

Set in 1850s London, The Doll Factory follows Iris, who lives with her twin sister Rose and dreams about becoming an artist. She paints dolls by day at her job, and secretly paints naked portraits of herself by night.

Equally important to the plot is Silas, who owns a taxidermy shop filled with his creations — he dreams about finding the perfect unique object to add to his collection one day. Iris meets Silas, then Louis, an artist of the Pre-Raphaelite Brotherhood who offers her a chance to start a new bohemian life as his muse.

Iris agrees to model for Louis in exchange for painting lessons from him, and she finds herself suddenly catapulted into a world of beauty. But embracing this new life would mean abandoning her twin Rose, and the death of her own reputation. Meanwhile, a dark obsession unfurls within her.

No casting details have yet been announced at the time of publication, but we have pretty high hopes for what’s in store.

The Doll Factory will be produced by Buccaneer Media, the indie London-based producer behind Marcella, another new Paramount+ commission The Burning Girls, and the Leonard Cohen-centric So Long, Marianne.

The on-screen adaptation will be written by first-time screenwriter Charley Miles — a fitting nod to rising female talent as the original book was also Macneal’s first work. Sacha Polak (Hanna, Dirty God) will direct, and Suzanne McAuley (Magpie Murders, Maigret) is the producer on the project.

The companies behind this show have also expressed their excitement about the project. “The combination of debut author Elizabeth Macneal with first time screenwriter Charley Miles is what this company is all about: emergent talent who will take the world by storm,” said Buccaneer co-CEOs Tony Wood and Richard Tulk-Hart in a statement.

Sebastian Cardwell, deputy chief content officer at Paramount UK, also said of the upcoming series: “The Doll Factory combines intrigue with universal themes of passion and obsession to tell a compelling story which will resonate with our Paramount+ audience.”

There is no confirmed release date for The Doll Factory as of yet, but we do know that it will be a six-part drama series, and will be released for streaming as part of the Paramount+ Originals available for UK audiences. Bustle will be back with updates as soon as more details are available.

More like this
Everything To Know About The 'Daisy Jones & The Six' TV Series
By Maxine Harrison and Brad Witter
The Song At The End Of 'The Last Of Us' Ep 1 Has A Deeper Meaning
By Sophie McEvoy
'Magpie Murders' S2 Will Include A *Major* Shake-Up
By Sophie McEvoy
'Happy Valley' Recreated This Moment From S1 In Its Penultimate Episode
By Sophie McEvoy
Get The Very Best Of Bustle/UK
Sign up for Bustle UK's twice-weekly newsletter, featuring the latest must-watch TV, moving personal stories, and expert advice on the hottest viral buys.