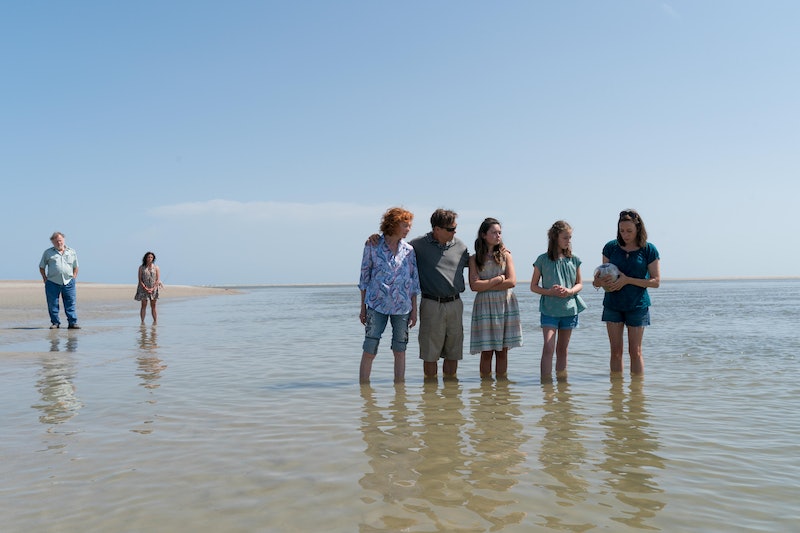 The Girl From Plainville is Hulu’s latest attempt at a faithful retelling of an infamous crime. The miniseries follows Michelle Carter, the titular “girl,” and chronicles just how she got swept up in what would become a texting-suicide scandal, which resulted in the death of Conrad Roy III. The show has gone to great lengths to recreate the grisly situation with Elle Fanning in the title role, but how accurate is the rest of the series? Was The Girl From Plainville even filmed in or near Plainville?

In reality, the story unfolded in the state of Massachusetts, the city where Michelle Carter was raised. Plainville is an hour outside of Boston, near the border between Massachusetts and Rhode Island. But even though the story takes place in the heart of New England, The Girl From Plainville was actually filmed over one thousand miles away.

Savannah, Georgia, the coastal gem of the southern state, served as the filming location for the show’s Plainville. “It was a no-brainer for us,” said the series’ executive producer Patrick McManus in an interview with Georgia Film, Music & Digital Entertainment, “The truth of the matter was in our early days of scouting various places to be able to double as Plainville and Mattapoisett, Mass., Savannah just sort of fit the bill.” Additionally, the cast and crew also utilized the small seaside town of Tybee Island, Georgia, to stand in for scenes that are supposed to take place in Naples, Florida.

According to McManus, there were virtually no drawbacks to shooting in Georgia. The crew did happen to encounter a Spanish moss, indigenous to the southern gulf, but was able to maintain their fabricated Massachusetts environment all the same. The city wasn’t only selected because of how well it visually translated to the screen, but also because of how much the cast and crew liked being there. “It became one of those mainstays,” said McManus. “It was a place that our cast and crew got a chance to escape to on the weekend.”

When it came to recreating the courtroom where Michelle Carter’s trial took place, production opted for Savannah’s Jepson Center. McManus describes it as a “A stunning, modern, sleek building,” one that lends itself very well to the unforgiving coldness of a courtroom. However, despite the bleakness of the scenes that take place in the Jepson Center, in reality, the location serves as one of the major art museums in Savannah. “Often all we do is think about what can we do that’s good for production,” said McManus, adding “Well the other side of it is, what can we do for cast and crew? Put them in a place that’s somewhere they can live and enjoy as a home away from home.”

More like this
Where Was 'Only Murders In The Building' Filmed? The Arconia Has A Different Name IRL
By Radhika Menon
6 Shows Like Stranger Things To Get Over Your Emotional Season 4 Hangover
By Kadin Burnett
Only Murders In The Building Introduces 4 Suspicious New Characters In Season 2
By Kadin Burnett
Everything To Know About The Bear Season 2
By Brad Witter
Get Even More From Bustle — Sign Up For The Newsletter