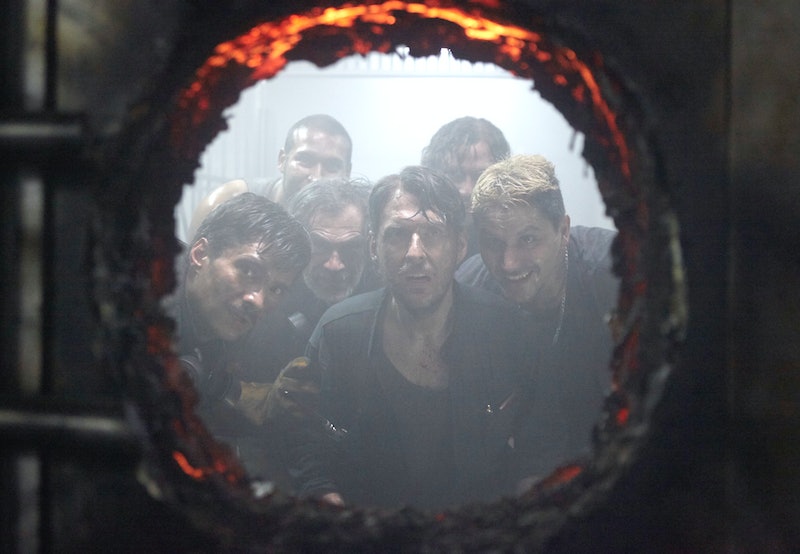 On an October Sunday in 1994, a team of thieves posed as HVAC repairmen and armed with welding machines and oxygen tanks walked into a branch of Colombia’s central bank in the northern city of Valledupar at 6 in the morning. Over a day later, and without a single shot fired, they walked back out with the equivalent of almost 33 million US dollars. Due to a regional holiday, the alarm wouldn’t sound until Wednesday morning, when guards at the Venezuelan border were finally notified to be on the lookout. The crime was dubbed ‘El robo de siglo’ — the robbery of the century — which is the Spanish name of Netflix’s new series The Great Heist, which is based on the audacious true story.

It’s not the first time the story of Colombia's biggest bank job has been told in popular media. The South American journalist Alfredo Serrano Zabala’s book — Así robé el banco : el asalto del siglo XX en Colombia — reportedly served as inspiration for the new series, which traces the crime from its conception to its brazen execution. According to the popular newspaper Semana, the highly technical caper took almost eight months to plot, with the team's masterminds poring over building schematics and the bank’s security measures. Ultimately, 26 people were identified in the robbery, including the bank’s own guards and other employees. They made their big getaway in beer delivery trucks.

In other words, with its high value target and sprawling cast of characters, it’s the kind of crime that was destined to become the basis of a Hollywood production.

According to actor Andrés Parra, who could be seen most recently playing thieving soccer boss Sergio Jadue in Amazon’s El Presidente, the six-episode series hews closely to the actual events of the robbery and its aftermath. Which isn’t to say it’s a true story in every respect. The fiction, Parra believes, is in the relationships between the characters and how their success goes on to blow up their families' lives.