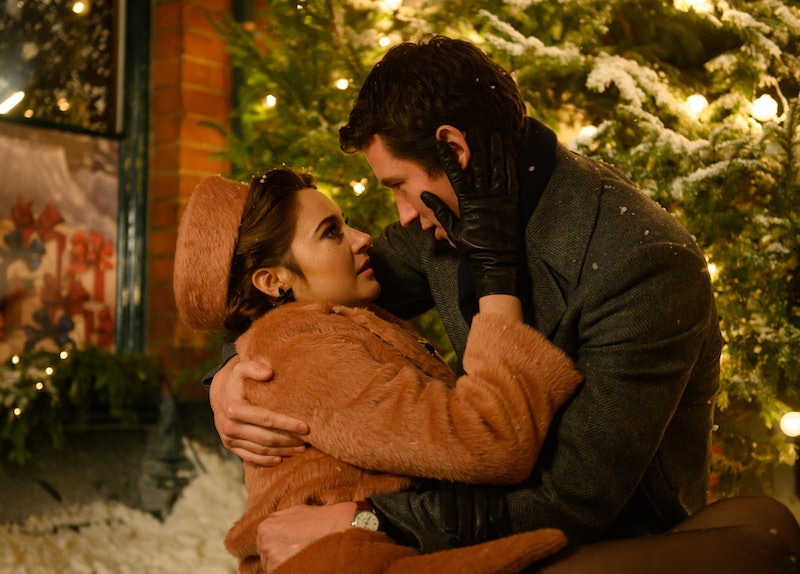 The Last Letter from Your Lover, Netflix’s star-studded new drama, debuted on July 23, much to the delight of romance fans. Given the seeming plausibility of the plot, viewers are already wondering: Is movie based on a true story? Or maybe a book?

The film is based on Me Before You author Jojo Moyes’ 2008 novel of the same name, but it has some real-life inspiration behind it, as well. Here’s everything you need to know before you watch, no spoilers attached.

Moyes’ book The Last Letter from Your Lover centers on two women: Jennifer (played by Shailene Woodley in the movie adaptation), a wealthy, 1960s housewife, and Ellie (Felicity Jones), a young journalist living in 2003. As the novel opens, Jennifer has just awoken from a car crash, and is suffering from amnesia. While recuperating at home, Jennifer finds a love letter addressed to her — and signed by “B,” a mysterious man — hidden in her husband, Laurence’s (Joe Alwyn), desk. Laurence tells her that B (Callum Turner) was her lover, and that he died in the car crash that nearly killed her. Decades later, Ellie discovers one of B’s letters, and she and her friend, Rory (Nabhaan Rizwan), set out to find Jennifer and learn the truth about her midcentury love affair.

Although the romance between Jennifer and B is fiction, as are Ellie and Rory’s attempt to find the two lovers, Moyes drew inspiration from some real-life experiences when writing The Last Letter from Your Lover. In a 2011 interview with CBS News, Moyes said that overhearing “a group of women who were trying to decipher a text message” in a restaurant planted the seed that would become Jennifer and Ellie’s story. From CBS News:

“Like most writers I'm horribly nosy, and I became fascinated by their debate about whether the man who sent it was keen or not. It went on for hours. What made me laugh was discovering at the end that the text message simply said: ‘Later X’.

“At around the same time my gorgeous 20-something cousin confessed she had never received a love letter. Nor had most of her friends. It got me thinking about how my generation might be the last to write love letters, and how new technology may have actually muddied the waters of romance. I just can't believe a facebook update or a texted booty call has the same emotional impact, or lasting joy of a handwritten letter, tied with ribbon and hidden lovingly in a box somewhere.”

The Last Letter from Your Lover is Moyes’ seventh published novel. The author launched her fiction career with Sheltering Rain in 2002 and became a household name with the success of her controversial 2012 book, Me Before You. Moyes’ most recent novel, 2019’s The Giver of Stars, was a Reese’s Book Club pick.

Netflix’s The Last Letter from Your Lover is streaming now.