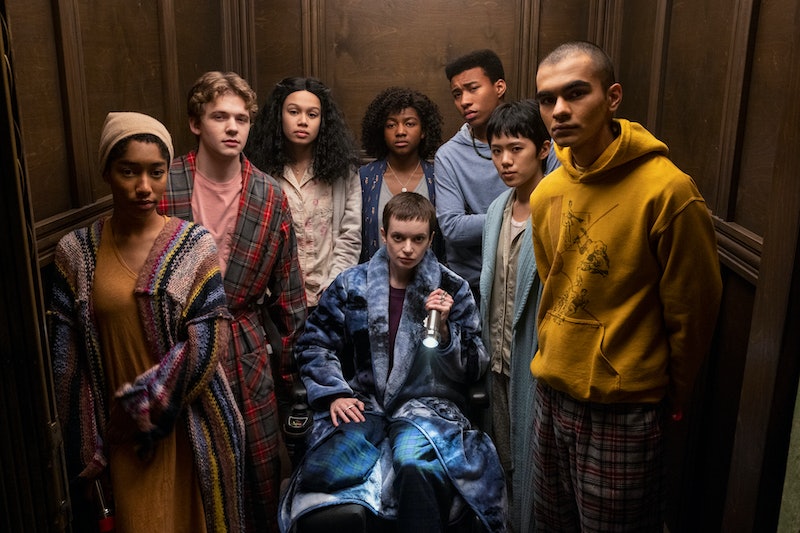 If you’re a fan of horror TV shows and movies on Netflix, you’re probably pretty familiar with Mike Flanagan’s name by now. The filmmaker has created several of the streamer’s buzziest (and creepiest) titles in recent years — The Haunting of Hill House, The Haunting of Bly Manor, and Midnight Mass. And now, weeks before Halloween, he’s dropping another terrifying series: The Midnight Club, co-created with Leah Fong.

Based on Christopher Pike’s novel of the same name (and several more of his works), The Midnight Club revolves around a group of terminally ill teens at a hospice facility called Brightcliffe Manor, set in the ‘90s. For thrills, they have nightly meetings at the library where they share spooky stories — or, as Natsuki (Aya Furukawa) puts it in the trailer, “make ghosts.”

As Pike recently told Vanity Fair, protagonist Ilonka (Iman Benson) was inspired by one of the author’s fans, who wrote to Pike when she was ill herself — and let him know that her fellow hospital residents had an actual, nightly book club based on his works.

If you can’t wait for Oct. 7 to dive into the latest entry in the MFCU (the Mike Flanagan Cinematic Universe), Bustle has an exclusive first look at The Midnight Club, and what you can expect from the series. As Flanagan explains in the featurette, there are two sources of horror at play here. “Our ‘A’ stories are everything that happens within the hospice itself,” he says. “Our ‘B’ stories — the self-contained stories that the kids tell each other — are wide-open.”

As executive producer Trevor Macy adds, the tales will span several horror subgenres, including ghosts, werewolves, aliens, and witches, to name just a few. “Each of these genres can be used as a lens to look at the experience they’re having,” he explains — hopefully leading viewers to ponder (and theorize), “why are they telling this story?”

The members of the Midnight Club play the characters in the stories they tell, too. “This show asks more of the cast than most shows will,” Flanagan says. The cast includes a few familiar faces from the MFCU — including Midnight Mass’ Igby Rigney and Annarah Cymone as two members of the Midnight Club. Crystal Balint, Matt Biedel, Zach Gilford, Rahul Kohli, Robert Longstreet, and Samantha Sloyan are more actors from Flanagan’s oeuvre joining the show.

“It just wouldn’t be autumn without @flanaganfilm and another terrific show,” Kohli wrote on Instagram. “Hope y’all enjoy this one just as much as the others 💕.”