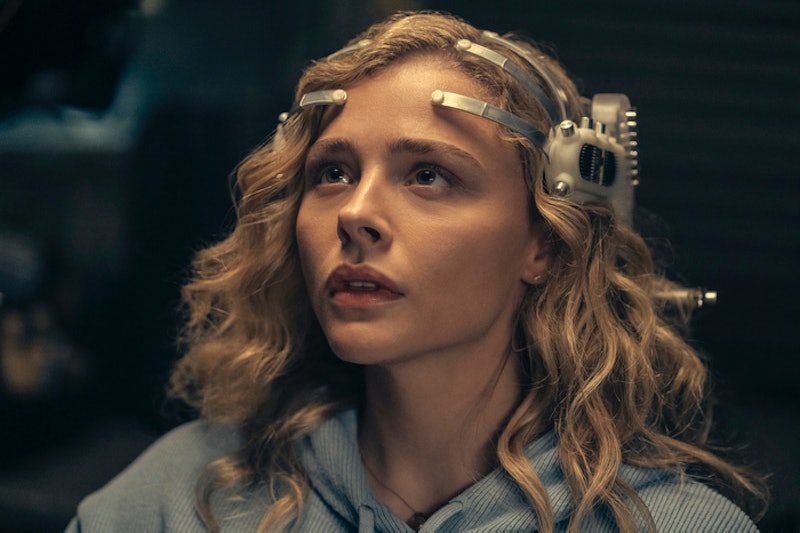 Adapted by the supremely talented Westworld’s creators, Jonathan Nolan and Lisa Joy, Prime Video’s The Peripheral is based on the novel of the same name by cyberpunk pioneer William Gibson. Chlöe Grace Moretz and Jack Reynor star as Flynne and Burton Fisher, siblings who have a knack for playing virtual reality games, otherwise known as “sims.” When they’re given the opportunity to beta-test a new model, they jump at the chance. But all is not what it seems, and the virtual reality is a little too real. Find out everything you need to know about The Peripheral, below.

The Peripheral takes place in a small Appalachian town in 2032, following Flynne Fisher and her brother Burton, a former Marine veteran, as they care for their dying mother. The siblings use their income from playing advanced virtual reality video games (sims) to pay for her care and medical bills. Burton is given a beta test of a new sim system that is far from just virtual reality, which Flynne plays in her brother’s place.

Flynne soon discovers that not only is it more than a game, but it’s also a world that exists in the future. Set in London 2099, she witnesses the death of a girl and is soon contacted by a mysterious man from the future asking for her help in identifying the girl’s killer. She does so by taking on a cybernetic avatar, known as a Peripheral, to essentially time travel to the future through the cybernet.

As expected from any adaptation of a Gibson novel, the trailer presented The Peripheral as a cyberpunk-infused, dreamlike sequence where it’s hard to differentiate between virtual and reality. With the series now streaming on Prime Video, you have no excuse but to go and see it for yourselves.

More like this
Everything To Know About The 'Daisy Jones & The Six' TV Series
By Maxine Harrison and Brad Witter
The Song At The End Of 'The Last Of Us' Ep 1 Has A Deeper Meaning
By Sophie McEvoy
'Magpie Murders' S2 Will Include A *Major* Shake-Up
By Sophie McEvoy
Yes, 'The Price Of Glee' Is Available To Watch In The UK
By Catharina Cheung
Get The Very Best Of Bustle/UK
Sign up for Bustle UK's twice-weekly newsletter, featuring the latest must-watch TV, moving personal stories, and expert advice on the hottest viral buys.