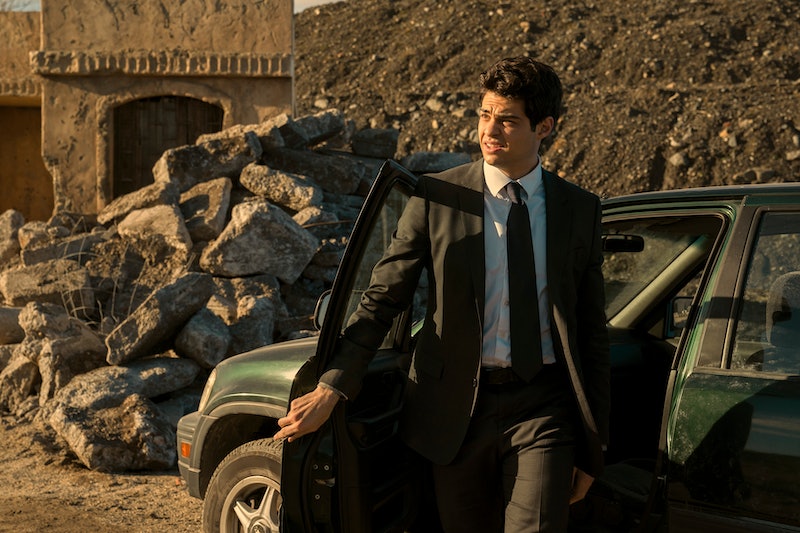 Spoilers ahead for The Recruit Episode 8. After making a name for himself in the To All The Boys rom-com franchise, Noah Centineo is diving into the world of spy dramas. In Netflix’s The Recruit, Centineo plays Owen Hendricks, a young CIA lawyer whose first week on the job turns upside down when he discovers a threatening letter by former asset Max Meladze (Laura Haddock). Max plans to expose the agency unless they exonerate her of a serious crime, and Owen quickly gets caught in the middle of it all. He ends up thrown into the world of high-stakes espionage, and the series follows him as he travels the globe trying to complete his assignment — all while staying alive.

“It’s rare to find a fresh way into a story these days. The spy genre is no different. From Jason Bourne to James Bond, the spy world is always seen through the eyes of a veteran operative who’s invariably the smartest (and toughest) guy in the room,” showrunner Alexi Hawley said in a statement, per TVInsider. “But The Recruit enters the world of espionage through fresh eyes — Owen Hendricks — a twenty-four year old, fresh out of law school, who doesn’t even have time to figure out where the bathrooms are before he’s pulled into a high-stakes case.”

Netflix has not yet announced if there will be a The Recruit Season 2, but Season 1 ends on a very obvious cliffhanger that sets up a future season. The success of franchises like Mission Impossible, Jason Bourne, and Kingsman also proves that audiences love spy dramas, so there’s a chance The Recruit will win over enough fans for a renewal.

Here’s everything else we know about a possible Season 2.

Who Is In The Recruit Season 2 Cast?

If there ends up being a Season 2, we’ll definitely see the return of Centineo as Owen. Centineo also served as executive producer for the first season. Fivel Stewart will likely come back to play Hannah. But as for Laura Haddock, her character Max’s fate now seems to be up in the air.

What Is The Recruit Season 2 Plot?

While we don’t know what a second season will be about, it will likely revolve around the shocking events that close out Season 1. In the final moments, Owen tells Max that he has to get out now, or “I’m going to be lost forever.” He walks away from her and reconnects with Hannah, who accepts his apology and agrees to meet up. But just as they’re walking towards each other in a park, Max is grabbed and thrown into a car. When Owen wakes up, he’s tied to a chair, along with Max. A blonde woman walks into the room, and Max is clearly shocked to see her. She calls her “Karolina” and says something in Russian before she’s suddenly shot and seemingly killed. Karolina then asks Owen, “Who are you, and what the f*ck are you doing running around with my mother?”

What Is The Recruit Season 2 Potential Premiere Date?

In general, Netflix dramas take about a year between seasons. So if the series gets renewed soon, we are looking at a December 2023 premiere date at the earliest.

We’ll update this article as more information about The Recruit Season 2 becomes available.