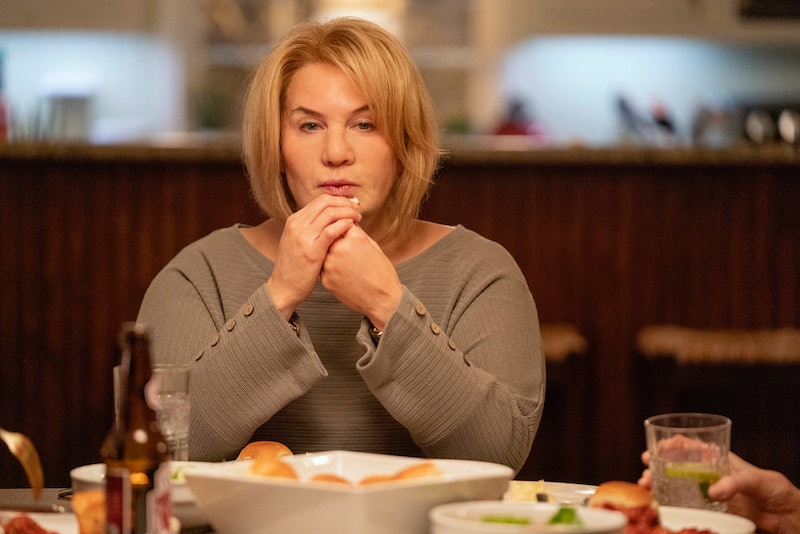 The Thing About Pam tells the shocking, true story of Pam Hupp, a Missouri woman who allegedly killed her best friend, Betsy Faria, for her life insurance money and tried to frame her husband, Russ Faria, for the 2011 crime. (Hupp is currently serving a life sentence for the 2016 murder of Louis Gumpenberger and is awaiting trial for her alleged murder of Faria.) Before starring as Pam, Renée Zellweger listened to the 2019 Dateline NBC podcast upon which the show is based on with her “jaw on the steering wheel,” she told Entertainment Weekly in March. “That’s the thing about it: You can’t quite believe the facts that surround this case. ‘Escalating absurdity’ is how I’d describe it.”

The horrifying particulars of the case have certainly drawn in an audience — The Thing About Pam was the top digital premiere on Peacock for any NBC show, per the network. But a second season of The Thing About Pam is not expected because it was always billed as a six-episode limited series, and since the real-life case is ongoing, there’s not much left to explore. At least not right now.

“When charges were brought against Pam, it felt all the more important to honor Betsy’s story, her family’s story, and to honor the truth as we know it,” showrunner Jenny Klein said. “But Pam has not been convicted of Betsy’s murder, and that trial is in the future, so it’s not for us to say whether she did or did not murder Betsy.”

But is the story about Pam Hupp even worth revisiting past six episodes? The reviews suggest not, with the season currently sitting at 43% on Rotten Tomatoes. Daniel D’Addario at Variety noted that the series feels like just an NBC cross-promotion and is more “about the customs and rhythms of Dateline than it is about a crime story,” since it brings Dateline correspondent Keith Morrison to comment on Hupp’s actions throughout.

Ciara Wardlow at RogerEbert.com said that The Thing About Pam would’ve been a “far more effective feature film.” And Ben Travers at Indiewire called the series a “one-note character study” of Hupp that made questionable choices in its portrayal, like using a comedic tone at times and having Zellweger wear a fat suit. “Hopefully it’s the last thing we’ll hear for a while,” he wrote.

Reviews won’t be the only factor in the decision, of course. Considerations will presumably include ratings and the willingness of key players to return, among others. So far, no second season has been confirmed, but as the real-life case continues to unfold, we’ll see if that changes.

More like this
Rachel Nickell’s Son Wants The Police To Take Accountability Over Errors
By El Hunt
This First Look At 'The Gold' Shows Jack Lowden In A Whole New Light
By El Hunt and Sam Ramsden
The 'Freeridge' Cast Shared Their Hopes For A Potential Season 2
By Grace Wehniainen
'Succession' Season 4 Will Be An "Absolute Banger" According To Cousin Greg
By Bustle Staff
Get Even More From Bustle — Sign Up For The Newsletter
From hair trends to relationship advice, our daily newsletter has everything you need to sound like a person who’s on TikTok, even if you aren’t.