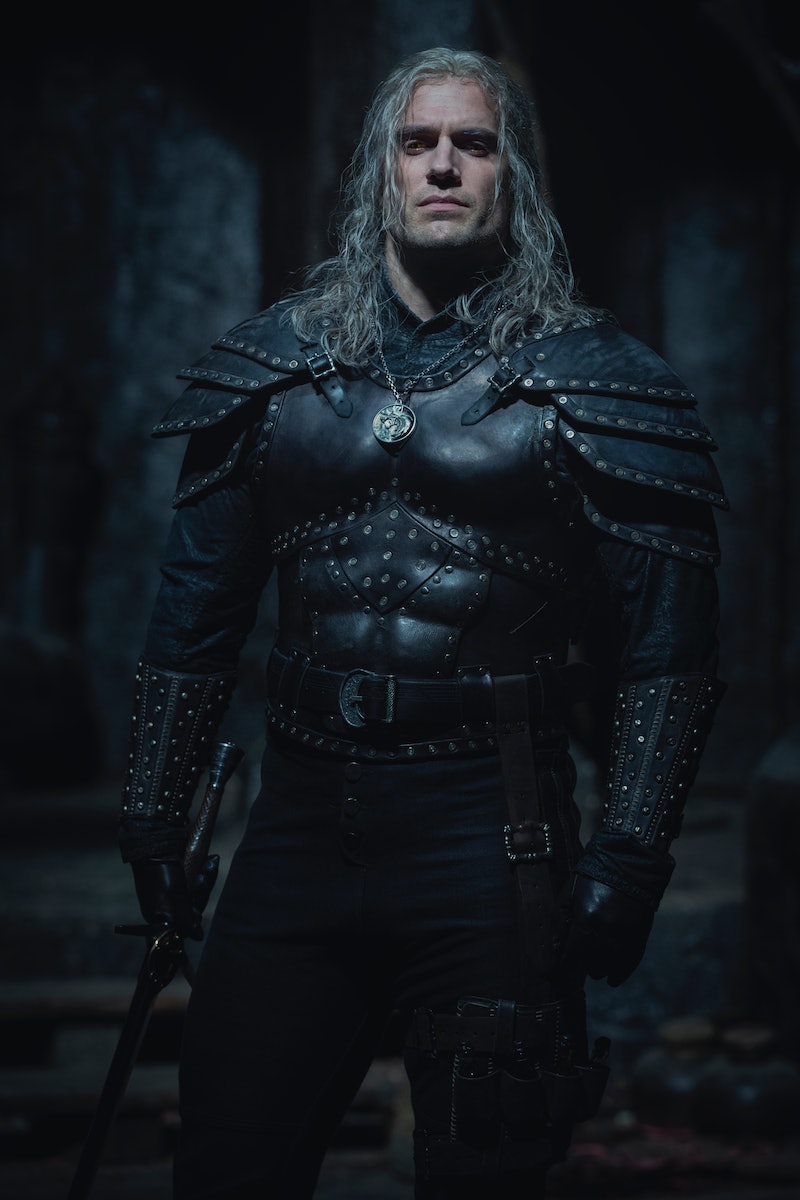 Nearly two years after The Witcher’s Season 1 premiere, Netflix is giving fans a peek back inside the show’s world of magic and monster-hunting. Premiering on Aug. 23, the animated spinoff film The Witcher: Nightmare of the Wolf will follow the story of Vesemir, a young and cocky witcher who slowly learns there are greater ambitions in life than money as he hunts down monsters.

In Witcher lore, Vesemir eventually becomes Geralt’s mentor, but the movie takes place well before the timeline of the Netflix series and Henry Cavill’s Geralt of Rivia won’t be featured. Season 2 of The Witcher isn’t far behind, though: it’s set to hit Netflix later this year. Here’s everything to know about the next chapter of the fantasy drama while you wait.

In addition to Cavill as Geralt, Anna Shaffer and Freya Allan will reprise their roles as Triss and Ciri, respectively. Anya Chalotra will also return as Yennefer.

A number of new characters will be introduced in Season 2 as well. Kristofer Hivju, who played Tormund on Game of Thrones, will take on the role of Nivellin, a cursed man whose image was used to scare children. Adjoa Andoh, who played Lady Danbury on Bridgerton, will portray Nenneke, a priestess and mother goddess. She’s known Geralt since he was a young boy, after he arrived at her temple following a grave injury. Finally, Kim Bodina (Killing Eve) will play the live-action version of Vesemir, a gnarled father figure to Geralt and the oldest living witcher.

Of all the characters in the second season, Ciri is positioned as potentially the most pivotal. While much of Season 1 followed Geralt’s quest to find her, the two finally united at the end of the season. Season 2 will explore their relationship and likely feature Geralt and the other witchers teaching Ciri to harness her magical abilities. “In Season 2, we're really digging in with [Ciri] and we're going to understand her a lot more... where she starts training, where she actually becomes the character that we know from the books and later from the video games, we will see her become that person,” Witcher showrunner Lauren Schmidt Hissirich told TV Guide.

Another character who’s likely to have a large role in Season 2 is Yennefer, the powerful mage and former lover of Geralt. Last time we saw her, she was wielding a dangerous amount of magic during Season 1’s climactic Battle of Sodden Hill. The magic she channeled was so overpowering that she disappeared from the battlefield, leaving fans and characters to wonder where she went. The most likely answer is that she was found and captured by the Nilfgaardian army, the armada she was fighting against in the Season 1 finale. However, Screenrant posits that she may have been captured by the Wild Hunt, a group of specters hunting Ciri for her possession of Elder Blood. Whichever the case, it sounds like Yennefer will have an escape to make in Season 2.

The Season 2 trailer opens with Geralt and Ciri sitting in some snowy woods. “So, I’m your destiny?” Ciri asks. To which Geralt replies, “You’re much more than that, Cirilla.” From there, we watch as Geralt and Ciri travel to Kaer Morhen, a mountain stronghold that serves as a headquarters for witchers. Ciri is introduced to several of these witchers before a sequence where she appears to be suffering from violent dreams. “I feel so afraid, I feel like I burn the whole world,” she says in a voiceover. That’s followed by a shot of a particularly concerned looking Geralt, alluding to Ciri’s great and potentially cataclysmic potential.

The trailer also shows Geralt being protective. “Facing the world is not easy, but I am here for you,” he tells Ciri. We then see the world that Geralt is referring to: sprawling winter landscapes, dragon-esque creatures, and armies readying for battle. Later, Nivellin asks Geralt if his princess is “more than [he] bargained for,” further implying that Ciri is capable of creating chaos.

The trailer ends with a stinger: as a pair of hazy eyes open, we hear “Welcome back,” only to reveal Yennefer still mostly alive on a battlefield. Dec. 17 can’t come soon enough.

More like this
Netflix Reveals First Look At Wednesday In The 'Addams Family' Spinoff Series
By Bustle Editors
Nicola Coughlan Shared A Lady Whistledown Excerpt From ‘Bridgerton’ Season 3
By Grace Wehniainen, Alyssa Lapid and Sam Ramsden
Here's When 'The Crown' Season 5 Will Premiere — And What To Expect
By Bustle Editors
'Elite' Season 6 Is Arriving Sooner Than You Think
By Gretchen Smail and Grace Wehniainen
Get Even More From Bustle — Sign Up For The Newsletter