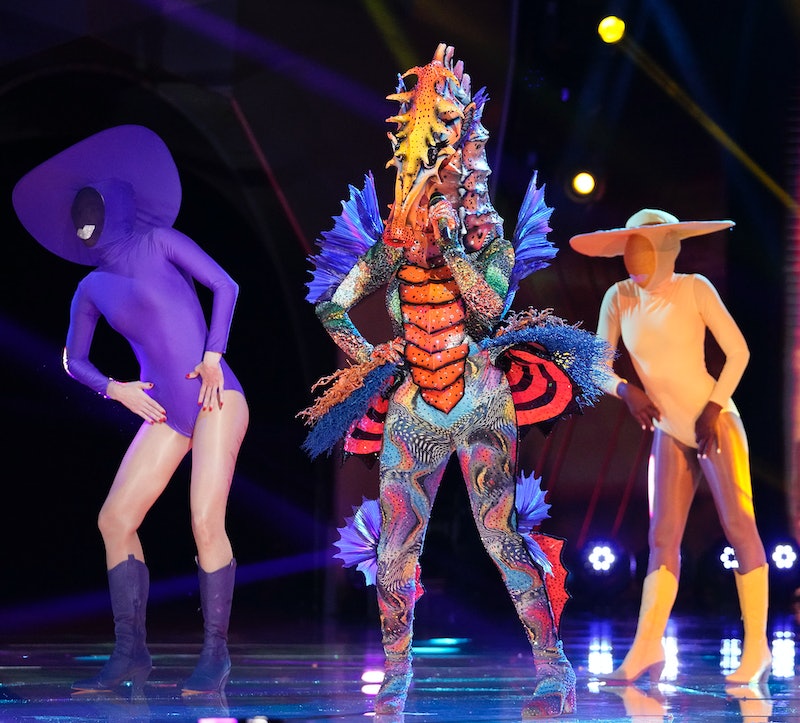 With only six singers remaining in the competition, The Masked Singer fans are honing in on the identity of the elusive Seahorse. Based on her past performances, the leading Masked Singer theory about Seahorse is that she's American Idol alum Tori Kelly.

To recap, the Seahorse made her show debut with a performance of Rihanna’s “Only Girl (in the World)” on the Sept. 30 episode. The performance was so strong, it had the judges guessing singers like Kesha, Halsey, Hailee Steinfeld, and Bebe Rexha. However, fans are convinced the mystery sea critter is Kelly.

Kelly rose to fame after she made it to the semi-finals during Season 9 of American Idol in 2010. Since then, she's released a number of albums and starred in films like the 2016 animated musical Sing. Perhaps she’ll soon add Seahorse to her resume. The receipts are CVS long, but the biggest indicator is that the Seahorse sounds a lot like Kelly, who has actually covered the Rihanna hit before. With the help of the previous cover, viewers are confident they determined a match in the vocals. Still, there's more evidence that Kelly could be under the (sea) mask.

In the Sept. 30 Seahorse clue package, fans spotted a rainbow frog and poodles situated around a campfire. Some quickly noted that the amphibian could be a nod to Kelly’s performance of “Rainbow Connection” with Kermit the Frog during a “Wonderful World of Disney” special. As for the poodles, those are presumably a reference Kelly’s own dog, Frodo. And that whole “hog with warts, Hogwarts” reveal could be a hint at how Kelly is a well-documented Harry Potter fan. (Along with Frodo, she has a second dog named Dobby.)Plus, in her initial package, Seahorse offered this clue: “Living in the ocean can be dangerous, so it’s always good to find a quiet place to hide." That sounds like a nod to Kelly’s 2018 album, Hiding Place.

The Oct. 14 clue package continued to line up with Kelly. Seahorse was depicted on a wagon with a crossed out broken tooth smile on it. Kelly's debut album was called Unbreakable Smile. Another album reference: Seahorse's fish tank had the Disney phrase "a dream is a wish your heart makes," and Kelly was featured on the We Love Disney compilation. There were also a couple of Idol winks. Toward the beginning of the package, there was a clown carrying a giant "fail" branding iron, which could be how Kelly felt after she didn't make it to the top 24 of American Idol. Finally, Seahorse was also shown crying as several 9:00 clocks flew around her; Kelly was voted off on American Idol Season 9.

And the hints continued. The Nov. 18 clue package revealed that Seahorse grew up going to church. Kelly has been very open about being religious and even released a gospel-inspired album in 2018. The package also showed two baby dolls and Nashville chicken in the church. Kelly recorded the 2016 Christian song "Baby Baby" with Amy Grant, who grew up in Nashville.

It’s all pretty compelling, but not everyone is convinced that Kelly is the sea creature. Some theorists believe Seahorse could also be Halle Bailey from the R&B sister duo Chloe x Halle, with the sea animal being a nod to Bailey’s role as Ariel in the upcoming live-action remake of The Little Mermaid. Others have taken the “quiet place” clue literally and guessed The Quiet Place actor Emily Blunt is behind the mask. Then there are the fans on Reddit who think it could be Carly Rae Jepsen, as Seahorse once said, "You may call me melodramatic." We'll have to wait and see, but at this point it's hard to deny that Seahorse has a lot in common with Kelly.

The Masked Singer airs on Fox on Wednesdays at 8 p.m.

This article was originally published on Oct. 14, 2020