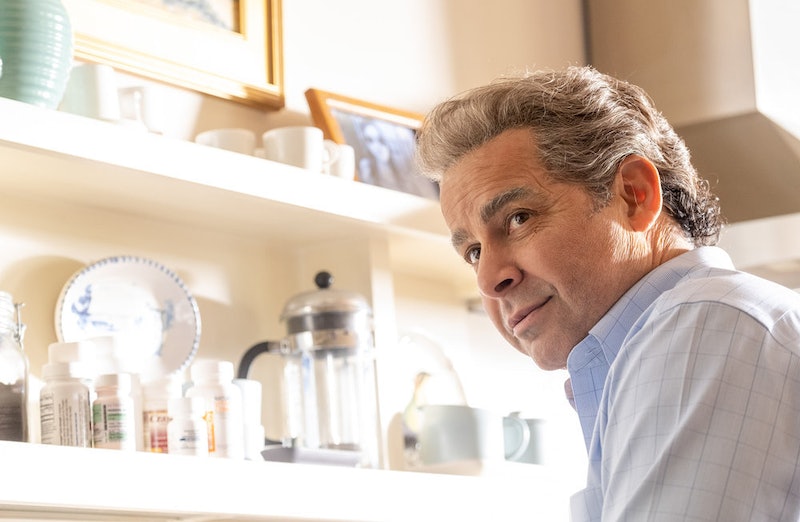 Look, Miguel was never going to have the warmest reception on This Is Us — at least not without working for it. Jack Pearson was so loved by his children (and adored by viewers) that anyone stepping into his shoes would naturally have to compete against tough comparisons to The Perfect Father. Miraculously, Miguel has done just that.

Miguel is not Jack (a fact his stepchildren will probably never let him forget), but he’s just as dreamy and remarkable of a character in his own right. As the show hurtles toward its series finale and we get a closer look at Miguel and Rebecca’s relationship, here are just a few of the man’s best moments so far.

Miguel understood that Rebecca was special from Day 1 — even when Jack himself struggled to see it. While the besties have a vent session at a bar in Season 1, Episode 2, Jack says, “It’s hard to see the woman I married sometimes.” Miguel is having none of it. “The thing is, your wife is like, the gold standard of wives,” he says. “She’s smart, funny, beautiful, great personality, greater ass. She’s raising not one, not two, but three 8-year-olds ... as your loyal best friend, it is my duty to remind you what you got there.”

He Can Handle The Pearsons’ Dysfunctional Side

To be a Pearson is to know trauma. Like, a lot of it. From the secrecy surrounding Randall’s adoption to the tragic slow cooker Super Bowl fire, every family member has baggage, and they don’t always (read: rarely) handle it in the best way. But Miguel sticks around through it all, loving Rebecca and her family and facing all their thorny history as if it were his own.

In Season 2, Episode 12, he bonds with the “Other Big Three” (in-laws Toby and Beth) as somewhat of an outsider to the family but is quick to defend Jack and the kids when necessary. And in Season 3, Episode 3, the show reveals the trio even has a group chat, “mostly GIFs,” Beth says, and some armchair psychology from Miguel. He’s invested.

He Was There For The Pearsons After Their Worst Day Ever

Following the fire in Season 2, Miguel takes in the Pearson kids while Jack and Rebecca are at the hospital. Once he finds out that Jack is gone, he’s devastated too. But it’s not just a shared heartbreak that bonds Miguel with Rebecca. In the seasons that follow, he serves as a major source of support for the Pearsons as they grieve and is one of the few people who can make Rebecca smile. Speaking of...

The Yearning Is Real

Miguel has been the closest thing This Is Us has to a villain, simply by virtue of being Not Jack. But in Season 6, he’s had the chance to try on the role of romantic hero. In the wake of Jack’s death, Miguel’s frequent nights in with Rebecca — they watch Who Wants to Be a Millionaire? five times a week — are a sweet respite from her new reality. And in Episode 7, when he reveals he’s moving to Texas despite the pair’s mutual and previously-unspoken feelings for each other, his goodbye is as swoon-worthy as it is heartbreaking: “I don’t know what else to do,” he says. “You’re my favorite person.” Now if that isn’t one of the most romantic This Is Us moments ever...

He’s There For Rebecca

As Rebecca continues to grapple with memory loss in Season 6, Miguel is a source of comfort and advocate for her care. In Episode 2, he assuages Rebecca’s concerns that he’s not getting “the best version” of her. “I am gonna be up to the task,” he says. “And I’m going to be amazing for you, every step of the way. I promise. We’ll get through this together.” Five episodes later, he braves a conversation with Kevin (perhaps the most devout Jack worshipper) to discuss the logistics of building a guest house for Rebecca’s future caregivers.

Sure, Miguel’s love is a quieter, cozier kind of romance than Jack’s big, sweeping gestures, but it’s proof that he’s everything Rebecca needs and deserves today. Jack would be proud.