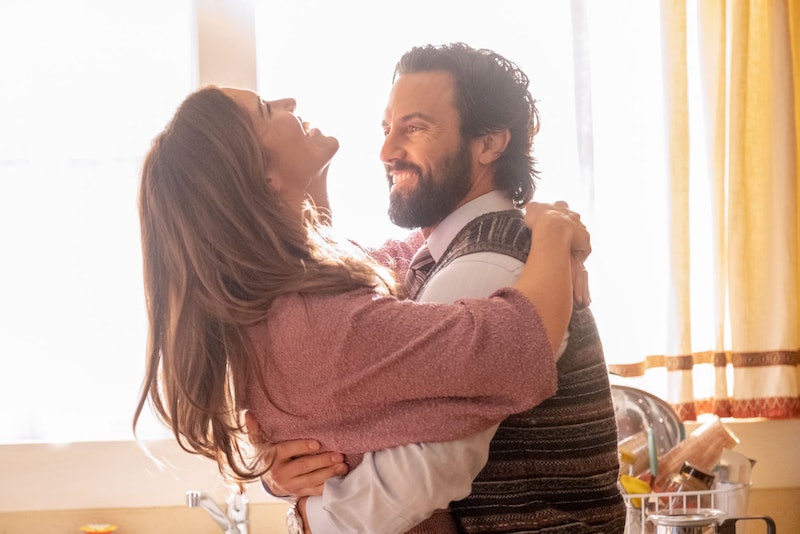 As This Is Us entered its sixth and final season, there were still a lot of mysteries and questions to resolve. Fans didn’t have to wait long to get some answers, however, as series creator Dan Fogelman told Entertainment Weekly that two or three loose ends from the Season 5 finale would get tied up by the second episode of Season 6 — including the identity of Uncle Nicky’s (Griffin Dunne) future wife.

“The good news is, it’s not going to take more than one season of television to get all the answers. My hope is that by the end of the series, there is no stone left unturned,” Fogelman explained, adding that the first half of Season 6 would stay largely in the present timeline. “I feel like we’ve done our job and we’ve made the choices that we thought were best for the characters and for the story. But by the end of it, I don’t think there will be any of these timeline mysteries left. Hopefully it will set us up for a very beautiful and simple ending to the entire venture.”

Have plenty of tissues ready, regardless. “I just wept like a baby,” Sterling K. Brown (Randall Pearson) told Today of the final episode, which he likened to the 1993 Cheers series finale. “I feel like our show’s already prone to inducing tears. I think [these] will be tears of satisfaction with how our story comes to an end.”

Knowing the show, it won’t be until the very last moment that everything clicks into place. But that hasn’t stopped fans from theorizing how the final season will play out. Read on for the best theories on the This Is Us series finale ending thus far.

It’s no secret that Rebecca (Mandy Moore) is nearing the end of her life in the 2034 timeline, and viewers are anticipating a tearjerker. Several Reddit users predict that the series will end with Jack (Milo Ventimiglia) welcoming his wife to heaven. “My dream is that Jack greets Rebecca with a birthday cupcake and candle, welcoming her to the first birthday of their new life together (or she literally goes to heaven on her actual birthday),” one fan wrote of what would be a “full circle moment.” Another user imagined the Pearson family playing the Pin The Tail On The Donkey game Beth (Susan Kelechi Watson) brought to Kevin’s (Justin Hartley) house. “And, as the light fades out, we hear Jack saying ‘Bec’ one last time (because he is greeting her?) A perfect wrap up to how both of them die and eventually get reunited.”

Chrissy Metz, who plays Kate, cryptically hinted to EW in December that “two very important characters” will experience health issues and likely die in Season 6. “We will see the end of their journey and that's always just so difficult,” she said. “It's going to be a lot.” Rebecca is the first seemingly obvious (maybe too obvious?) person, but it’s worth noting that, as of the Season 5 finale, neither Kate nor Rebecca’s husband, Miguel (Jon Huertas), had been seen in the future 2032 timeline. Responding to Metz, Fogelman played coy, telling the magazine that it’s possible more than two characters will die — though viewers finally got their first glimpse of future Kate in the April 12 episode.

Several fans are convinced Miguel will be one of the characters to meet their demise — something Ventimiglia seemed to hint at during a 2020 interview with Us Weekly. “Speaking as Jack, it breaks my heart that Miguel is not around because that’s his best friend,” Ventimiglia said. “But maybe that means that Jack and Miguel are just kind of hanging out in heaven together. I don’t know!” In light of Miguel’s deteriorating health at Kate and Phillip’s (Chris Geere) wedding — and the May 3 episode focusing on Rebecca’s second husband — it’s not looking good for the honorary Pearson.

Kevin & Sophie Will Be Endgame

After Madison (Caitlin Thompson) and Kevin called off their wedding in the Season 5 finale, fans were quick to speculate that he and his childhood sweetheart Sophie (Alexandra Breckenridge) will end up together by the series’ end. “If I'm a viewer of the show, I think [Sophie is] officially in play,” Fogelman told EW after the episode aired. “Certainly it doesn't feel their storyline has resolved. I can't say much more than that.” In a separate May interview with Deadline, the This Is Us creator added that the end of Kevin’s romantic journey will be “satisfying,” though the woman he ends up with “won’t necessarily be one that everybody was rooting for.”

Some fans have even latched onto something Kevin said to Sophie at her mom’s funeral in Season 4: “I’ll see you next time someone dies.” Given all the possible final season deaths, some believed that the line foreshadowed their possible reunion, whether it’s at Rebecca’s funeral or someone else’s. As viewers now know, however, Kevin and Sophie did reunite at a milestone event — though it wasn’t a funeral. Despite teasing possible romances with Cassidy (Jennifer Morrison) and Arielle (Katie Lowes) at Kate’s wedding, it seemed the high school sweethearts were getting back together for good. Though there’s still a handful of episodes left, This Is Us story editor Danielle Bauman hinted to EW that she thinks viewers “can rest easy” that the couple will still be intact come finale time.

Randall Is Writing A Book

Perhaps the most creative Reddit theory points to the New Yorker profile calling Brown’s Randall a “Rising Star” that was shown in a time jump during the Season 5 finale. “I couldn't make out anything on the page but it made me think he's become a writer and producer,” wrote one user, who theorized that the final episodes will reveal Randall has written a book to preserve all the Pearson family memories for Rebecca.

“Each family member adds their memories of events and it grows into something bigger,” the fan continued. “Randall publishes the book and it's a huge hit. There's talk of making it into a movie and the Big Three decide that it would be a great way to honor Jack & Rebecca. The movie is written by Randall, directed by Kevin. Kevin, Kate, and Randall are co-executive producers. The movie does so well Randall and the movie have been nominated for several Academy Awards which is why the article calls him ‘Rising Star.’”

As the season progressed, viewers learned that the article was part of Randall’s successful bid to become a senator, though that doesn’t necessarily cancel his book-writing prospects.

A New Generation Of Pearsons Will Emerge

Though the father’s identity is still unknown, Deja is pregnant in the 2034 flash-forward scene at Kevin’s house. Viewers also have yet to see much of the “new Big Three” (Hailey, Nicky, and Franny). One Reddit user predicted that Rebecca will die prior to the finale, which will then “flip through time after her death and up to the Adult Jack Damon time period and maybe even later.” Another fan guessed that the ending would “show us the Pearson family throughout the generations,” adding, “Not sure if we'll see further than [Jack and Lucy’s daughter] Hope’s generation, but we'll almost definitely see the New Big 3 growing up and living life.”

Only time will tell which, if any, of these predictions prove to be true when the This Is Us series finale airs on May 24.

More like this
The 'New Amsterdam' Series Finale Opens An “Unexpected” Door To The Future
By Brad Witter
The 'Hunters' Creator Wanted The Series Finale To Serve As A "Catharsis"
By Brad Witter
The 'Teen Wolf' Creator Revealed If 'Wolf Pack' Takes Place In The Same Universe
By Grace Wehniainen
The 'Gossip Girl' Reboot Creator Is “Looking For A New Home” To Air A Potential Season 3
By Brad Witter
Get Even More From Bustle — Sign Up For The Newsletter
From hair trends to relationship advice, our daily newsletter has everything you need to sound like a person who’s on TikTok, even if you aren’t.