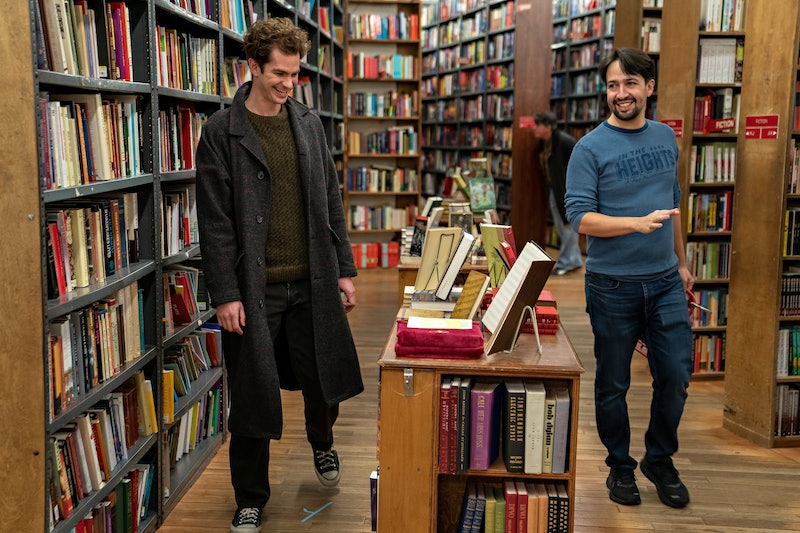 Say what you will about Lin-Manuel Miranda, but there’s no denying that the man loves an Easter egg. Hamilton is one big three-hour game of spot the hip-hop reference, and this past summer’s film adaptation of In the Heights contains more than a few nods to other touchstones in his life and career. It should therefore come as no surprise that his directorial debut, the Netflix film adaptation of Jonathan Larson’s musical Tick, Tick... Boom!, also contains a ton of Easter eggs. There are about a thousand Broadway cameos as well as a handful of nods to classic shows like Sunday in the Park With George. But one of Miranda’s biggest influences is, of course, Rent.

Larson started writing Rent in 1989 while he was waiting tables at New York City’s Moondance Diner. After a workshop in 1993, the show premiered Off-Broadway in January 1996 and quickly became a hit. Larson, however, never got to see how successful his musical became — he died of an aortic dissection on the day of Rent’s debut.

Larson’s other musical, Tick, Tick... Boom!, never became quite the phenomenon that Rent did, but that’s poised to change with the release of Miranda’s new movie, starring Andrew Garfield as Larson. “​​There’s this childlike, 8-year-old [quality about Miranda], which is constant,” Garfield told Bustle in this month’s cover story when talking about the movie. “Everything is possible.”

Keep reading for eight callbacks to Rent that you might have missed in the new film.

More like this
Another Side Of Rupert Grint
By Maria Sherman
11 Movies To Watch At The 2023 Sundance Film Festival
By Chloe Foussianes
Bonnie Milligan's Wellness Routine, From Daily Journaling To Drugstore Teas
By Jessica Derschowitz
'Abbott Elementary' Fans Probably Missed This 'Parent Trap' Easter Egg
By Sam Ramsden
Get Even More From Bustle — Sign Up For The Newsletter
From hair trends to relationship advice, our daily newsletter has everything you need to sound like a person who’s on TikTok, even if you aren’t.