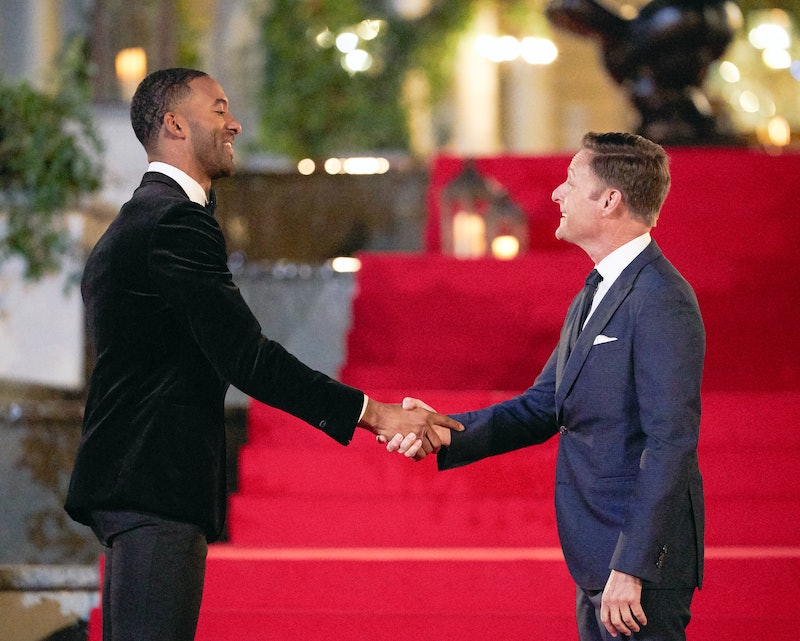 It only took five minutes into Matt James' Bachelor premiere for fans to notice how different his season is from Tayshia and Clare's. Specifically, the contrast between their quarantined filming locations. "How did we go from this to this," wrote one Twitter user alongside a photo from Tayshia and Ivan's airstream fantasy suite date and the straight up palace Chris Harrison started Matt's season from.

And that's not all Twitter had to say. See the best tweets from the premiere below.

The Bachelor Bubble Is Definitely Not La Quinta

Clare and Tayshia were trapped in the sweltering desert heat while filming at La Quinta resort in Palm Springs, California, and it's safe to say that production learned from that mistake. Matt and his contestants filmed at Nemacolin Woodlands Resort in Western Pennsylvania — a lavish escape set against the dreamy foliage of fall.

Matt Is Already A Fan Fave

There's a reason ABC got a record number of applications after announcing him as The Bachelor.

She's giving them major Miranda Priestly and Moira Rose vibes. Did you see those leather leggings?

And Took Notice of How Tall Matt Is

He towered over Chris Harrison and a bunch of women in heels.

Fans Think This Contestant Looks Like a Schitt's Creek Character

Kit Is The Bennett Jordan Of Matt's Season

She's the daughter of fashion designer Cynthia Rowley, she lives in New York City, the words "emotionally intelligent" are in her ABC bio, and she arrived on set in a Bentley.