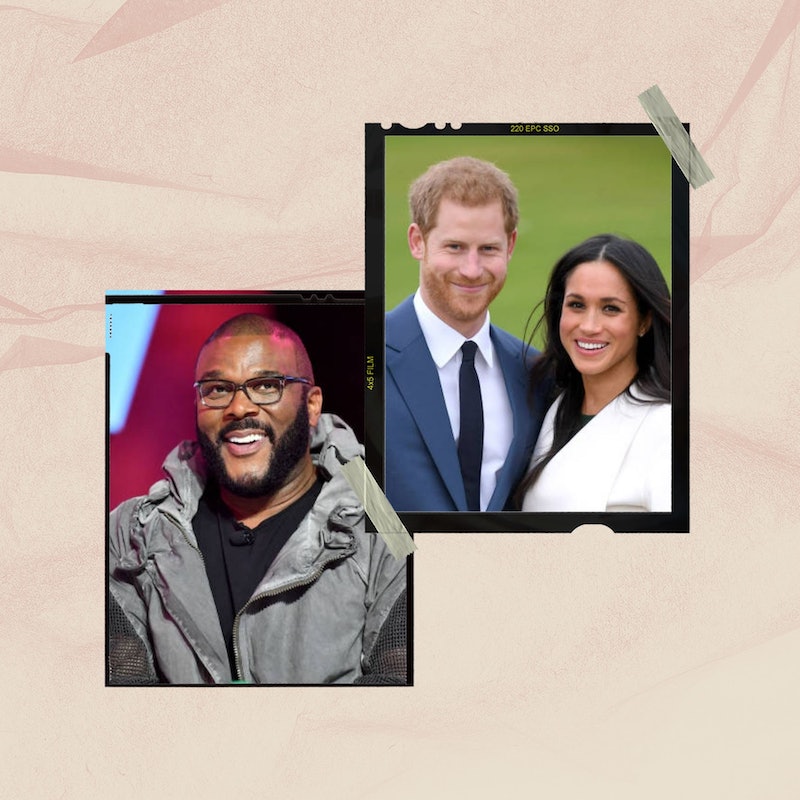 When Prince Harry and Meghan Markle sat down for their blockbuster Oprah interview, audiences were surprised to hear that Tyler Perry provided refuge for the couple in the initial aftermath of their leaving the royal family and relocating to America. Perry reappeared in their story when he was featured in the final episode of their Netflix documentary Harry & Meghan to discuss the impact of media scrutiny and internal treatment from the “Institution” on their wellbeing.

Perry spoke directly about the “abuse” Meghan claimed to endure from the royal family. “I could hear the fear [in her voice]. It was palpable. I mean, I could hear it,” he said. Speaking about Meghan’s state of mind during this time, he continued, “[Meghan] was afraid of [the royal family] destroying her, or going crazy, or them making her think she was crazy.”

Perry has previously opened up about his own experiences with abuse in his childhood and was not shy in comparing Meghan’s treatment to the abuse he witnessed his father inflicted upon his mother. “This woman was abused. And so was [Prince Harry]. I saw my mother be abused for years; I knew the symptoms. I knew what it was like.”

The media mogul even compared the royal family’s actions to that of a “batterer” — specifically when they removed the security detail for the family amid growing public disdain. “To use the institution to try and do all the things a batterer would do, like ‘We’re gonna cut off the money. We’re not gonna leave you security. We’re gonna do all those things to make you comply and come back,’” he said. “And for the both of them to have the wherewithal to say, ‘I don’t give a damn if it’s the palace. I’m out of here.’ I applauded that.”

The documentary revealed that the former Duke and Duchess of Sussex weren’t acquainted with Perry prior to him opening his home to them in 2020. “Sometimes it’s easier to just open up to someone who knows nothing at all. And that was that moment with me and Tyler,” Meghan said. In the time since then, the families have become so close that Perry was named the godfather of Harry and Meghan’s daughter Lilibet.

If you or someone you know is experiencing domestic abuse, call 911 or the National Domestic Violence Hotline at 1-800-799-SAFE (7233) or visit thehotline.org

More like this
Helena Bonham Carter Doesn't Think 'The Crown' “Should Carry On"
By Sam Ramsden
'The Crown' Season 6 Has Suspended Filming "Out Of Respect" For The Queen's Death
By Bustle Staff
Gillian Anderson's New Netflix Drama Is *Nothing* Like 'Sex Education'
By Frances Stewart
Princess Diana’s Brother Shared A New Photo Connected To Her Childhood
By Darshita Goyal
Get Even More From Bustle — Sign Up For The Newsletter
From hair trends to relationship advice, our daily newsletter has everything you need to sound like a person who’s on TikTok, even if you aren’t.