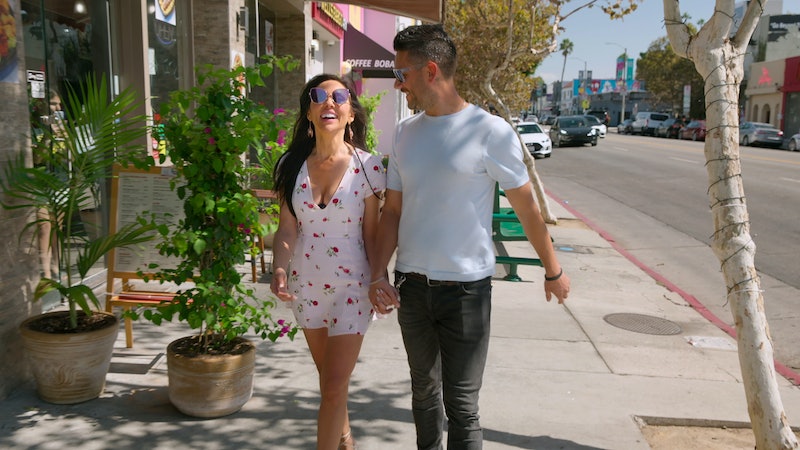 Season 5 of Netflix’s Selling Sunset is finally here, which means the real estate agents of the Oppenheim Group are back to selling houses and stirring up drama. Their favorite brand of drama? The romantic kind, of course. One of the Season 4 additions to the brokerage (and cast), former telenovela star Vanessa Villela, actually got engaged a few months ago. Although her engagement didn’t occur until after filming for Season 5 was wrapped in 2021, Season 5 still promises to offer fans a glimpse at Villela’s then-boyfriend and now-fiancé, Tom Fraud (given name Nicholas Hardy).

Tom Fraud is a photographer who also previously worked as a creative director at one of London’s leading photo agencies, and has an extensive photography portfolio that ranges from travel to sports. He was also recently working as the Creative Director for Lascivious, a UK-based lingerie brand, but it’s not clear if he’s still in that position. Regardless, recent photos on his Instagram page @tomfraud make it clear that Fraud’s fiancée Villela is his favorite muse.

According to his website, the pseudonym Tom Fraud is meant to represent “the dreamers and believers who follow their heart, instincts, and desires. The ‘outside the box’ thinkers who break all the rules!” He adds, “Fraud stands for the idea of going against the tide, doing your own thing, and doing it your way.”

Although the exact date of their engagement is still private, Villela announced on Jan. 30 in an Instagram post that she had recently gotten engaged to boyfriend Tom Fraud. The Selling Sunset star’s now-fiancée popped the question in front of the Griffith Observatory in Los Angeles, and from the video of the moment Villela later shared on Instagram, it was clearly an emotional moment for the couple.

Fraud also shared a post on Instagram in celebration of his engagement and provided some more details on his relationship with Villela in the caption. The two apparently met on October 10, 2020, and it only took a couple of months for their fast friendship to blossom into a romance. Fraud flew to Mexico to visit Villela, and as he explains in the caption, what was initially planned as a 10-day trip ended up turning into 2 months. The rest is history — or at least fodder for the next season of Selling Sunset storylines.