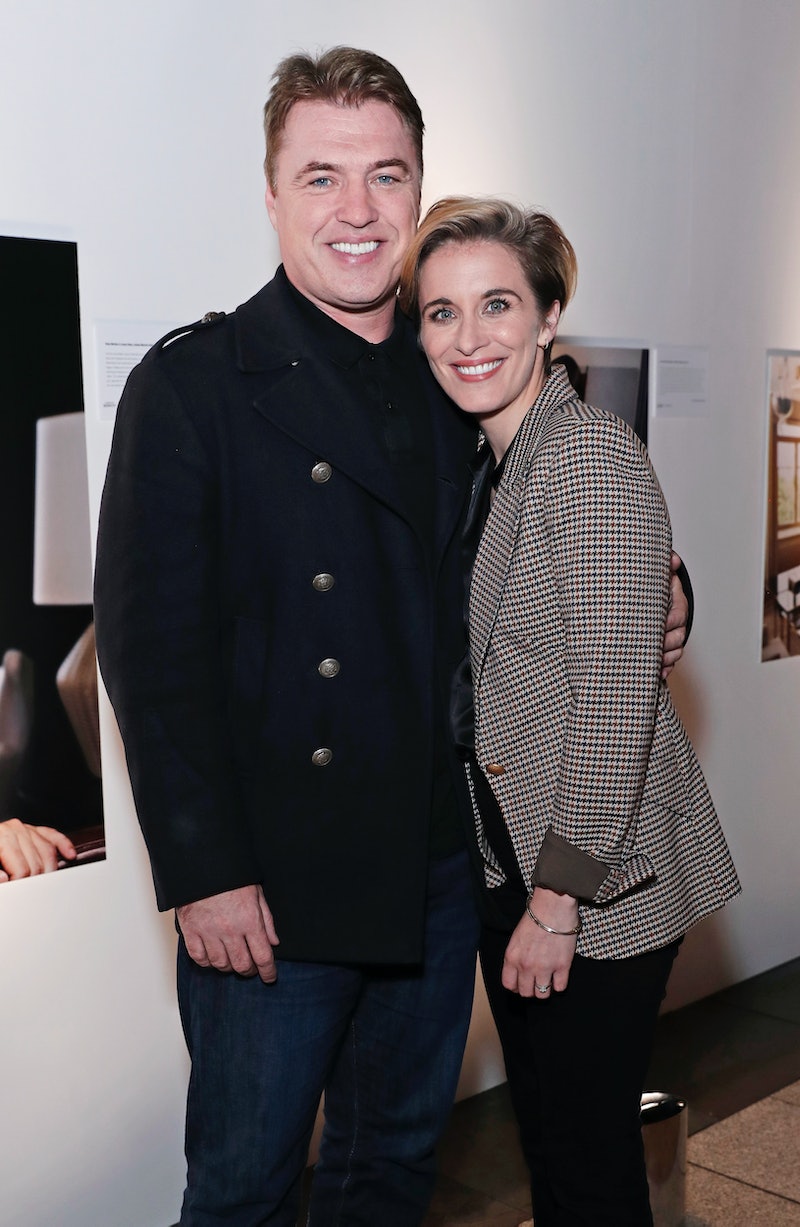 Though you’ll probably know actor Vicky McClure best from steely crime dramas like Line Of Duty and Trigger Point, the BAFTA award-winning actor isn’t just a dab hand at depicting life on the firing line. Outside of her work in the fictional police force, the actor is known for appearing on other TV shows such as Broadchurch and This Is England, and formed a Nottinghamshire-based choir for music lovers living with dementia back in 2018.

After fronting a documentary on the subject for the BBC four years ago, McClure will now present Our Dementia Choir Sings Again, following the choir as they record a new charity single. The actor was originally inspired to form the project after caring for her grandmother, who had Alzheimers.

Born and raised in Nottingham, the actor is married to the Welsh actor, producer, and director, Jonny Owen. But what else is there to know about the pair? Well, according to the Huffington Post UK, McClure and Owen first met on the set of their 2013 film, Svengali. McClure played the character of Shell in the film — the on-screen girlfriend of Owen's character, Dixie. Speaking about falling in love on-set, McClure said: "We hit it off straight away, but we tried not to make a big deal out of it for the sake of the rest of the team, and they didn’t seem too bothered, either. I’m really chuffed when people tell me they thought we had chemistry on the screen, without them realising that we were actually together. It’s obviously plain to see."

In an interview with the The Guardian, Owen described his fiancé as "a really warm person," and discussed the moment he told McClure that he loved her. He revealed: "On one of our days off, we went walking on London's South Bank, but as we were going along, she suggested we go to the pub. It was the middle of the day. I thought: 'She's a dream woman!' I told her: 'I'm falling in love with you.' It was quickly reciprocated." Owen also believes that the reason he and McClure "fit well" is because they're from "similar working-class backgrounds."

Meanwhile, McClure has also opened up about the intricacies of their relationship. Speaking to The Guardian, the actor said: "There's never anything unspoken between us. Being upfront with each other is really important to me and I feel totally safe with Jonny. I hope the future holds the rest of our lives together — I can't see my life without him in it."

Back in 2017, the pair announced their engagement after four years of dating, as the Daily Mail reported, McClure made the announcement on her Instagram account with a simple caption that read "Yes!” Owen popped the question during a romantic stroll through their hometown of Nottingham, and speaking to Nottinghamshire Live, McClure revealed, "We stayed at home for the first time together on Christmas Eve so had Christmas morning together. He popped the question over a cup of tea — we moved onto the bubbles by 8.30 am. What better place to share the news but Wollaton Park."

Since Owen first popped the question by hiding a ring amongst their box of tea bags, the couple have been taking things slowly on the wedding planning front. “We will get around to the big day as and when,” McClure told WalesOnline in 2020. “For now, I’m happy to have a curry with my joggers on, watching telly with Jonny. That’s the pinnacle!”

And despite McClure becoming a household name thanks to starring roles in respected Jed Mercurio-fronted shows, the couple is determined to keep things low-key .“As long as I can live in this way [in Nottingham] I’m happy,” she told The Guardian. “I don’t know what’s coming next. You know, me and Jonny are just normal people with extraordinary jobs.”