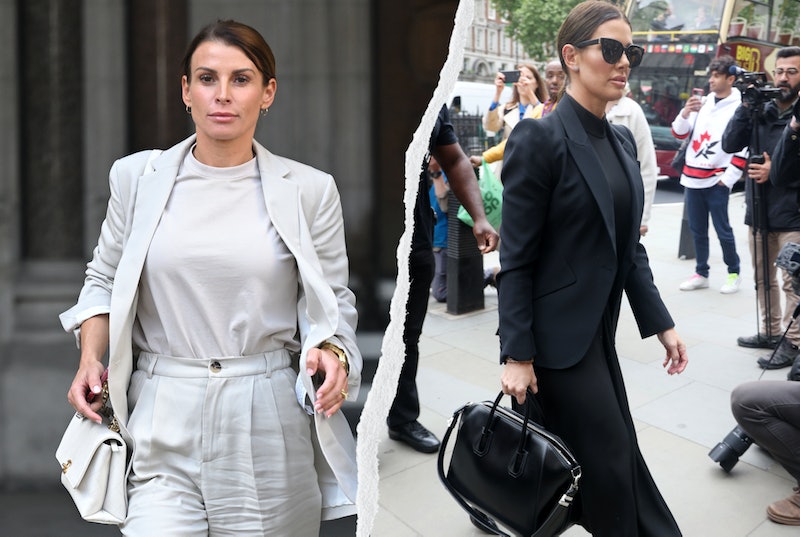 Reminiscent of an early ‘00s episode of Footballers Wives, the WAGatha Christie court case between Coleen Rooney and Rebekah Vardy is even more dramatic than anticipated. The Vardy vs Rooney saga began in 2019 when the latter accused Vardy of leaking stories about her to the press. Recall the infamous line “It's... Rebekah Vardy's account.” Vardy later denied Rooney’s accusations, announcing plans to sue Coleen for defamation. As the trial concludes, the all-important WAGatha Christie case files have finally been released - in full. Here’s how to find the WAGatha WhatsApps, screenshots, tweets, and more.

The much-anticipated trial kicked off in May 2022, and has consistently provided social media spectators with some explosive, hilarious, and frankly bizarre courtroom moments. Questionable courtroom sketches, chipolata jokes, and references to Pirates Of The Caribbean’s Davy Jones are just some of the highlights thus far.

Now, juicy details such as social media screenshots and WhatsApp exchanges between those at the heart of the case have been unveiled to the world. Luckily for us avid followers of the celebrity trial, those keeping a close eye on the case - including the Evening Standard courts correspondent, Tristan Kirk - have shared the never-before-seen WAGatha Christie files on social media for our viewing pleasure.

Perhaps some of the most shocking details to have emerged from the newly-released documents include some explosive WhatsApp messages allegedly sent by Vardy in the aftermath of Rooney’s bombshell claims.

“All I’ve ever been is nice to her though! Even when Wayne was being a ****,” one message read, while another text allegedly showed Vardy claiming that Rooney “needs to get over herself.”

In another text message exchange between herself and her agent, Caroline Watt, Vardy also allegedly wrote “that’s war,” stating that she is “disgusted” at having to deny Rooney’s claims of leaking stories to the tabloids.

The WAGatha Christie court files also display screenshots from Rooney’s Instagram stories that were shared on a private account, and used by Coleen in her sting operation to uncover Vardy as the alleged leaker. The Instagram stories in question feature photos of Rooney’s damaged car and references to a flooded basement - both of which were reportedly leaked to the press by Vardy, as Rooney claims.