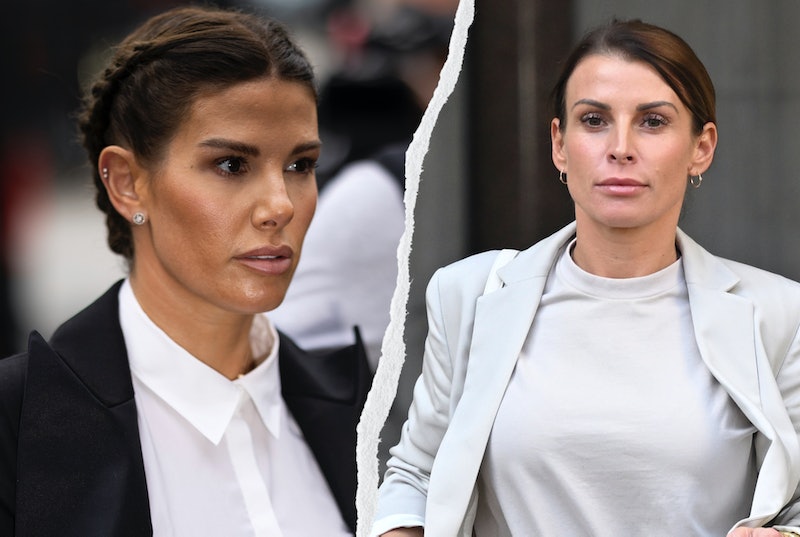 It was always going to be a big talking point when Rebekah Vardy and Coleen Rooney’s trial commenced, but nothing could have prepared us for what we’ve heard so far. Everyone from Peter Andre to Pirates Of The Caribbean’s Davy Jones has been brought into the drama, much to the amusement of avid Twitter commentators. Three years after Rooney’s explosive Instagram post became a social media bombshell and led to the creation of the #WAGathaChristie hashtag, the world has been gripped by the fallout of Rooney’s accusation that Vardy sold stories about her to the press.

Vardy has vehemently denied all accusations, and now the WAGatha Christie feud is continuing in court as Vardy sues for libel. Enter: some truly hilarious memes and tweets from one of the wildest court cases to take place in the age of social media.

From questionable courtroom sketches and chipolata jokes to a few surprising courtroom laughs, keep scrolling for some of the best reactions to the WAGatha Christie trial.

In addition, people can’t help but think this is all very awkward for the ladies’ husbands, footballers Wayne Rooney and Jamie Vardy. And the courtroom sketches have everyone talking for all the wrong reasons.

Fans have even been calling for the case to be live-streamed like the Johnny Depp and Amber Heard trial.

“Rebekah Vardy calling Coleen Rooney a c**t for unfollowing her on Instagram, I honestly have no idea why this trial isn't being broadcast on big screens outside pubs like the Wimbledon final, I am simply hooked,” one Twitter user wrote.