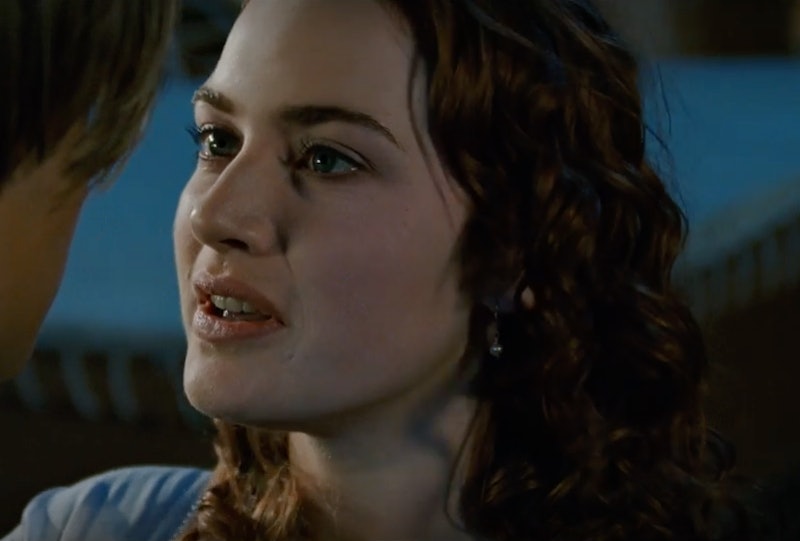 I bet ten of your finest American Dollars that you have seen Titanic. A massive box office hit, it initially grossed $1.84 billion, which is pretty impressive for its 1997 release. In fact, it was the highest grossing film of all time until director James Cameron surpassed his own record with Avatar in 2010. It was critically acclaimed, too, winning an impressive 11 Oscars. It's one of those films that gets the tears pumping a mile a minute and has so many memorable lines: who hasn't jokingly said "draw me like your French girls" when sprawled across a sofa? Titanic is a classic. But, based on true-life events, it does beg a lot of questions on which parts, and characters, were in fact real. Today’s quest? To find out if Rose in Titanic was based on a real person?

Was Rose In Titanic A Real Person?

The year is 1997. You probably don’t have a computer. You certainly don’t have a smartphone, as they hadn't been invented yet. So when you first see Titanic, you can’t Google how historically accurate the film was, or whether the characters in Titanic were based on real people. Heartache, I know. Did Rose really survive one of history's worst maritime disasters (and should Jack have survived, given the size of that door...)?

Films that are based on historic events aren’t always reliable in terms of historical accuracy, with writers and directors often taking creative license in order to make a film far more interesting and Hollywood than the actual event. But in the case of this particular Hollywood blockbuster, writer and director James Cameron wanted to make Titanic as historically accurate as possible. “When I wrote the film, and when I set out to direct it, I wanted every detail to be as accurate as I could make it, and every harrowing moment of the ship's final hours accounted for,” Cameron told Entertainment Weekly on the release of his documentary celebrating the 20th anniversary of the film’s release. “I was creating a living history; I had to get it right out of respect for the many who died and for their legacy.”

Who Was Rose In Titanic Based On?

Wood was an artist and lived life to the fullest. Her biography on her website describes how her art was her life. It reads:

“Ultimately, it is impossible to separate her life experiences from the work she created, as she truly mastered the art of life.”

Born in San Francisco in 1893 to very wealthy parents, she was a rebel from the get go. Just like Rose, she wanted to carve her own path, despite protests from her parents. Back in a time when a woman not sticking to the rules was tantamount to insanity, she did what the eff she wanted.

"Beatrice was proof," says Cameron in his book James Cameron: Interviews, "that the attributes of Rose's character that I thought might have been perceived as far-fetched were not. When I met her, she was charming, creative and devastatingly funny"

Time spent in Paris, as both an artist and performer led to her falling for all the wrong sorts of men, with her biography saying she felt like a "monogamous woman in a polygamous world.” She developed into an accomplished ceramicist and in later life, took pen to paper and wrote several books. She lived to the ripe old age of 105, with the New York Times reporting that she attributed her long life to "chocolate and young men."

Cameron claimed her vivacious and wild rebellious character was what inspired him to write the character of Rose, based on her. In his book James Cameron: Interviews, Cameron said:

"She was a little bit the inspiration for the character in Titanic. In fact, I called her up and asked her permission to use her a little bit, to interview her and use her as a kind of model for this character even though Beatrice had no connection to the Titanic itself. She said, 'Oh I couldn't possibly do that because I'm only 35'. She was 102 at the time"

A hilarious character by all accounts, Wood sounds like she really deserved to inspire a character in film. No word on whether she would have let Jack stay on the door or not.

Thames, R., All Hands on Deck: A Cluster Analysis of Key Images/Terms in James Cameron's Titanic.

This article was originally published on June 30, 2018