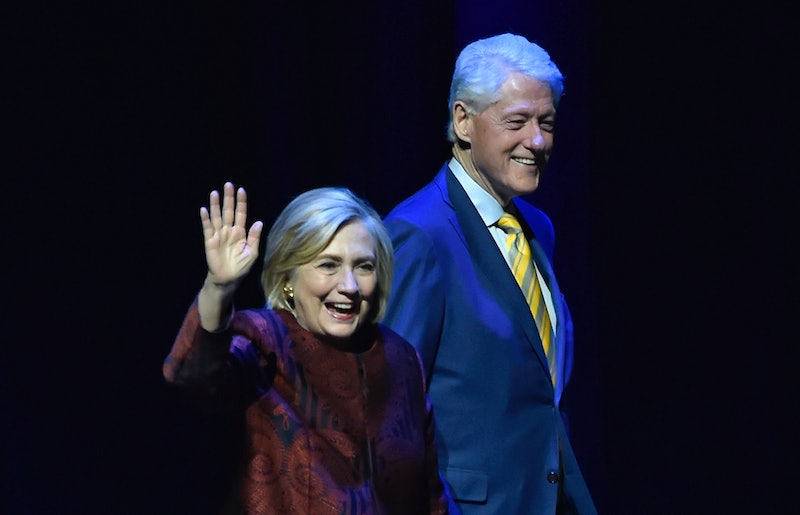 The third installment in FX’s American Crime Story anthology series, the show revisits Paula Jones’ sexual harassment lawsuit against Bill Clinton, Lewinsky’s friendship with Linda Tripp, and the infamous Starr Report that led to the House of Representatives impeaching Clinton on charges of perjury and obstruction of justice. (The Senate found him not guilty.) These events have now been public knowledge for over two decades, but Impeachment frames them through the lens of the women who were most distorted by the media at the time: Jones (Annaleigh Ashford), Tripp (Sarah Paulson) and Lewinsky herself (played by Beanie Feldstein).

Lewinsky serves as a co-producer on the series. She was initially hesitant to participate in the project, given how she was treated when the scandal first broke. “You go to bed one night a private person, and the next day you’re a public human being and the whole world hates you,” she recently told The Hollywood Reporter. “Just because I wasn’t on the news every night for 20 years in the same way that I was in 1998 doesn’t mean that this story ended. Ten years on, I still could not get a job. I couldn’t support myself.”

However, Murphy promised the project wouldn’t move ahead without her consent. He said the show would focus more on her than the Clintons, and that she could weigh in on the sets and scripts, which were written by playwright Sarah Burgess. “To me, the crime is that Monica, Linda, and Paula had no control over how they were perceived,” Burgess told The New York Times. “It was unbelievable, the hate.”

Lewinsky finally agreed to participate, and the result is a show that rings “gut-wrenchingly true” as a historical exploration, writes Ani Bundel for NBC News. “Murphy holds up an ugly mirror to society and reminds us of how we treated the women, like Lewinsky and Paula Jones, used by a powerful man. It’s a story we all know well, but told from the perspective of the women who were sneered at for experiencing what we now understand to be sexual harassment and sexual coercion.”

Lewinsky’s voice is felt throughout — she told The Hollywood Reporter that she sat with a therapist over Zoom while she made notes on the series so she “was not alone” — but the same can’t be said for the Clintons. The Clintons have not publicly commented on Impeachment, nor did they have a hand in any part of the production.

“No one, as far as we know, from the Clinton camp has seen this series,” executive producer Brad Simpson said at a Television Critics Association panel on Aug. 20, per Deadline. “Of course, I’m curious what they would think. I don’t imagine [Hillary Clinton] will watch, no matter how emphatic we are to her.”

According to Disney Television chairman Dana Walden, the Clintons have already had plenty of time to express their side of the story. “Bill and Hillary have both spoken and written books about this time in their lives, and they’ve had the opportunity to weigh in meaningfully and thoroughly with their feelings,” Walden told The Hollywood Reporter. “I also think that it’s fair and it’s right for there to be an opportunity for the women who were involved in this scandal to be able to have their truth told, beginning with Monica.”

Ultimately, this is a project meant to illuminate Lewinsky’s side, not the other way around. “The way this story has traditionally been told is the story of these great powerful men facing off: Bill Clinton versus Ken Starr, Newt Gingrich versus Bill Clinton,” Simpson told The New York Times. “We decided, from the beginning, we’re going to start with these women.”