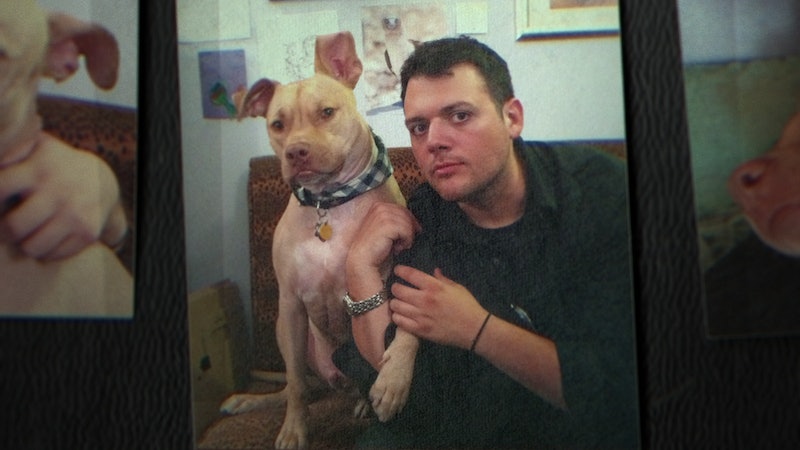 Netflix’s latest scam offering (there are a lot) is Bad Vegan: Fame. Fraud. Fugitives, the story of New York’s Pure Food and Wine. The buzzy, raw vegan restaurant was a popular pick for many celebrities — from Bill Clinton to Tom Brady, Gisele Bündchen, and Alec Baldwin, who met Hilaria there in 2011 after originally crushing on founder Sarma Melngailis.

In the limited series, which dropped March 16, Melngailis talks about Baldwin as if he’s the one that got away — but ultimately, she went on to start a relationship with the actor’s apparent Twitter friend, Shane Fox, whose actual name is Anthony Strangis. The new, mysterious man convinced her to get married (she’d be “protected” financially, he promised), and Melngailis said he soon moved on to bigger asks. Ultimately, he spent more than $1 million that she’d taken from the business in partial hopes that it would help her dog, Leon, live forever, per the couple’s 2016 indictment. The once-acclaimed restaurant was forced to close down in 2015 as a result and after the staff walked out over not being paid.

So, what does Strangis think about Bad Vegan? Though he didn’t reveal whether or not he actually watched the doc, he seems to be aware of its release. He even reached out to E! News via his attorney, Sam Karliner, and made his feelings clear. “He's gone on to live his life,” Karliner said. “He's got a job, uses his name, this is behind him, and she's behind him.”

It’s not clear where Strangis is working today, but Karliner said he “didn’t want to get involved” with the documentary because he’s moved forward. “He pled guilty to it, he owned up to it, and he did it long before Sarma did,” the attorney said. “His case was resolved probably close to a year before Sarma's was.”

Though Strangis has moved on, Karliner clarified to E! that the swindler “is remorseful for the people at the restaurant that lost money, and he took full responsibility for his part in that.” Despite being “aware” of his crimes — four counts of grand larceny in the fourth degree — “[Anthony] didn't go out to hurt them,” Karliner said.

As for where Strangis stands with his ex? Karliner said the pair is “not in touch” but that Strangis “really cared” for Melngailis and didn’t mean to deceive her upon first meeting. “Anthony had a past. He hid it from her initially — no one likes to come right out and say, ‘Hey, I got a criminal past.’”

As for Leon? Thankfully, Leon seems to be OK.