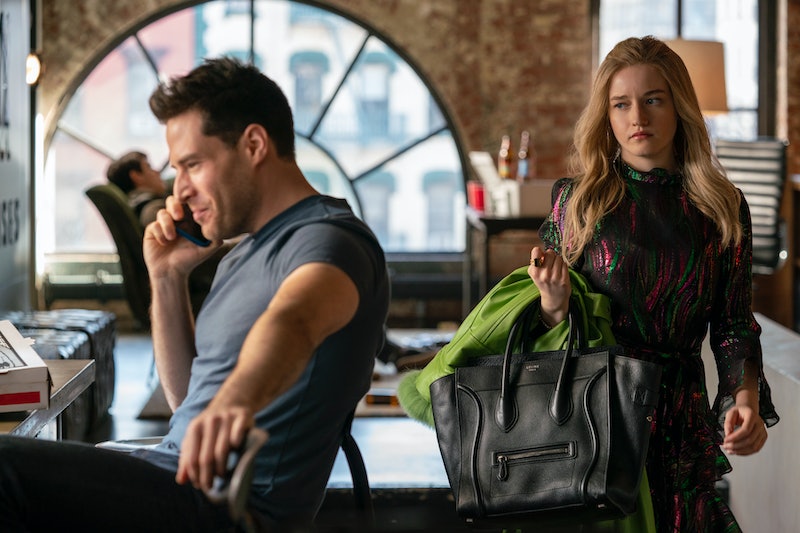 Discerning fact from fiction in Netflix’s Inventing Anna, the limited series inspired by the life and crimes of the fake German heiress Anna Sorokin, aka Anna Delvey, can be somewhat of a challenge. Some of the show’s details about the convicted serial fraudster are so bizarre — like Sorokin sending a taxidermied peacock — that viewers might think many of them are creative exaggerations. Though the Shonda Rhimes-produced show has a caveat for each episode (“This whole story is completely true, except for all the parts that are totally made up”), some of the more absurd details did actually happen.

One of the more curious tidbits is when Sorokin, played by Julia Garner, lives with Billy McFarland, the man behind the infamous Fyre Festival. Apparently, that part isn’t fiction; the two convicted scammers lived in the same space at some point, and the details surrounding that roommate situation are even stranger than what’s seen in the Netflix series.

McFarland (played by Garner’s Ozark co-star Ben Rappaport) mostly appears in Episode 4, and he and Sorokin interact in a couple of scenes. In one, she’s walking around their shared SoHo loft where McFarland can be heard talking about his new project in partnership with rapper Ja Rule. When Sorokin comments about an “out of control” party from the night before, McFarland responds with, “You’re not even supposed to be living here.” In another, Sorokin is working on her art foundation while McFarland excitedly shares his new project called “Fyre Festival” with a Y. They mock each other’s projects, and by the next episode, Sorokin moves on to a new residence. McFarland and his festival are mentioned in succeeding episodes when the infamous project — and its legal aftermath — made headlines. (McFarland was arrested for two counts of wire fraud and was sentenced to six years in prison in October 2018. He’s expected to be released in 2023.)

Throughout the series, Sorokin swindles a number of New York’s luxury hotels, staying for up to a few months without paying. According to Page Six, Sorokin also squatted at McFarland’s Wooster Street place in 2013, which was then the headquarters of McFarland’s other controversial project Magnises, a “credit card” company.

Per the outlet, Sorokin reportedly knew someone from McFarland’s team, had asked to “stay for a few days,” and then “wouldn’t leave.” She even attended some of the parties McFarland threw for Magnises. McFarland, who was apparently “nonconfrontational,” even reportedly “hinted” that he wanted her to leave, but she wouldn’t — extending her (unwelcome) stay for four months. They only parted ways when McFarland’s team moved their headquarters to a townhouse elsewhere. Sorokin allegedly stiffing a fellow grifter out of months-worth of rent would’ve been perfect for the series, but that story wasn’t fully fleshed out.

More like this
The First Trailer For 'That '90s Show' Includes So Many Nods To The Original Series
By Jack Irvin, Alyssa Lapid and Grace Wehniainen
Elizabeth Debicki On Her Approach To The Most Debated Scene From 'The Crown'
By Grace Wehniainen
Everything To Know About 'Elite' Season 7
By Jake Viswanath
The ‘Emily In Paris’ Season 3 Trailer Teases Major Career & Love Crossroads For Emily
By Bustle Staff
Get Even More From Bustle — Sign Up For The Newsletter