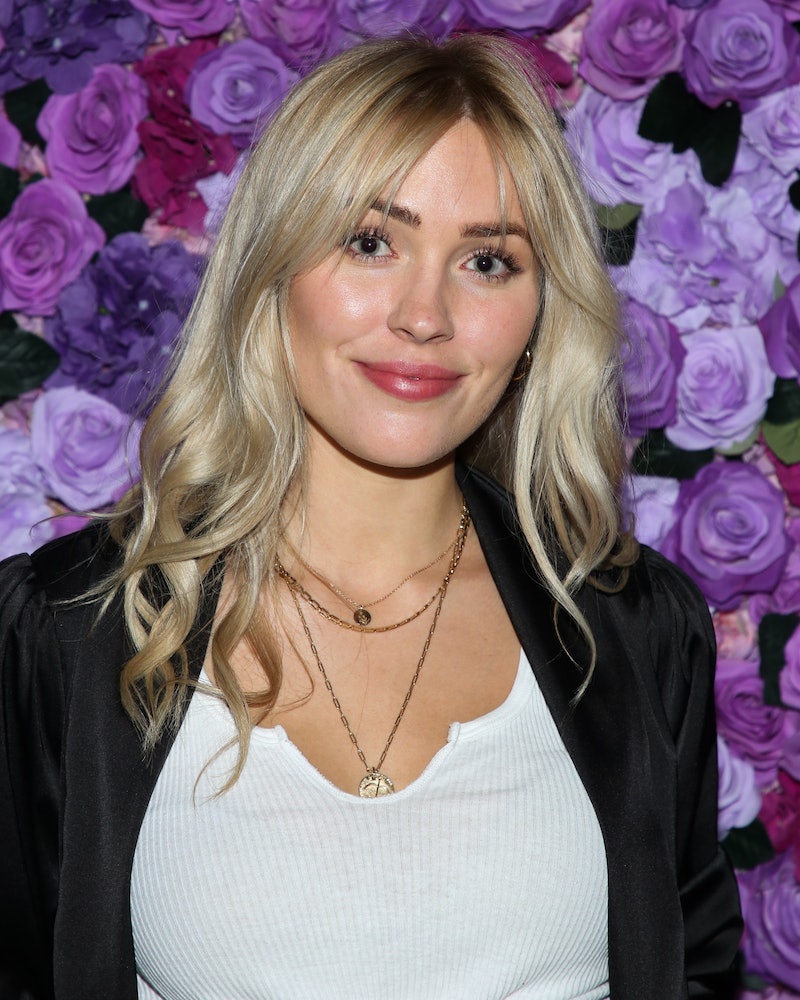 Colton Underwood is once again revisiting his messy breakup with Cassie Randolph in his new Netflix docuseries, Coming Out Colton. In conversations with friends and family, the former Bachelor admits he put his ex “through hell” while struggling with his eventual decision to come out as gay, referencing the restraining order Cassie filed against him following their split in May 2020. She alleged in court documents that Colton was “stalking and harassing her,” sending “unsettling text messages,” and had placed a tracking device on her vehicle. Though a judge granted her a temporary restraining order, Cassie ultimately dropped the case after she and Colton reached a private agreement.

“I was f*cked up. I was suppressing my sexuality so hard. I was taking medication daily to deal with depression and anxiety, and that made me a paranoid freak,” Colton says on the show. “I didn’t trust a whole lot of people, and I was trying to do anything and everything I could to protect a secret. I lost my mind, and I did some things, I said some things that I’m not proud of. That’s not me making excuses for what I did because I did f*ck up. I made mistakes, and I will take ownership in that.”

Don’t expect to hear Cassie’s take on things, though. She won’t be watching Coming Out Colton, nor was she consulted about the series, an insider told Us Weekly. “She wasn’t given any heads up as she hasn’t spoken to Colton in a long time,” the source claimed to the magazine. “She isn’t going to be talking about the documentary and isn’t going to be watching it, that’s for sure.” (Bustle reached out to representatives for Cassie about the series but has not received a response.)

The anonymous insider claimed that Cassie “only finds out about anything Colton-related if friends mention it to her or it comes out in the public,” and that while she still cares about her ex, she’s “holding back her feelings” because “she doesn’t want to say anything that would hurt [Colton].” The source concluded: “Cassie has truly moved on in life and wishes he wouldn’t keep talking about her or be part of anything that he’s profiting from, especially given their past and everything they’ve been through.”

After Netflix released the Coming Out Colton trailer on Nov. 29, another unnamed source told Page Six that Cassie was frustrated to see their ugly breakup back in the spotlight. “Cassie really just wants to move past any drama having to do with Colton. She’s being roped back into all this Colton mess because of the Netflix show,” the insider claimed. “There are a lot of bad memories associated with the end of their relationship and she wishes there was a way to completely separate herself from his narrative.”

Indeed, Cassie has put her past with Colton behind her, and she’s been dating musician Brighton Reinhardt since 2020. She recently revealed to People that they’d been friends five or six years and would hang out with each other’s siblings and families, but that things didn’t become romantic until recently. “Last year, we re-connected and it was game over from there,” Cassie told the magazine, adding that the relationship “feels so much more natural and better” than ones she’s had in the past.

"He’s honestly my best friend, which I think is such a key thing to have in a relationship,” she told People. “I feel like we get each other on a different level.”

More like this
Love Is Blind’s Natalie Claims Shayne Signed Up For 'Perfect Match' While They Were “Still Together”
By Brad Witter
Matteo Berrettini & Ajla Tomljanovic Split Shortly After Filming Break Point
By Brad Witter
'Bachelor' Star Cassie Randolph’s Sister Is In The 'Yellowstone' Spinoff '1923'
By Grace Wehniainen
Nick Kyrgios Wants To Marry His Girlfriend & Start A Family “Soon”
By Brad Witter
Get Even More From Bustle — Sign Up For The Newsletter
From hair trends to relationship advice, our daily newsletter has everything you need to sound like a person who’s on TikTok, even if you aren’t.