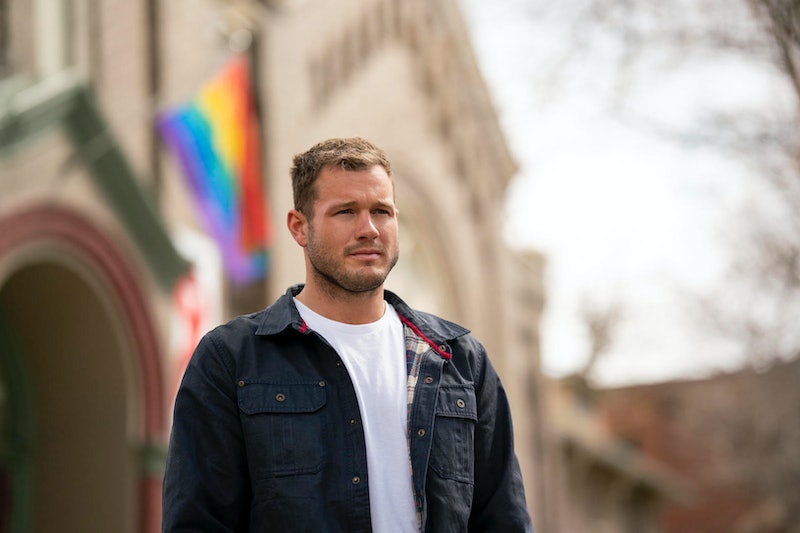 When former The Bachelor star Colton Underwood came out as gay during an April 2021 interview with Robin Roberts on Good Morning America, public reactions were split. While many fans praised the ex-NFL player’s courage and bravery, others saw his coming out as a convenient distraction from his ex-girlfriend Cassie Randolph’s stalking allegations against him. Shortly following his announcement, Variety reported news of a Netflix reality series following Underwood navigating life as a newly out gay man with Olympian Gus Kenworthy acting as his “gay guide.” Despite a Change.org petition demanding its cancellation garnering over 35,000 signatures, the streaming service is moving forward with the show, titled Coming Out Colton.

During his interview with Roberts on April 14, Underwood opened up about his past on The Bachelor, where he was marketed as the “virgin Bachelor” by ABC for his commitment to remaining abstinent until marriage. During his season, he memorably broke show rules to chase after Randolph, and the pair ended up dating — but not engaged. “Do I regret being the Bachelor, and do I regret handling it the way I did? I do. I do think I could have handled it better,” he said on GMA. “I just wish I wouldn't have dragged people into my own mess of figuring out who I was. I genuinely mean that.”

Following their time on The Bachelor, the couple called it quits in May 2020, and Randolph soon filed a since-dropped restraining order against Underwood, complete with allegations of stalking and harassment. “Since their breakup, Mr. Underwood has been stalking and harassing Ms. Randolph,” read a court statement. “He has sent her unsettling text messages, repeatedly called her, and placed a tracking device on her vehicle to track her whereabouts.” During his GMA interview, he issued a direct apology: “I'm sorry for the pain and emotional stress I caused. I wish it wouldn't have happened the way it did. I wish that I would have been courageous enough to fix myself before I broke anybody else.”

Here’s everything we know about Underwood’s forthcoming docuseries, including its plot, cast, release date, and trailer.

Over six 30-minute episodes, Coming Out Colton is set to chronicle Underwood’s coming out process and see him address his past, including The Bachelor, his football career, and his controversial breakup from Randolph. “I didn’t want to be gay, and the main voices in my head were just telling me, ‘You’ll get through this. You’ll get through this,’” he said in the series’ first trailer. “I never thought I was gonna come out. I thought I was gonna die with this secret.”

In the clip, Underwood discusses personal struggles with remaining dedicated to his Christian faith and continuing to play football while embracing his sexuality. He expresses wanting to come out due to shame and feeling “mortified” by certain actions he’s taken in reaction to the discomfort. According to the trailer, Season 1 will also see Underwood come out to his father, ponder his relationship goals, and dig into the reasons behind his behavior toward Randolph — all while receiving assistance from Kenworthy, his “gay guide.”

“Everybody’s coming out stories are different,” he said toward the trailer’s end. “I’m grateful to be able to add my story to the conversation.”

In addition to Underwood and Kenworthy, several friends of the former Bachelor are set to feature on Coming Out Colton, as well as his father, Scott Underwood. Furthermore, drag queens and fellow football players make appearances in the trailer. It’s currently unclear if Randolph will be part of the series, but considering her minimal comments on Underwood and their relationship since his coming out, a role on the show seems unlikely.

On Nov. 29, Netflix released the official trailer for Season 1 of Coming Out Colton. Alongside its reveal, the streaming service announced the docuseries would premiere on Dec. 3, though it’s currently unclear how many episodes will drop at a time.

More like this
G Flip Shared How They Got Romantic With Chrishell Stause & Discussed Babies
By Brad Witter
Becca Tilley Confirmed Her & Hayley Kiyoko’s 4-Year Romance With A Heartfelt Note
By Brad Witter
Christine Quinn Says She & This Co-Star Got Paid The Most For 'Selling Sunset'
By Grace Wehniainen
When Was 'Bling Empire' Season 2 Filmed?
By Alyssa Lapid
Get Even More From Bustle — Sign Up For The Newsletter