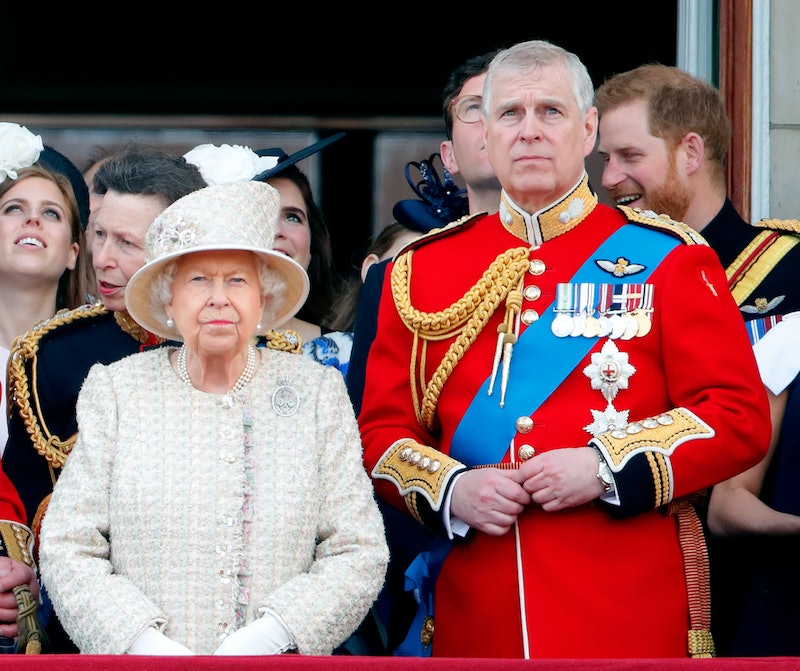 The inner workings of Buckingham Palace and the royal family never cease to intrigue, but with announcement of the Duke of York’s out-of-court settlement with Virginia Giuffre, and all the drama leading up to it, the obvious question is how does the Queen feel about it all? (Yes, I can only imagine. Giuffre filed a civil sexual assault case against the senior royal in the U.S., claiming that he sexually assaulted her three times when she was 17-years-old.) While official royal comment is not exactly forthcoming, we do have insights through other means, including reports that the Queen reportedly doesn’t want Prince Andrew involved in her Platinum Jubilee celebrations.

The Duke of York repeatedly denied the allegations and vowed to protest his innocence. However, on Feb. 15, it was revealed that Andrew had agreed to pay Giuffre a significant sum of money to settle the case out of court. The Telegraph reported that Andrew will pay out more than £12 million, and his mother, the Queen, will help fund the payment using money from her private Duchy of Lancaster estate. As per the Daily Mail, the decision to settle the allegations out of court was intended to put an end to the scandal ahead of Queen Elizabeth II’s Platinum Jubilee celebrations — which the Duke of York is reportedly banned from attending or participating in.

The Queen herself has not publicly commented on the scandal surrounding Prince Andrew, nor his involvement in the forthcoming Jubilee celebrations. However, according to the newspaper, royal sources claim that the Duke of York’s detrimental effect on the monarchy has been “widely discussed” between senior members of the royal family.

“He has ruled himself out of any public role by virtue of his appalling lack of judgment and poor choice of friends and associates,” one royal source told the Daily Mail.

Meanwhile, another royal insider claimed that the settlement will likely mean Prince Andrew will be allowed to attend Duke of Edinburgh’s memorial service in March 2022. However, it would be in a private capacity and he would not be permitted to attend any of the Queen's Platinum Jubilee events.

Elsewhere, the former Royal protection officer, Paul Page, told The Sun that Prince Andrew’s decision to settle Giuffre’s civil sexual assault case out of court was likely down to interventions from his mother. “This wasn't his decision, this was the Queen's,” Page told the newspaper.

Per Daily Mail, the Queen stripped Prince Andrew of his remaining military affiliations and patronages in January 2022. This could further indicate that the Duke of York will indeed be excluded from her majesty’s forthcoming celebrations. Although, as mentioned, the Queen has made no public comment on the matter.

More like this
Meghan & Harry Respond To Jeremy Clarkson’s "Apology" Over *That* Column
By Sophie McEvoy
Watch Jacinda Arden’s Devastatingly Honest Resignation Speech
By Sam Ramsden
You’ll Definitely Recognise The Stars Of Amy Winehouse’s Biopic
By Maxine Harrison
Jemima Khan Used Her Own Life As Inspo For 'What’s Love Got To Do With It?'
By Darshita Goyal
Get The Very Best Of Bustle/UK
Sign up for Bustle UK's twice-weekly newsletter, featuring the latest must-watch TV, moving personal stories, and expert advice on the hottest viral buys.