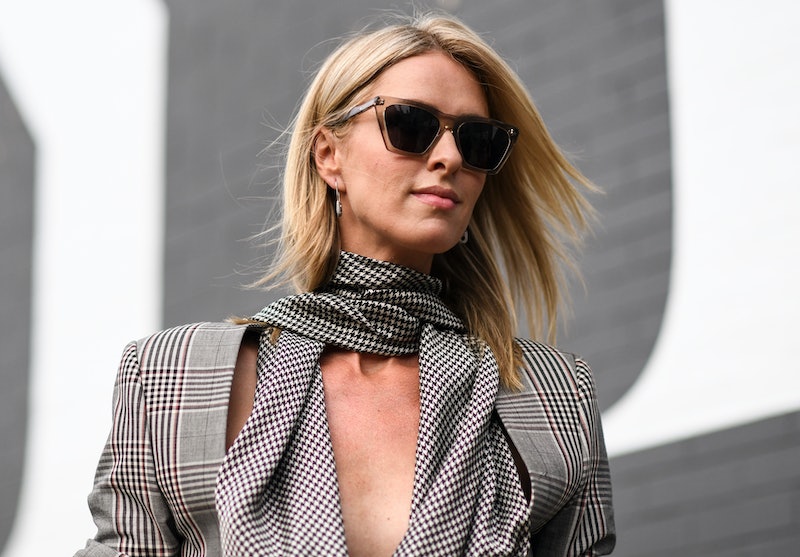 The new YouTube documentary This Is Paris reveals details about Paris Hilton of which fans were previously unaware, but Paris isn't the only Hilton heiress who's featured in the doc. Her younger sister Nicky is also a frequent presence in the film, offering a calming, loving, and steady voice to Paris. The younger Hilton sister has usually come across publicly as the mellower of the two, and if you look at where Nicky Hilton is in 2020, that's still the case.

The second-oldest child of Richard and Kathy Hilton goes by Nicky Hilton Rothschild these days, following her 2015 marriage to James Rothschild. James is a member of the Rothschild family, which has long had a reputation as one of the wealthiest families in the world. She and her husband are also parents to daughters Lily-Grace and Teddy, born in 2016 and 2017, respectively, and a look at Hilton Rothschild's Instagram shows an entirely different world than that of her sister. While Paris' Instagram feed is filled with videos featuring lavish parties, celebrities, and promotions, Hilton Rothschild's portrays a much tamer reality. She mainly shares posts relating to her family, fashion, and charity work.

Over the course of her life and career, Hilton Rothschild has kept many irons in the fire — her official website describes her as a "businesswoman, fashion model, socialite, celebutante, heiress, and fashion designer." These days, it's the latter occupation that seems to take up most of her time. In 2019, she launched her own shoe brand called Nicky Hilton x French Sole, which she sells on her website. It's just the latest in a series of fashion collaborations the designer has done over the years. She previously has released two clothing collections with Tolani and a makeup collection with Smashbox, among others.

In addition to her work as a fashion designer and a mother, Hilton Rothschild has recently spent time supporting her sister. While attending New York's Fashion Week on Sept. 14 in New York, the designer spoke to E! News about the experience of watching her sister's documentary. "We watched it together. We laughed. We cried. I'm just so proud of her, because going through so much trauma and reliving it with the whole world watching is very brave," Hilton Rothschild said. "I've got so many messages today from people I know who've been through similar things, from strangers saying, ‘I'm so happy that I don't feel alone anymore.' I'm so thrilled that she did it."