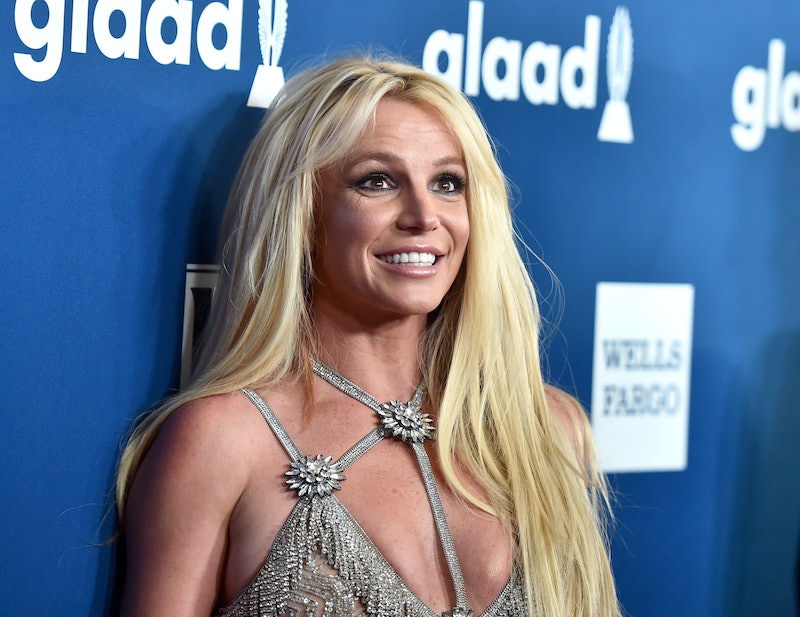 Britney Spears is truly stronger than yesterday after her 13-year conservatorship was finally terminated on Nov. 12. In a video posted to Instagram on Nov. 16, Spears revealed some of her post-conservatorship plans, including her desire to become an ally to other people under conservatorships. She may not have indicated whether she wants to perform or record music again, but she did hint at potentially talking to Oprah Winfrey for a tell-all interview.

In the new video, Spears answered fans’ most common question: “What am I going to do now that the conservatorship's over with?” The singer said she was most grateful for just being able to do simple things without the approval of a conservator, like “being able to have the keys to my car, being able to be independent and feel like a woman, and owning [an] ATM card, seeing cash for the first time, [and] being able to buy candles.”

But as Spears said, she’s not here to be a victim of her former situation. “I lived with victims my whole life as a child,” she added. “That's why I got out of my house, and I worked for 20 years and worked my ass off.” Instead, she wants to pivot her focus to other conservatees, especially those with disabilities whose voices have been silenced. “I'm here to be an advocate for people with real disabilities and real illnesses,” she explained. “I'm a very strong woman, so I can only imagine what the system has done to those people. So hopefully, my story will make an impact and make some changes in the corrupt system.”

However, she still has some things to get off her chest. In the caption of her post, Spears hinted at the possibility of doing the interview with Winfrey that fans have been asking for, albeit in a joking manner. “I might as well do a hint of my thoughts on the gram before I go and set things square on @Oprah,” she wrote, adding shrug and funny face emojis. “I mean who knows.” Previously, US Weekly reported that Spears didn’t want to tell her story in a televised interview, but perhaps she’s reconsidering.

She went on to voice more of her feelings about how her family acted while father Jamie served as her conservator, after speaking out against them in previous Instagram posts. “Honestly it still blows my mind every day I wake up how my family and the conservatorship were able to do what they did to me … it was demoralizing and degrading !!!!” she wrote. Spears added that she wasn’t even “mentioning all the bad things” that happened and called for her family to be jailed, including her “church going mother,” Lynne. “I’m used to keeping peace for the family and keeping my mouth shut … but not this time,” she wrote. “I have NOT FORGOTTEN and I hope they can look up tonight and know EXACTLY WHAT I MEAN !!!!”

That said, Spears is mostly grateful and ecstatic about her newfound freedom. After saying on Nov. 15 that she planned to celebrate the end of her conservatorship “for the next two months,” Spears ended her video by thanking her fans once again, saying the #FreeBritney movement helped her more than they ever knew. "My voice was muted and threatened for so long, and I wasn't able to speak up or say anything,” she said. “Because of you guys and your awareness of kind of knowing what was going on, and delivering that news to the public for so long, you gave awareness to all of them... I honestly think you guys saved my life, in a way. 100 percent.”