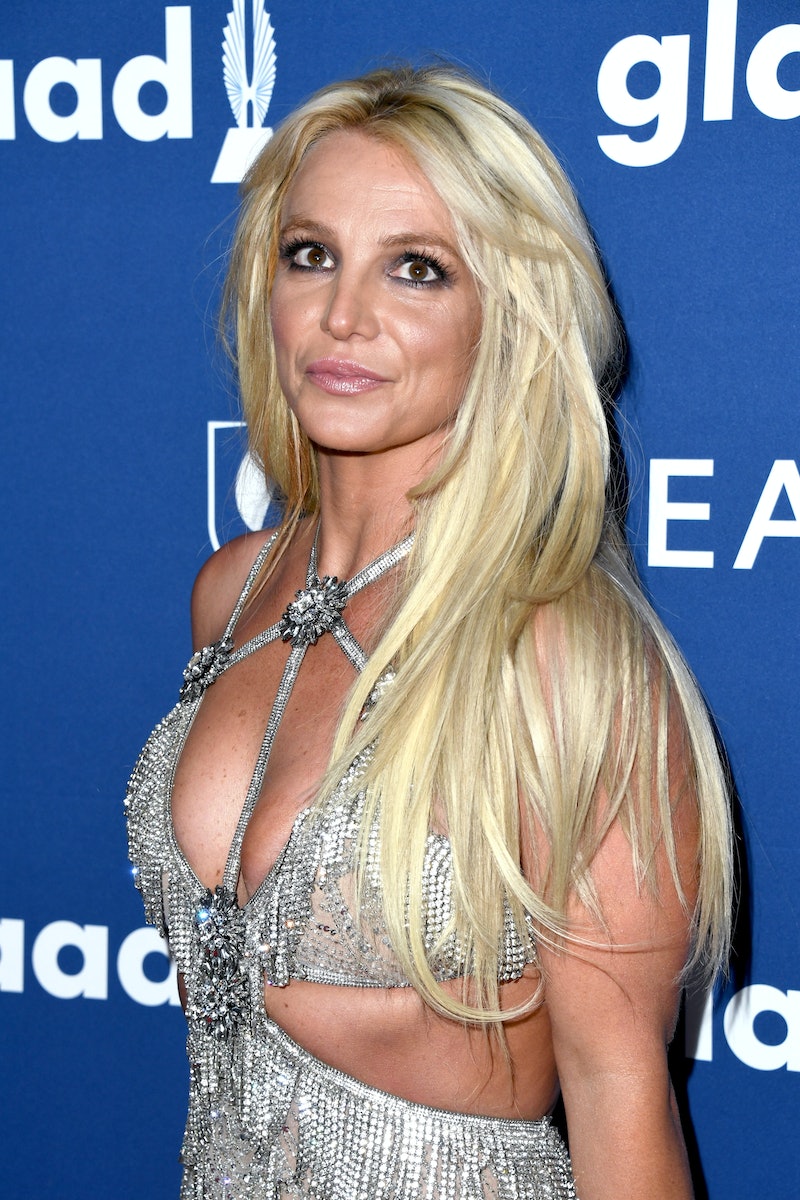 Following Prince Harry and Meghan Markle’s bombshell interview with Oprah Winfrey, Britney Spears’ fans began wondering if the pop princess would ever do a tell-all interview of her own. She’d certainly have a lot to discuss regarding the state of her conservatorship, her relationship with her parents, everything else touched upon in her June and July court hearings, and FX and Hulu’s much-watched The New York Times Presents: Framing Britney Spears documentary. In March, a source close to the singer told Entertainment Tonight that while she has “always hated doing interviews,” if she were to sit down for a revealing chat, “Oprah would most likely be her first choice.” But on March 21, Us Weekly reported that per another source, she does want to tell her story — just not through a televised interview.

“The report about Britney considering a tell-all is greatly exaggerated and essentially giving false hope to the fans who tweeted calls for it after the Harry and Meghan interview,” the source said. “Britney would like to tell her story and has always wanted to write a memoir, but the conservatorship makes that difficult, and it’s not something on her immediate radar, anyway.”

Per a second insider who spoke with the magazine months before her recent court statements, Spears would prefer to speak out on her own terms, which likely would not involve television. “Britney hasn’t mentioned doing an interview. She wants to speak and could do so on social media with the assistance of [boyfriend Sam Asghari] on his platforms if it got to be this emergency situation for her,” said the second source. “She doesn’t want to be filtered.”

This much has proven to be accurate as Spears later shared her true sentiments via Instagram. Following her June 23 court hearing, Spears shared, “I apologize for pretending like I’ve been ok the past two years … I did it because of my pride and I was embarrassed to share what happened to me.” Speaking about how she kept her conservatorship issues private and aimed to maintain a positive Instagram presence, she added, “I feel like Instagram has helped me have a cool outlet to share my presence … existence … and to simply feel like I matter despite what I was going through and hey it worked … so I’ve decided to start reading more fairy tales 👑🧚‍♀️🦄 !!!!!”

And after a judge approved her request to retain her own legal counsel on July 14, Spears posted:

“Coming along, folks ... coming along 🖕🏻!!!!! New with real representation today ... I feel GRATITUDE and BLESSED !!!! Thank you to my fans who are supporting me ... You have no idea what it means to me be supported by such awesome fans !!!! God bless you all !!!!! Pssss this is me celebrating by horseback riding and doing cartwheels today 🤸‍♂️🤷‍♀️🐎 !!!! #FreeBritney”

Spears has been under a conservatorship since 2008 with her father, Jamie Spears, overseeing her person and estate. Also involved are attorney Andrew Wallet, who resigned from the case in March 2019, and licensed fiduciary Jodi Montgomery, who took over Jamie’s duties in September 2019 due to health concerns. Montgomery’s role will be handed back to Jamie in August 2021, though his pop star daughter has revealed through court documents that she is “strongly opposed” to having him return.

The pop princess’ preference for telling her story via social media makes sense considering she’s an avid Instagram user, constantly sharing messages, photos, and videos with her fans. Also, Asghari has been known to step in online when he feels it’s necessary. On Feb. 9, he took to his own Instagram page to write, “Now it’s important for people to understand that I have zero respect for someone trying to control our relationship and constantly throwing obstacles our way.” He added, “In my opinion Jamie is a total d*ck,” refusing to elaborate as he’s “always respected [his and Spears’] privacy.”

In a March interview with CNN, Jamie’s attorney Vivian Lee Thoreen said that Spears’ father “would love nothing more than to see Britney not need a conservatorship.” She added, “Whether or not there is an end to the conservatorship really depends on Britney. If she wants to end her conservatorship, she can file a petition to end it.”

After Framing Britney Spears premiered on Feb. 5, Netflix announced its own documentary focused on the pop star, her conservatorship, and the #FreeBritney movement from filmmaker Erin Lee Carr. Whether or not the singer will be involved is yet to be determined, though a statement at the end of FX and Hulu’s documentary claimed that while the production team attempted to contact Spears, it’s unclear if she received their requests. In an Instagram post from March 1, the “...Baby One More Time” icon revealed that she’s devoted to “lots of tea and healing” this year. “I’m working on allowing myself to not be so strong all the time and to know it’s ok to cry,” she wrote. “I pray for deep healing this year for all of us and I hope we can all inspire each other.”