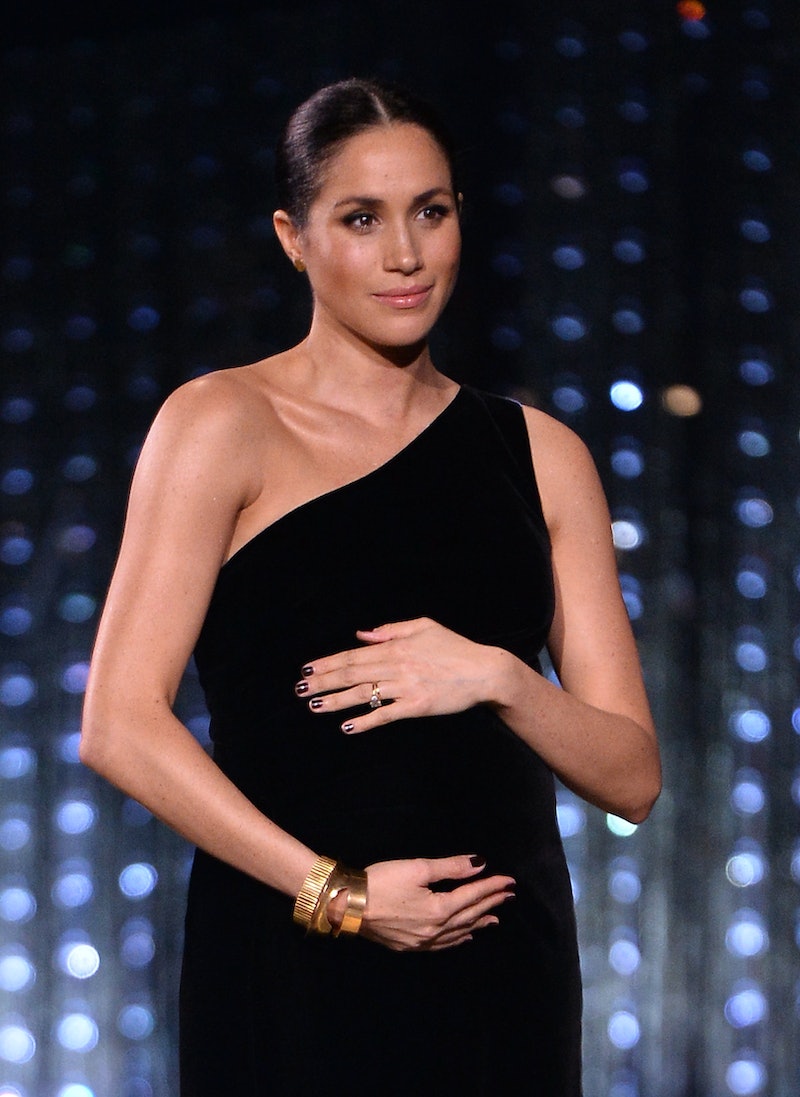 Meghan Markle and Prince Harry's bombshell CBS interview delivered some jaw-dropping moments, but one revelation that brought a little joy for the audience was their rather unexpected sex reveal. Speaking to Oprah, Meghan and Harry revealed that they are expecting a girl. Which begs the question: what will Meghan and Harry name their daughter?

Meghan revealed that her due date is “sometime in the summer”, though she kept specifics to herself. "To have a boy then a girl — what more can you ask for?" she said. Harry agreed, saying he was "grateful. Having any child, any one or a two would have been amazing, but to have a boy and then a girl ... now we've got our family, and we've got four of us," he said.

The Sussexes' pregnancy announcement came 37 years to the day that Diana announced her pregnancy with Harry, which many have taken to mean as a sign that the couple could consider naming their youngest child after the late Princess of Wales. Prince William's, daughter Princess Charlotte, is already named after Diana, prompting royal watchers to suggest Harry and Meghan might opt for something else entirely. As noted by Town & Country, the Sussexes choice of Archie's name – Archie Harrison Mountbatten-Windsor – proves their " willingness to break from tradition."

According to a source who spoke with Page Six, Harry and Meghan won’t choose the name Diana because they believe “it would make her a bigger target for the media” and “considerably increase public interest in the child’s life.” They added that the couple also “fear” the name “would place too much pressure on the child and make everything difficult, from enrolling her in school to travel. And they want her to find her own way in life.”

Betting sites however refuse to believe that. According to OddsChecker, Diana is the current favourite, with odds of 9/2. Since the couple announced the pregnancy, fans have speculated that the name may start with the letter A, in keeping with Archie. Prior to the Oprah interview being broadcast, popular UK betting site Ladbrokes placed Alexandra as a frontrunner with odds of 4/1.

Per OddChecker, other potentials include Elizabeth, Alice, and Grace, all with 16/1 odds. Different betting sites have suggested different odds. Per Gambling.com, Diana is still the frontrunner with 3/1 odds, followed by Grace at 10/1 odds and Alexandra at 12/1 odds. For Coral, Diana is only second in running at 5/1 odds, the first being Philippa at 2/1 odds.

Ladbrokes have predicted the choice of Philippa too, a name that would pay a heartwarming tribute to the Duke of Edinburgh, who died on April 9 aged 99. "Over the last few weeks, the odds on baby Philippa have been backed heavily by royal punters, which has forced the moniker into favouritism from 33/1,” a Ladbrokes rep told the Mirror. “It would be an incredibly touching gesture for Harry and Meghan to call their firstborn daughter Philippa, and fans of the couple are seemingly convinced there will be a nod to Harry's mother and grandparents somewhere in the little girl's full name." (Princess Eugene and Zara Tindall both named their sons after the late Duke, too.)

There’s a couple of unexpected contenders in the mix too. One being Lily. According to a royal expert at OK!, the floral baby name would pay homage to the Queen’s childhood moniker of ‘Lillibet’. The name would defeat all odds suggested by the bookies, but this wouldn’t be the first time – the choice of Archie was one of the biggest surprises in Royal betting history, one bookmaker told OK!. Other signs that add to its potential include the fact that Meghan herself chose the Lily of the Valley flower for her bridesmaids’ flower crowns; and that back in 2019, Harry had taken an interest in the name during a walkabout in Merseyside.

The Express has also reported the possibility of Amy as a potential baby name. While unlikely, and not at all considered in the bookmakers’ odds, the name stems from an anecdote by seven-year-old Megan Dudley from Birkenhead. She told the Express that she had offered the Duchess suggestions on baby names: “I asked her whether she would call her baby Amy if she has a girl,” to which the Duchess replied, “That’s a really pretty name, I like it. We’ll have to think about it.”