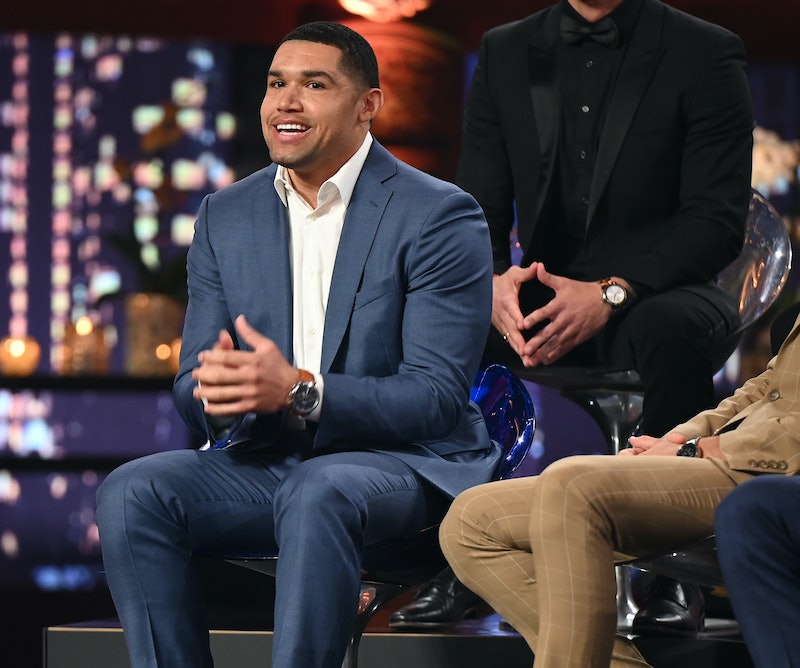 Bachelorette contestant Rodney Mathews won viewers over the moment he stepped out of the limo in an apple costume. A fan favorite throughout Michelle Young’s season, the 29-year-old former football player continuously proved himself to be one of the most endearing and genuine men in the cast. But he always felt like a bit of an underdog, and Michelle ultimately eliminated him following his hometown date in the Nov. 30 episode. Afterward, she explained that her feelings had simply “moved quicker in other relationships,” assuring Rodney that he was more than “enough” as a partner.

“To Michelle, thank you so much for helping me grow throughout this process. I had no idea what was in store for me and you guided me through every step of the way allowing me to open up and be vulnerable,” Rodney wrote in an Instagram post following his exit. “I thank you for being you.”

Here’s everything he’s been up to since filming for The Bachelorette ended in early September.

What Rodney Is Doing Now

Rodney doesn’t frequently post on social media, but based on his Instagram, he’s been hanging out at the beach and reflecting on his time on The Bachelorette since leaving the show. Notably, he praised Michelle for leading one of the most diverse seasons of the franchise yet. “History was made last night! First time in Bachelor Nation history where the final four are all POC,” Rodney wrote in a post on Nov. 24. “I have to thank Michelle for allowing this moment to be real and seen. Diversity and inclusion is so important in today’s society. Next, I have to commend these men who I couldn’t be more proud to stand beside. No matter what the outcome is, these are my brothers. I’m so thankful to be a part of this group.”

As for what Rodney has been up to on Twitter, he’s mostly been liking football-related posts, particularly from his high school and former college, California State University, Fresno.

Is Rodney Dating Anyone?

It doesn’t appear that Rodney is currently dating anyone, though to be fair, it’s barely been three months since he was on the show with Michelle, and he’s likely had to keep a low profile to avoid spoilers. In fact, Michelle seems to be the only woman Rodney has posted about on Instagram in quite some time. “Last night was definitely a night I’ll never forget. I’m so thankful for moments like this,” he captioned a Nov. 3 photo of him and Michelle. In his exit post, he noted that he’ll “always be Team Michelle rooting for [her] happiness.”

Will Rodney Be On Bachelor In Paradise?

Bachelor in Paradise typically airs every August, so the 2022 cast likely won’t be announced for many months to come. But we know the season will likely feature some of Michelle’s men with women from Clayton Echard’s upcoming Bachelor season and a few older fan favorites. We don’t yet know if Rodney will be heading to Mexico to find love again, but now is the perfect time to let production know if you want to see him there! Fans are already posting about how they can’t wait to watch Rodney on BiP, with one viewer betting that “girls would be lining up to date” him on the beach. Another fan also has an early prediction: “Rodney will definitely find love on Bachelor in Paradise.”