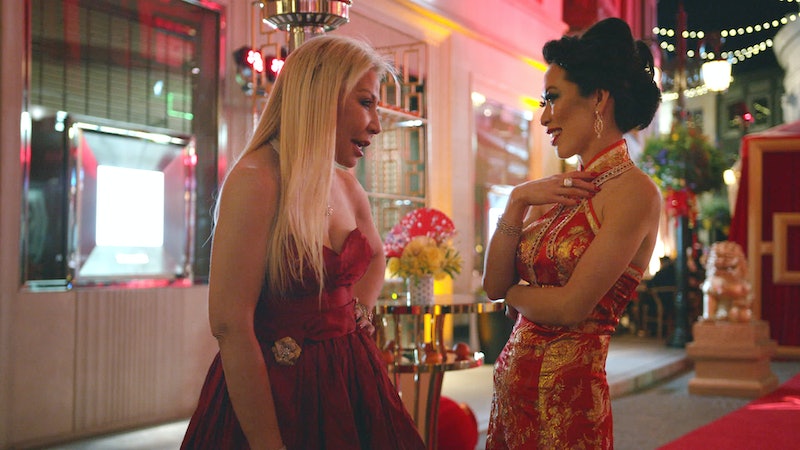 The lack of masks and social distancing in Netflix's Bling Empire makes it pretty clear that it was filmed pre-pandemic. But you might be surprised to learn exactly how long the show predates lockdowns. In a Jan. 11 interview with Los Angeles news station KTLA5, cast member Dr. Gabriel Chiu confirmed that taping wrapped two years ago, meaning filming took place in 2019.

If you pay close attention to the show's trailers, that timing makes sense. Various scenes match up with the cast's Instagrams from that year. For example, clips from Dr. Chiu and his wife Christine's grand Chinese New Year Celebration appear in one preview, and that party took place in February 2019.

At the time, there wasn't much Asian representation in reality TV, though the success of Crazy Rich Asians in 2018 sparked an interest in the real-life ultra-wealthy Asians the hit movie centers on. Now, Bling Empire joins the club started by HBO Max's House of Ho, which similarly was billed as a real-life Crazy Rich Asians.

When you watch Bling Empire, it might be a little odd stepping back what feels like decades, but as Christine puts it, the time travel offers some much-needed escapism in addition to some seriously entertaining reality-TV antics. "With #BlingEmpire we’ll be able to ‘escape’ and reminisce a land that now seems so far away," Christine wrote on Instagram on Jan. 11. "Here’s to one part escapism and one part optimism for a brighter new year."