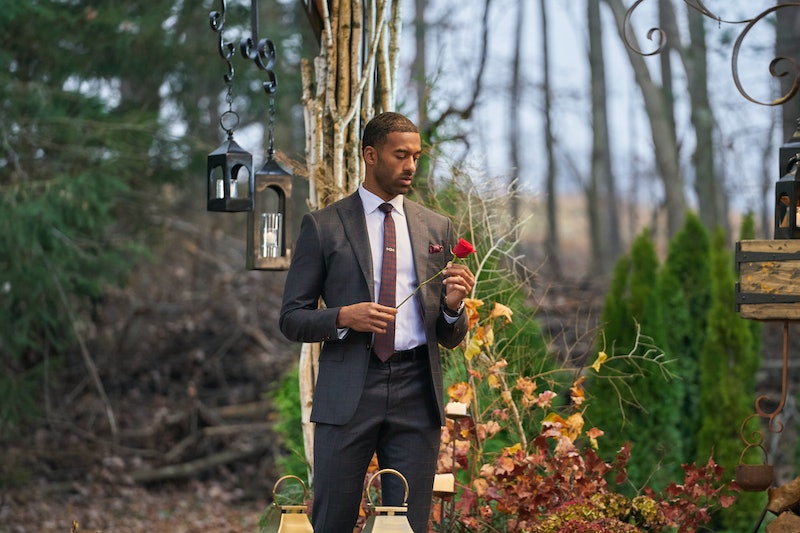 Even before ABC announced that NFL vet and author Emmanuel Acho was filling in for Chris Harrison as host of Bachelor Matt James’ After the Final Rose, the March 15 post-finale episode was already slated to veer from tradition. Although the special typically airs live, Matt’s ATFR was pre-taped on March 5, according to Reality Steve, who also reported that ABC slightly pushed back the “first taped ATFR in a long time” from its planned March 1 shoot date following the host switch.

After temporarily stepped back from The Bachelor in February, Harrison wasn’t part of the Season 25 ATFR, but he and Acho had several conversations prior to the taping. As the Uncomfortable Conversations with a Black Man writer explained to Rachel Lindsay during a March 12 Extra interview, they had “spoken at length over the last two weeks,” describing their chats as “very helpful” and a “positive dialogue.” The NFL vet also encouraged viewers to give Harrison “the opportunity, the grace, and the time to do the work” after he defended finalist Rachael Kirkconnell’s past racist behavior.

Although Acho couldn’t reveal what happened at the AFTR taping, Kirkconnell will assuredly have some explaining to do after photos of her attending an antebellum-themed party in 2018 surfaced and TikTok users claimed she had liked racist posts. (Kirkconnell previously issued an apology for her racist actions, asking those defending her to “please stop.”) Acho did, however, speak hypothetically about the pressure James might face to break up with Kirkconnell if he does choose her over Michelle Young in the Bachelor finale.

“Matt’s in a tough position… If you are Black with someone who is racially insensitive, you don’t have the same luxury to continue to endure that relationship without pushback from society,” he explained. “But we had conversations that I don’t think have ever been seen or had on linear television… America will be gripping the edge of their seats as they watch this dialogue that they’ve likely never seen before.”

ATFR promos also tease a “jaw-dropping announcement,” with Acho adding that Bachelor Nation should “get ready for a curveball.” Various reports suggest the twist relates to the next Bachelorette, and that not one, but two women were named as leads. What is already known, however, is that Harrison won’t return as Bachelorette host either, and franchise alums Tayshia Adams and Kaitlyn Bristowe will step in to “support the new Bachelorette through next season,” per ABC.

Regardless of what happens moving forward, Acho noted that his number one goal for ATFR is to help bring some healing and reconciliation to Bachelor Nation. “There is so much tension between the photos that have surfaced around Rachael Kirkconnell that’s like, wait a second… Let’s try to seek understanding first before we seek tension,” he added in his Extra interview with Lindsay. “And then number two is adequately tell these love stories. Matt is on a journey, and instead everything to a degree [is] overshadowed by him being the first Black Bachelor… So let me honor Matt and his journey of love, especially as it comes down to these final couple of women.”